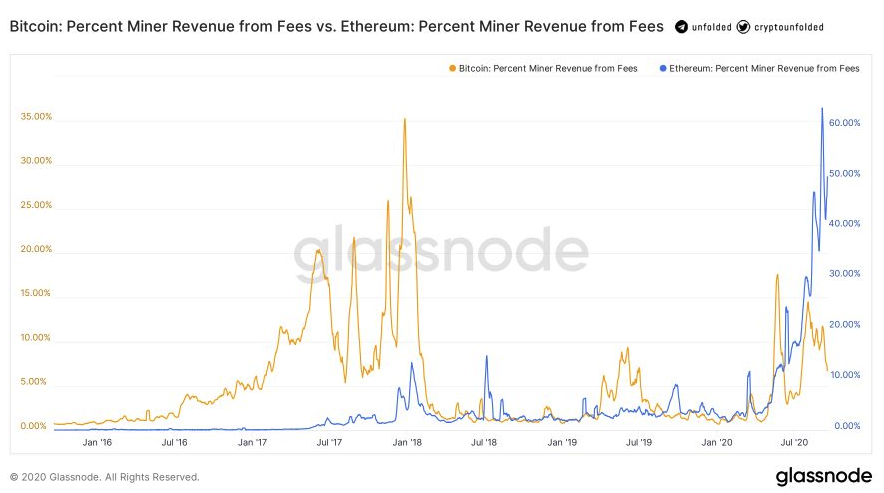 While Ethereum miners are enjoying the current market conditions, the hash rate and the network difficulty is surging. As the ETH’s price started to plummet at the beginning of September, the miners’ revenues were also expected to drop. However, the rising hash rate indicated that the miners were still in profit mining Ether. 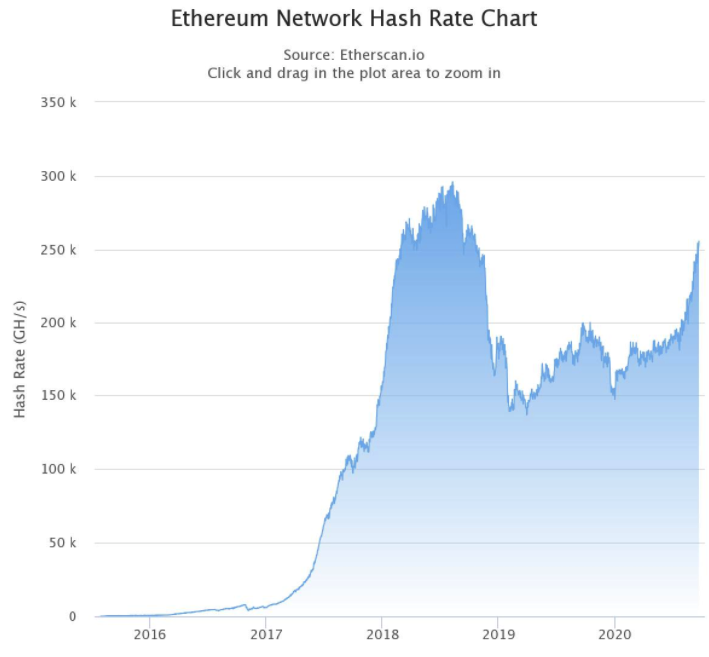 Etherscan data shows that the hash rate has recently reached a two-year high of 255 terahashes per second. This was reportedly due to NVIDIA’s fastest graphic cards, the GeForce RTX 3090. As the mining gets sophisticated, more miners are joining the network. This has contributed to the surging difficulty of the system. 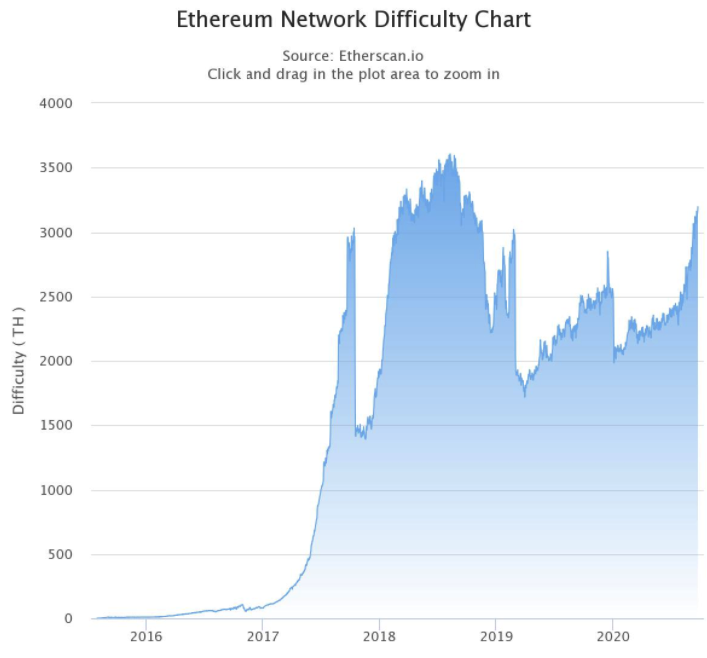 Although the miner revenue from fees was high, the ETH gas cost has seen a notable decrease in the past few days. The average gas price on 17 September was close to 538 Gwen. This value on 21 September fell to 176.

Cameron Winklevoss, the co-founder of the Gemini exchange, recently said that the DeFi revolution is not the same as the 2017 ICO trend.

Decentralized finance is a fast-growing segment in the cryptocurrency space. DeFi gives investors the chance to earn yield in exchange for providing liquidity to the market. It is a market that has been defined by its erratic movements that produce both high returns and sudden losses. For instance, some DeFi assets like Airswap, Kava and Nectar tumbled by 40% in the last 30 days.

Reflecting on these erratic movements, Diginex CEO Richard Byworth had compared the ongoing DeFi boom to the ICO craze in 2017. He was not the only one who made this comparison. Messari’s Ryan Watkins had also compared DeFi’s recent market pullback to that of ICOs in 2017, saying “bull markets never go up in a straight line.”

In the 12-hour price range, the second-largest coin by market cap bounced up from the $320 support line and broke above the SMA 200 curve and the ascending triangle formation. The price has now encountered resistance at the $350 line and fallen down.

The price bounced up from the $320 line in the hourly chart and managed to do six consecutive bullish sessions, forming a flag pattern. To continue this bullish momentum, ETH needs to bounce back up from the upward trending line and break above the $350 resistance line.

Ethereum network activity and high gas prices have resulted in ETH miners earning more profits. Gemini exchange co-founder Cameron Winklevoss believes that the DeFi is different from the ICO trend.  Ethereum miners earn high profits amid the surging network difficulty  Uniswap’s recent launch of the UNI token drove up the gas cost on the Ethereum network. This resulted in miners earning close to $1 million in fees in just one hour. Additionally, Ethereum network activity has resulted in ETH miners making more from transaction fees.  While Ethereum miners are enjoying the current market conditions, the hash rate and the network…