Ethereum price rallied approximately 15% between February 8 and 10. However, a failure to close above the ascending parallel channel has resulted in a pullback into the consolidation pattern.

Ethereum price suffered a 6.5% drop on Tuesday’s session, which temporarily paused its upward momentum. Now, ETH trades between two crucial levels, ranging from $1,760 and $1,700. A close above the $1,760 level could cause FOMO among retail investors, which indicates an end to the consolidation channel. Hence, the resulting buying pressure could propel the coin by 10% to $2,050. 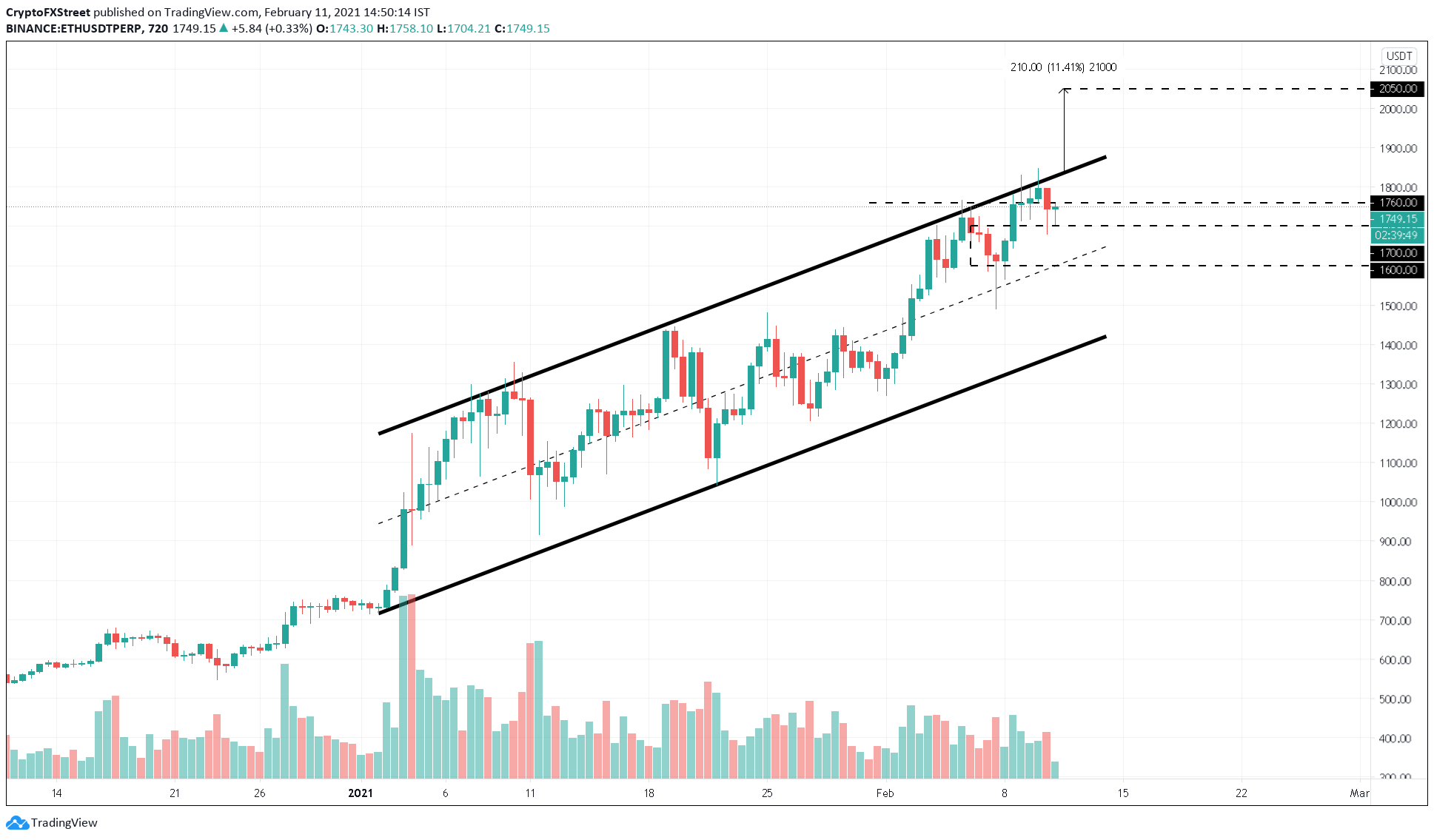 Adding credence to the bullish scenario is IntoTheBlock’s In/Out of the Money Around Price model. This on-chain metric shows that the support for ETH ranges between $1,700 to $1,600, where roughly 800,000 addresses have purchased a whopping 13 million ETH. However, the resistance at $1,760 has about 195 addresses holding only 1.5 million ETH.

Consequently, a bounce from this support range seems inevitable.

Adding credence to this bullish outlook is Santiment’s holders distribution chart, which shows a steady increase of 2.6% in the number of whales holding between 100,000 to 1 million ETH from February 6 to 11. Whales holding 1 million to 10 million ETH has risen from 8 to 9, a 12.5% increase, suggesting that whales are confident in Ethereum’s upswing potential.

On the flip side, a sudden market crash pushing the price below $1,600 could prove fatal to the smart contracts token. This could put many investors underwater, triggering a cascading sell-off that could push ETH as low as $1,500.

Ethereum price is stuck between two crucial levels as it failed to break out of the ascending parallel channel. ETH bulls could emerge victorious as IOMAP shows a massive cluster of investors ranging from $1,700 to $1,600. Increasing whale activity suggests that a retest of the channel could be possible. Ethereum price rallied approximately 15% between February 8 and 10. However, a failure to close above the ascending parallel channel has resulted in a pullback into the consolidation pattern. Ethereum price prepares to resume the bull rally Ethereum price suffered a 6.5% drop on Tuesday’s session, which temporarily paused its…