The Ethereum price is trading inside a symmetrical triangle formation that has no inherent bias. Hence, a breakout could head either way.

The Ethereum price has been moving sideways for more than a month, creating lower highs and higher lows, leading to a symmetrical triangle pattern.

Although this type of technical pattern doesn’t have a bias for the trend’s direction, it forecasts a 36% price swing.

This target is determined by measuring the distance between the triangle’s pivot high and low, and adding it to the breakout point. A decisive close above $1,878 will signal the start of a new uptrend that could result in a 36% uptick to $2,563. However, if ETH slices through $1,588, it might trigger a 36% fall to $1,000. 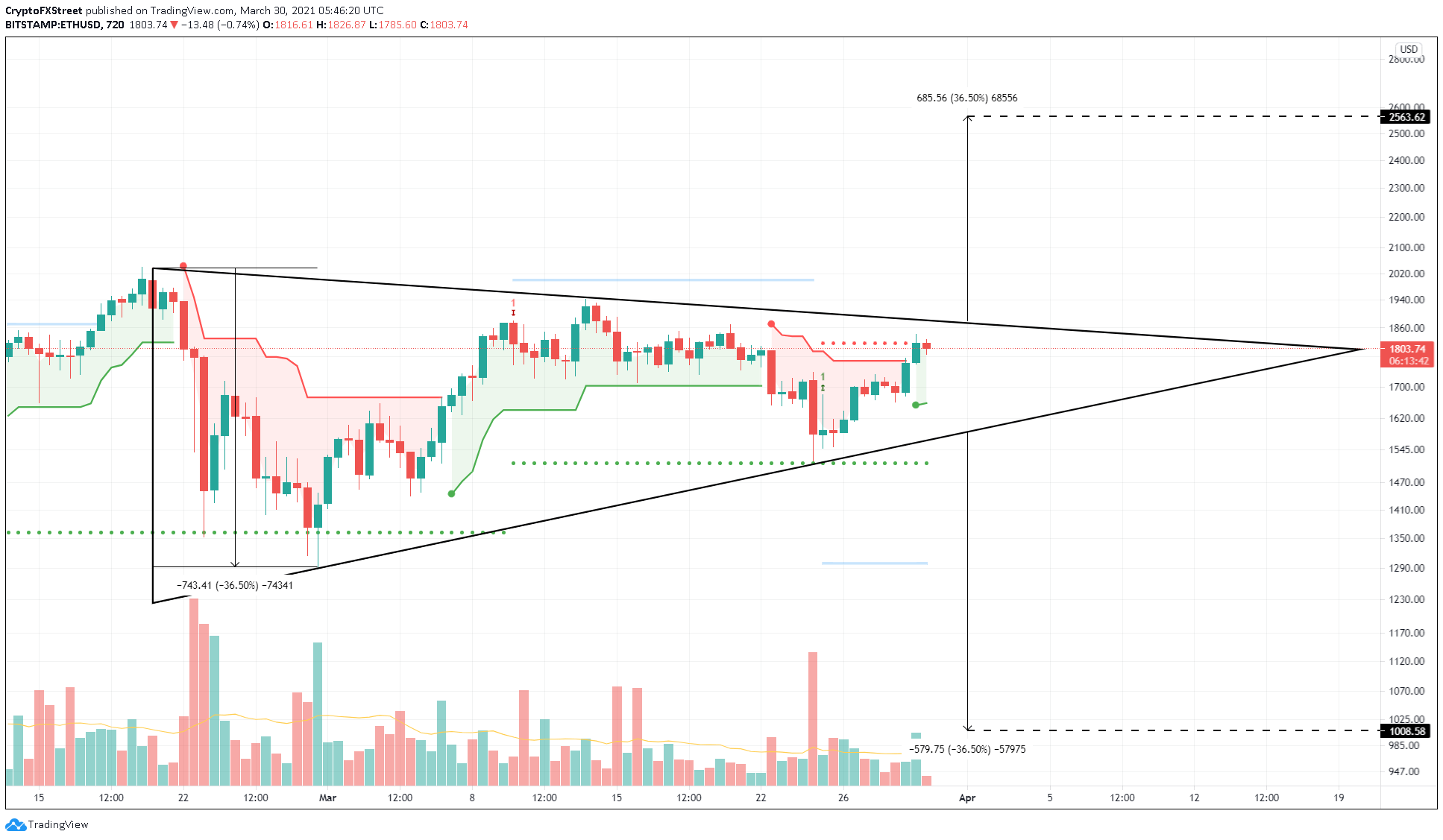 Although unclear from a technical point of view, IntoTheBlock’s In/Out of the Money Around Price (IOMAP) model suggests a bullish outlook due to the lack of resistance barriers ahead. Solidifying this is the stable support barriers present immediately below.

IOMAP cohorts reveal 490,000 addresses that purchased 12.05 million ETH are present around $1,723. Any short-term bearish spikes will be absorbed by investors in this area, resulting in a bounce.

Therefore, a decisive close above the setup’s upper trend line will kickstart a 36% bull rally. Regardless, a secondary confirmation will arrive after ETH slices through the Momentum Reversal Indicator’s breakout line at $2,000.

A failure to surge past the upper trend line or rejection around MRI’s State Trend Resistance at $1,818 could lead to a pullback. If this move breaks below $1,588, it would invalidate the bullish outlook and trigger a bearish one.

In this case, the Ethereum price will first face MRI’s State Trend Support at $1,515. Following a breach of this level, ETH could find support at $1,427, coinciding with the 200 Simple Moving Average (SMA).

MRI’s breakout line at $1,300 will serve as a significant deterrent to the bearish momentum. If ETH for any unforeseen reason pierces this level, the symmetrical triangle’s downward target of $1,000 is likely to be attained.

GBP/USD attempts a bounce above 1.3750 amid higher yields, US dollar