The ETH/USD market opened at $136.75 this Saturday. Previously on Friday, ETH/USD bulls outlasted the bears as they managed to bring the price up from $135.60 to $136.60. According to the daily confluence detector, Ethereum is sandwiched between a large stack of resistance up front and a strong support levels down below. 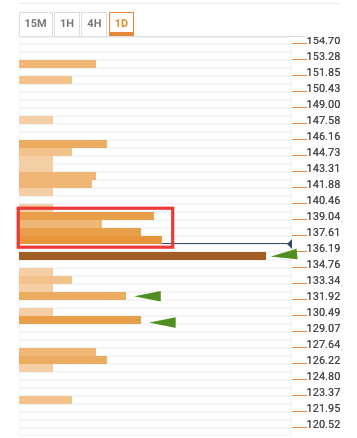 According to the ETH/USD daily confluence detector, the support levels lie at $135, $132, and $131. The confluences at those levels are: 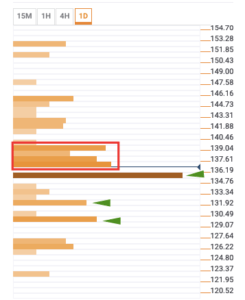