Following the failed attempt to reach $150 over the last weekend’s trading, ETH/USD stepped back below $140. The bulls managed to draw the line in the sand marginally above $136 preventing further declines. The battle to pull Ethereum price back above $140 is in progress and currently limited by the 100 SMA 4-hour and the 61.8% Fib retracement 1-hour.

It is vital that the price clears the barrier at $140 in order to revive the buyers’ confidence before they start to tire. According to the confluence detector tool, the path of least resistance is to the upside. However, the second largest asset must overcome the resistance at $139.34; a region that is highlighted by various indicators including the Bollinger Band 4-hour middle, 10 SMA 15′, the 38.2% Fibo daily, 5 SMA 15′, 5 SMA daily, 100 SMA 1-hour, previous high 4-hour, previous high 4-hour, the 23% Fibo daily, Bollinger Band 1-hour upper, Bollinger Band 15′ upper, previous high 1-day and the pivot point 1-day R1. 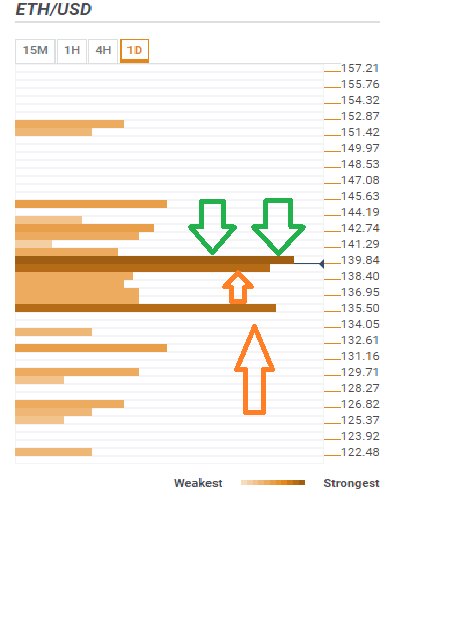 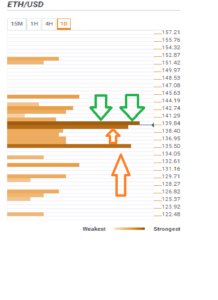