EUR/GBP bulls can not have their cake AND eat it

The key focus this week has been with Brexit, until earlier today when the Bank of England released its latest views on the UK economy and interest rates whit it maintained the Bank rate at 0.10%.

This was a widely expected result and the decision was unanimous with a 9-0 vote.

The statement did not include any further guidance on the potential expansion of its current Asset Purchase Facility (APF) that should reach GBP 745bn around the turn of the year.

However, what markets were concentrated on most was the MPC’s instruction of further analysis of a negative interest rate policy, (NIRP).

This triggered pricing in of negative interest rates in short term Sterling instruments where rates markets had a more sustained move.

However, GBP was immediately marked lower on the paragraph and GBP/USD dropped from 1.2975 prior to the announcement and minutes to 1.2885.

Significant follow-through selling pressure has yet to emerge, however, and we think the move so far looks overdone.

We think cable is likely to remain confined to familiar ranges until fresh catalysts arise,

However, the analysts also said that investor sentiment should continue to drive GBP’s direction.

Within this, however, we think downside risks have increased if the USD extends its post-FOMC rebound elsewhere.

What investors also will be are of, is the risk of persistently elevated unemployment levels.

This remains a key downside risk for the pound as the UK heads into flu season, clashing with a spike in the spread of COVID-19 that has forced several cities in the North of England into shutdown.

Brexit up in the air

On top of this, Brexit is up in the air again.

The UK’s Prime Minister, Boris Johnson, reached a deal with Conservative MPs on Wednesday, in a move to head off a potential rebellion from his backbenchers over the Internal Market Bill.

But Lord Howard, who was Conservative leader between 2003 and 2005, told the BBC: “The government is still asking Parliament to break international law.”

He added that even with the government’s proposed changes, the chances of the bill being approved by the House of Lords were currently “not great.”

Asked if the matter could lead to a stand-off between the Commons and the Lords over the issue, he said: “I think it may go beyond that”.

All in all, it is not good for UK politics, relations with the EU nor with the US and leaves the pound highly vulnerable to further downside.

The UK needs a good trade deal with the US, especially if it is not going to achieve one with the EU.

Joe Biden, who could be the next US President following November’s Election Day, has said that a US trade deal hinges on UK ‘respect’ for Good Friday Agreement.

Additionally, US Speaker Nancy Pelosi has also said that there was “no chance” of a trade deal getting through the US Congress if the UK violates international agreements, undermining the Good Friday Agreement.

Firstly, GBP/USD has been on the watchlist for a swing trade to the downside and so far so good: 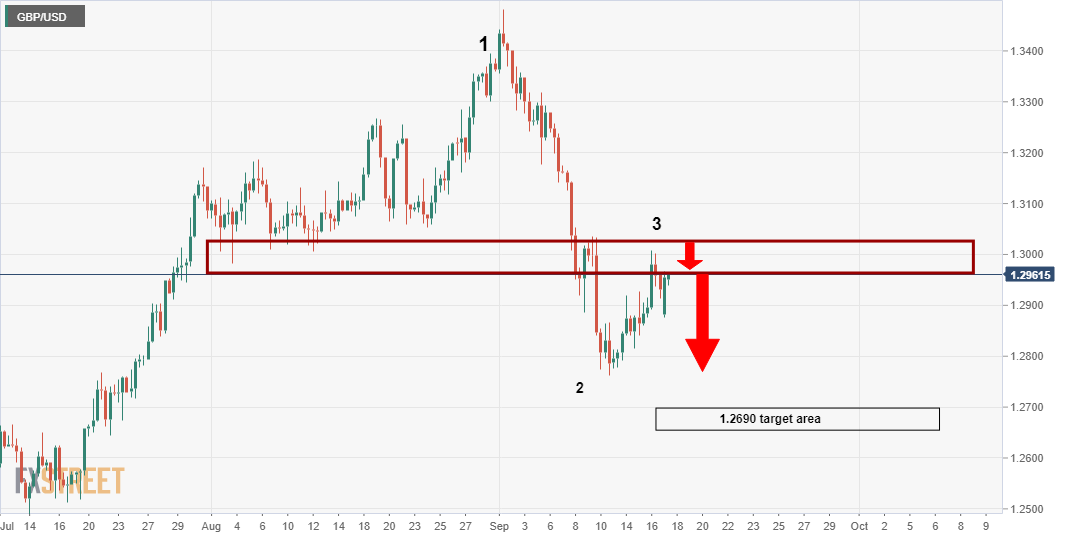 The price action is according to plan, but this setup needs to be confirmed in a bearish technical environment which, so far, remains bullish.

As for EUR/GBP, it is a little more complicated and bulls may not get to have their cake AND eat it.

Full analysis to follow, but for a snippet, the daily chart offers bullish prospects while the monthly is bearish. 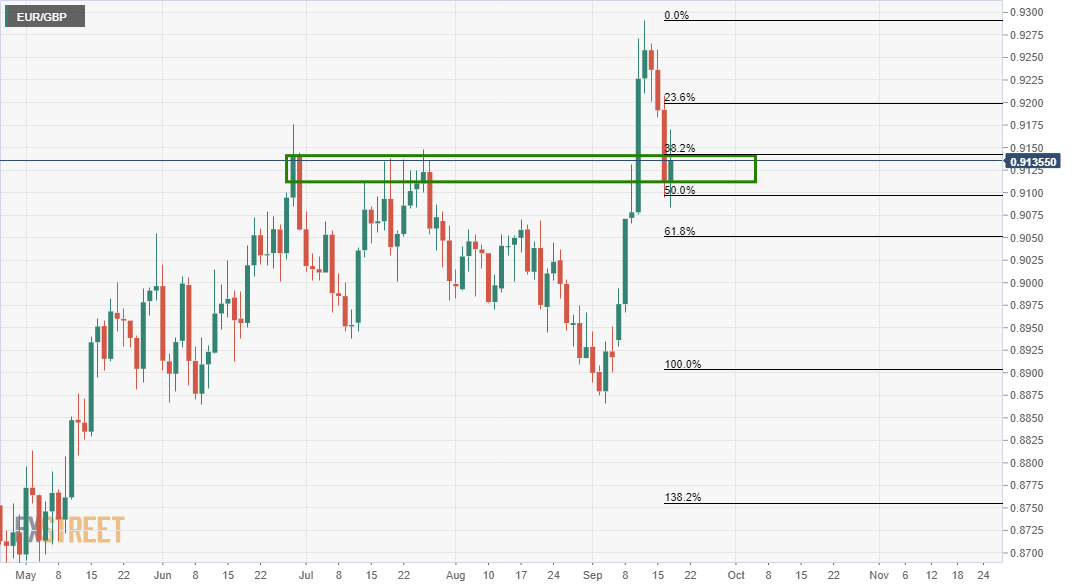 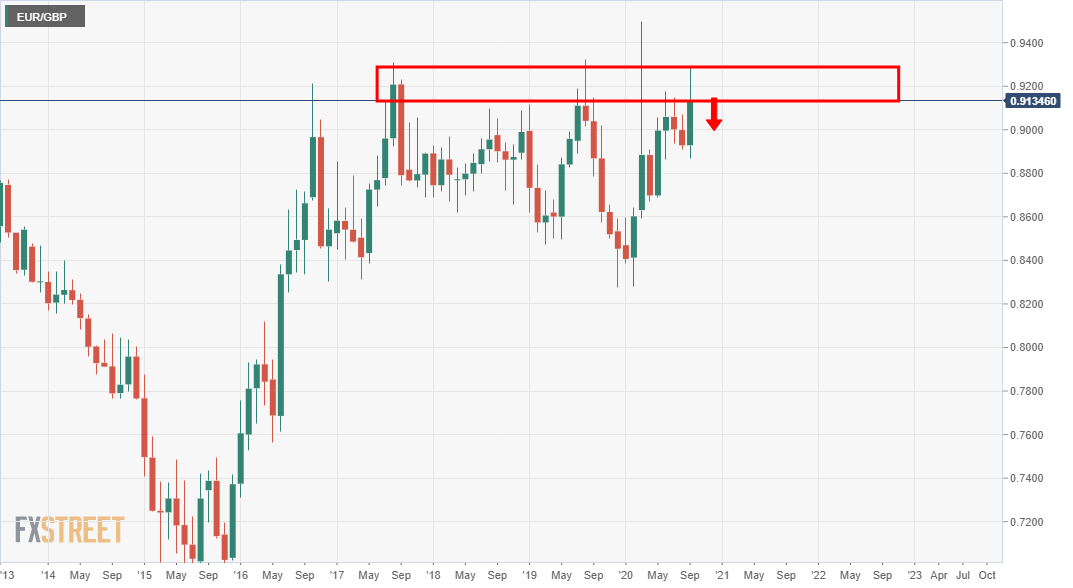 The conflicting analysis most probably means, that while there could be a short term swing trade opportunity, it is limited by prospects of supply.

Brexit, BoE, COVID-19 are all weighing on GBP. EUR/GBP is bullish on the daily, bearish on the monthly. EUR/GBP is currently trading at 0.9134 between a low of 0.9082 and a high of 0.9169, up some 0.3% on the day so far in what has been strong two-way business for traders. The key focus this week has been with Brexit, until earlier today when the Bank of England released its latest views on the UK economy and interest rates whit it maintained the Bank rate at 0.10%. This was a widely expected result and the decision was unanimous with a 9-0 vote.…