Latest
You are at:Home»FXStreet News»EUR/JPY Price Analysis: Upside stalled just ahead of 121.50

After printing multi-week tops beyond 121.00 the figure, EUR/JPY has now come under some selling pressure to the 120.40 region at the time of writing.

As long as the 200-day SMA, today at 120.02, holds the downside, there is still scope for the continuation of the rally. 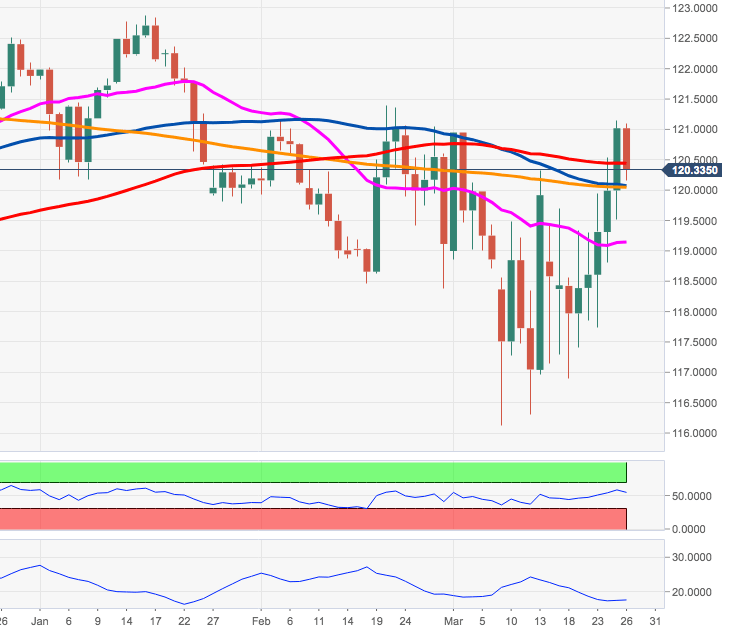 Get the 5 most predictable currency pairs
Previous ArticleUSD/CHF hangs near weekly lows, around 0.9730 region
Next Article EUR/USD: Easy-to-grasp mentality has now changed