The Norwegian Krone is giving away part of Friday’s gains and is now lifting EUR/NOK to the boundaries of 9.8400 the figure, losing some upside momentum soon afterwards.

The cross gathered extra steam after results from GDP figures in the Scandinavian economy surprised to the downside for the January-March period.

According to Statistics Norway, the lower production of electricity and fishery were the main drivers of the slowdown in mainland economy seen during the first quarter, while a solid recovery in agricultural output added to the upside drivers.

What to look for around NOK

The mood around the risk complex, Brent-dynamics and a healthy economy continue to be the main drivers for the Norwegian currency for the time being. This view is reinforced by the hawkish stance from the Norges Bank, which will likely hike the repo rate at the next meeting in June. In the broader picture, growth above trend, increasing capacity utilization, lower unemployment and upward pressure in wages and prices are expected to keep the central bank on a more aggressive mood for the time being and reinforces at the same time the view of a stronger Krone in the months to come. 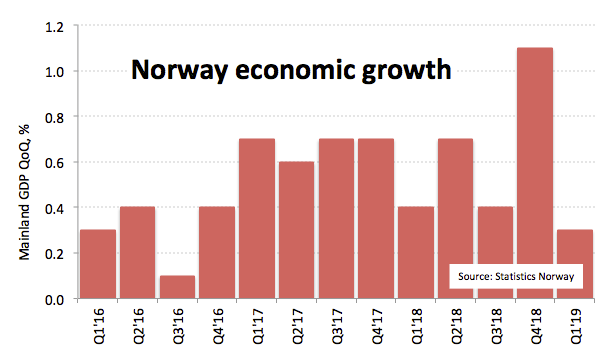 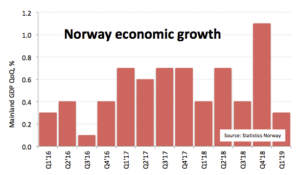