Latest
You are at:Home»Forex News»EUR/USD all set to break double-top, one factor could hold it back

A duo of bullish drivers should be enough to break the double top – especially as technicals are also pointing higher – yet EUR/USD traders may still suffer another frustrating setback at the critical 1.2150 juncture.

First, the good news. Europe’s coronavirus situation has been improving with another day of fewer cases in Germany and also a pickup in the old continent’s vaccination campaign. After several snags, deliveries of doses from Pfizer/BioNTech, Moderna and AstraZeneca have resumed and are pushing immunization higher.

The EU remains the laggard among its peers, but the mix of fewer infections and more inoculations is encouraging. 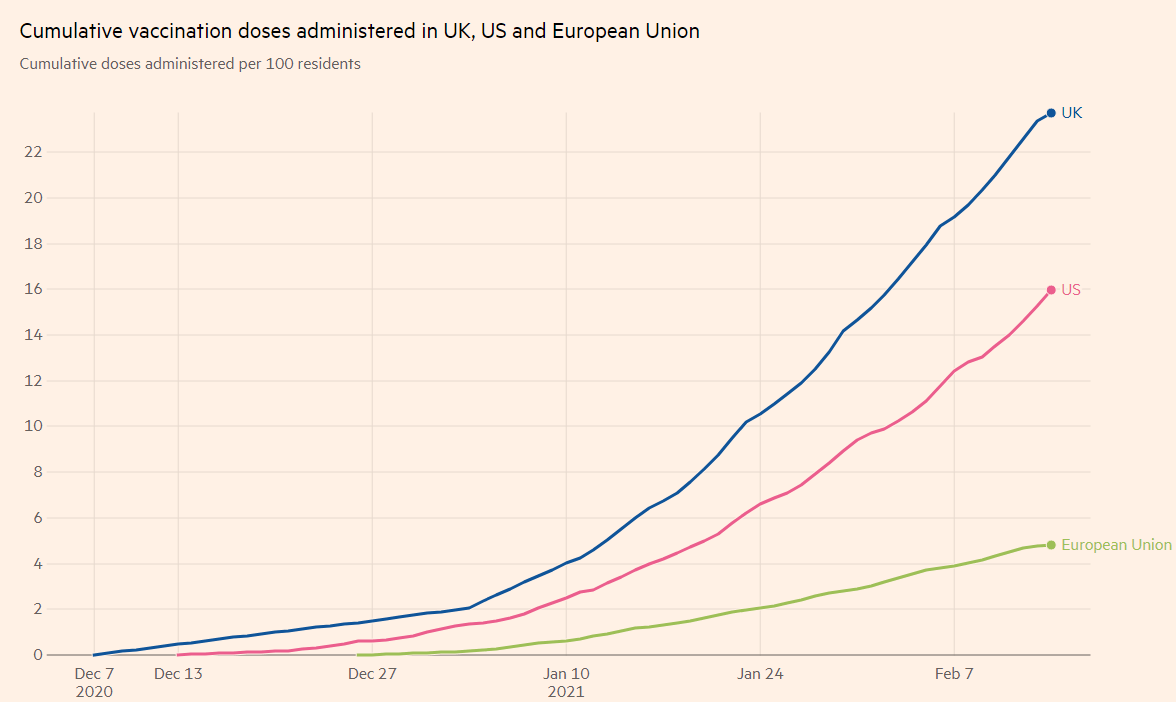 The German ZEW Economic Sentiment is set to show ongoing optimism about the future, despite the current slowdown. A revised read of fourth-quarter Gross Domestic Product is forecast to confirm the 0.7% contraction in the eurozone.

The second reason for EUR/USD’s advance comes from the US – Americans are returning to work after enjoying Presidents’ Day on Monday, and work on the stimulus plan is set to return to full gear. President Joe Biden is set to advance a bill worth as much as $1.9 trillion. He will now have the attention of senators, who were previously busy with the trial of his predecessor Donald Trump.

Both the White House and the Federal Reserve brushed aside concerns of overheating and inflation. However, markets have begun factoring in elevated growth – and price pressure – prospects. Yields on US Treasuries have hit a new 11-month high above 1.23%. The increase in returns previously pushed the dollar higher with it.

Will the greenback rise with yields or suffer selling pressure due to diminished demand for safety? So far, investors have been abandoning the dollar in a “risk-on” mood, but that may change. Lael Brainard, Governor at the Federal Reserve, speaks later in the day and may shed light on what the bank thinks about higher inflation prospects.

All in all, optimism may push the currency pair – at least until US yields bite.

Euro/dollar has been struggling with the 200 Simple Moving Average on the four-hour chart and trades above the 50 and 100 SMAs. The Relative Strength Index is below 70, thus outside overbought conditions and allowing for further gains.

Get the 5 most predictable currency pairs
Previous ArticleEUR/JPY targets the 129.55 mark – Commerzbank
Next Article USD/INR to tick down to 72.00 by end-2022 – CE