The EUR/USD price analysis reveals a weaker outlook as data from the US revealed signs of a stronger economy while the bonds yields are expected to rise amid higher demand.

–Are you interested to learn more about day trading brokers? Check our detailed guide-

The US dollar continued to lose its position against the Euro on Tuesday. However, the situation may change today. At least there are such prerequisites. Yesterday’s economic data showed a good recovery in Germany and the growth of the US housing market. Today’s traders will most likely focus on the next placement of 10-year Treasury bonds, whose demand is expected to be very high.

As the figures for this month show, the world’s central banks and funds have bought securities for a record amount – most likely, history will repeat itself today. As of August 11, foreign funds and central banks have bought $15.4 billion in Treasuries out of the $41 billion offered. The 38% share is the largest in more than a decade.

The next round of placement of Treasury bonds is expected today. The start of sales of two-year bonds worth $60 billion is unlikely to show the true picture. Although market participants will analyze the results in comparison with the previous similar proposal, specifically in terms of the demand of foreign central banks.

The 10-year sell-off this month also caught traders off guard as the bonds were placed at just 1.34%, more than three basis points below prevailing pre-auction yields – the biggest premium since July 2012.

As for yesterday’s fundamental statistics, the data from Destatis on the German economy provided, albeit not immediately, but support for the European currency. The report said that thanks to domestic demand after a contraction in the first three months of this year, GDP growth rates were better than economists’ forecasts.

Germany’s gross domestic product rose 1.6 percent from the first quarter when the volume was down 2.0 percent. Initially, it was assumed that the growth will be 1.5 percent. In the second quarter of 2020, GDP fell 10 percent amid the peak of the Covid-19 pandemic. However, it is worth noting that GDP remains 3.3 percent lower compared to Q4 2019 – the quarter before the crisis began.

Another report from the US Department of Commerce has pleased the markets, not allowing the buyers of the European currency to gain a foothold at the next local highs. According to the data, US new home sales increased 1.0 percent to 708,000 a year after falling 2.6 percent in June.

Economists had expected new home sales to rise 3.6 percent to 700,000. The annual rate was still its lowest since April last year. The growth in new home sales was due to a sharp increase in demand in the West, where the figure jumped immediately by 14.4 percent to 215,000 per year. New home sales in the South also rose 1.3 percent. The Commerce Department also said the average price for new homes sold in July was $ 390,500, up 5.5 percent from June.

–Are you interested to learn more about forex bonuses? Check our detailed guide-

The EUR/USD price seeks support from the 50-period SMA on the 4-hour chart. The pair is still above the 20-period SMA. However, the outlook seems weak and may not have the follow-through to catch further bids. The average daily range has been 50% so far. The volume is no more supporting the buyers. This could be due to potential profit-taking after hitting the mid-1.1700 mark. 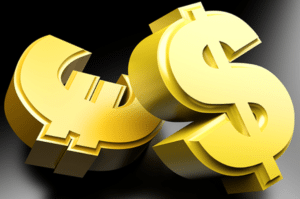 EUR/USD lost some traction around 1.1750 as US data revealed some strength yesterday. Markets are focused on 10-year bonds yields on the day in the absence of any major release. Foreign funds and central banks have bought treasuries at the decade-high level. The EUR/USD price analysis reveals a weaker outlook as data from the US revealed signs of a stronger economy while the bonds yields are expected to rise amid higher demand. The EUR/USD price is at 1.1742, down 0.09% at the time of writing on Wednesday. –Are you interested to learn more about day trading brokers? Check our detailed…