Latest
You are at:Home»Forex News»EUR/USD: Can the euro ride on America’s success? Not so fast

Easter is over – but Europe’s largest countries remain under significant measures to curb the spread of COVID-19, weighing on their economies. The vaccination campaign is set to pick up in the second quarter, which begins in earnest only on Tuesday, and that provides hope. However, promises to ramp up inoculations have been broken in the past.

On the other hand, the US economy is thriving, as seen by the ISM Services Purchasing Managers’ Index for March, which hit a record high of 63.7 points sowing enthusiasm in America’s largest sector. That publication joined an increase of nearly one million jobs last month. Signs of a quick recovery – al; alongside an accelerating vaccination effort – raised expectations for inflation and a rate hike by the Federal Reserve.

On the other hand, the greenback is also a safe-haven currency that falls when the global mood improves. If the US is growing quickly, it is set to carry the rest of the world forward and investors may seek riskier assets. However, this risk-on/risk-off dynamic is supporting the dollar on Monday, amid reports that China wants to curb credit.

Moving forward, apart from waiting for a pickup in Europe, another known unknown is the fate of President Joe Biden’s infrastructure plan. While conservative Democratic Senator Joe Manchin opposes a corporate tax hike to 28%, he supports a raise from 21% to 25% and seems to agree to other parts of the program. Moreover, Dems will be able to use the short-cut reconciliation process to pass the bill, once they agree within themselves on the details.

If infrastructure investment advances, it could remind markets of the potential for higher inflation, sending the dollar up once again.

All in all, EUR/USD’s recent recovery seems short-lived, at least until Europe gets its vaccination effort going substantially faster. 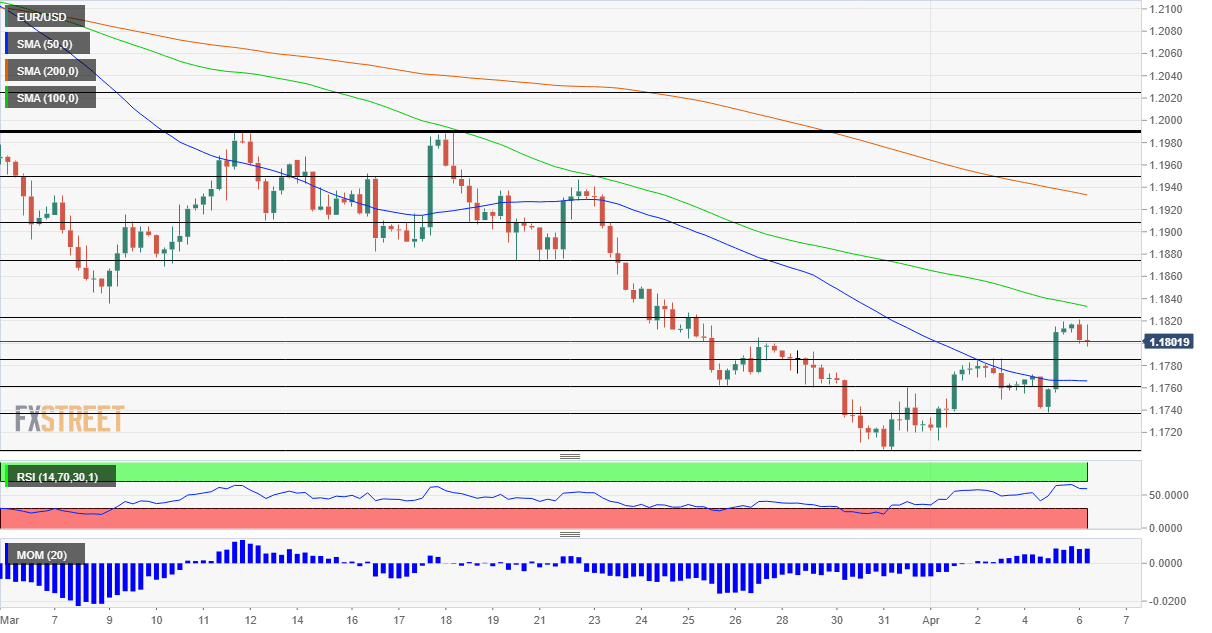 Momentum on the four-hour chart is to the upside, and euro/dollar also trades above the 50 Simple Moving Average. However, it remains capped below the 100 and 200 SMAs. All in all, the picture is mixed.

More stimulus is coming – But what does that mean for commodity prices?

Get the 5 most predictable currency pairs
Previous ArticleUSD/CNH faces strong resistance at 6.6100 – UOB
Next Article US Dollar Index regains ground and tests 92.70