As represented by the consumer price index, the cost of living in the common currency area fell into the negative territory in September. 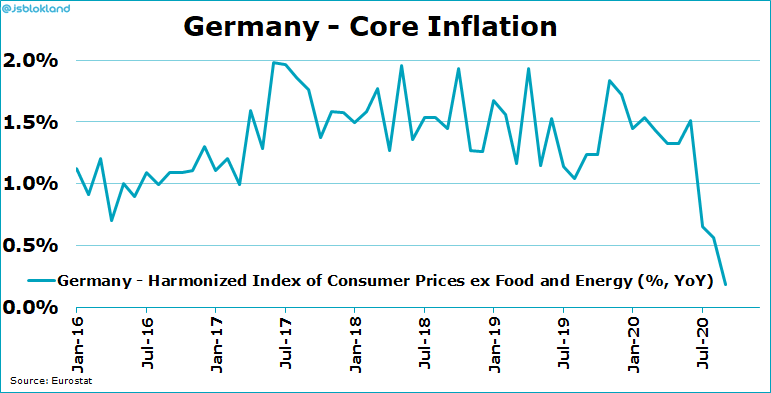 Add to that the renewed coronavirus cases, and traders are left with no option but to price in additional monetary stimulus by the European Central Bank.

As such, EUR/USD is likely to remain under pressure in the near-term, as suggested by technical charts – more so due to continued deadlock in fiscal stimulus talks in Washington, delay in the coronavirus vaccines, and signs of risk aversion in the financial markets. The dour mood favors the greenback, a global reserve, and a haven currency.

The common currency may see some strength later today if the Eurozone Industrial Production for August, due at 09:00 GMT, blows past expectations. The ECB President Christine Lagarde is likely to reiterate the central bank’s dovish stance during her speech at 08:00 GMT.

EUR/USD registers its biggest single-day loss since August.  Weak inflation and coronavirus concerns undermine the common currency.  Sustained risk-off may boost dollar demand and add to downside pressures.  EUR/USD is sitting still near 1.1750 at press time, having suffered a 0.57% decline to 1.1743 on Tuesday – its biggest single-day percentage decline since Aug. 19.  Deflation concerns to weigh As represented by the consumer price index, the cost of living in the common currency area fell into the negative territory in September. Meanwhile, according to Jeroen Blokland, Portfolio Manager for the Robeco Multi-Asset funds, Germany's core consumer price index is quickly falling toward zero.…