Latest
You are at:Home»Daily Look»EUR/USD lines to watch ahead of the NFP

EUR/USD has been trading below 1.1300 amid low volatility during the US Independence Day holiday and also in anticipation to the US Non-Farm Payrolls. Its battles lines are now clear to see. If it breaks tight support or resistance it may have significant room to run.

The Technical Confluences Indicator is showing that a dense cluster of resistance awaits at 1.1318 where we see the Bollinger Band 4h-Middle meeting the Fibonacci 38.2% one-month, the Simple Moving Average 100-4h, and the Pivot Point one-day Resistance 2.

If the world’s most popular currency pair breaks above this line, it faces only weak resistance at 1.1354 (SMA 50-4h and SMA 200-1d), the Bollinger Band 1d-Upper at 1.1377 but the most significant upside target is 1.1418 which is where the previous monthly high and the previous weekly high converge.

Losing that line unleashes the downside with a cushion at 1.1218  which is the convergence of the PP 1m-S1 and the SMA 50-1d. 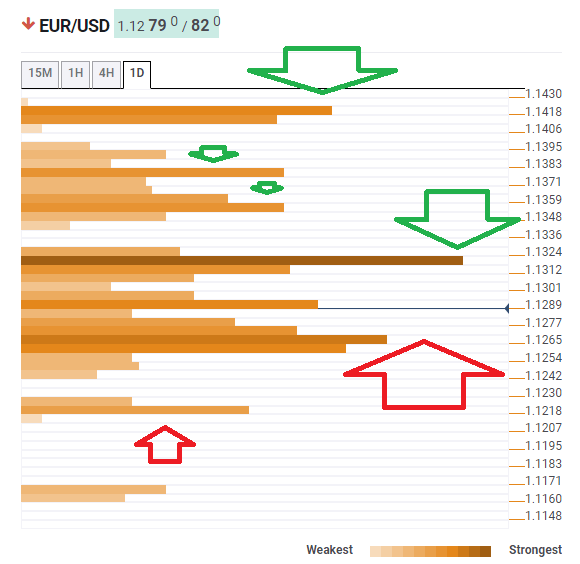 Get the 5 most predictable currency pairs
Previous ArticleUSD/INR technical analysis: Dollar catches early bid, focus on India’s budget
Next Article RBA: Intended pause to be tested by the data – ANZ