Latest
You are at:Home»Forex News»EUR/USD may be entering overbought conditions

EUR/USD may have been listening to President Donald Trump’s complaints about the weak euro – or more likely extending its gains as speculation about a Fed rate cut mounts ahead of a critical release today. The world’s most-popular currency pair is trading close to the 11-week high of 1.1348 recorded on Friday.

Trump has praised low levels of inflation – and that will come to test today. Consumer prices are expected to remain steady in the publication for May with Core CPI remaining at 2.1% year on year. Fed Chair Jerome Powell has labeled poor inflation in the first quarter as “transitory” and April’s rise in core price has vindicated. The release is due one weak ahead of the FOMC gathering.

ECB President Mario Draghi has left the stage to US inflation and the Fed. Draghi has spoken in Frankfurt this morning and refrained from touching on monetary policy. However, he did reiterate that global trade has been facing headwinds.

And indeed, trade wars have been intensifying. China has devalued the yuan in a move that may be interpreted as a part of its struggle with the US and contrasting Trump’s claim that China “badly wants a deal” while he is holding it back. Chinese inflation came out at 2.7% year on year, as expected.

Overall, without critical euro-zone indicators due today, the stage is set for US inflation to set the tone. 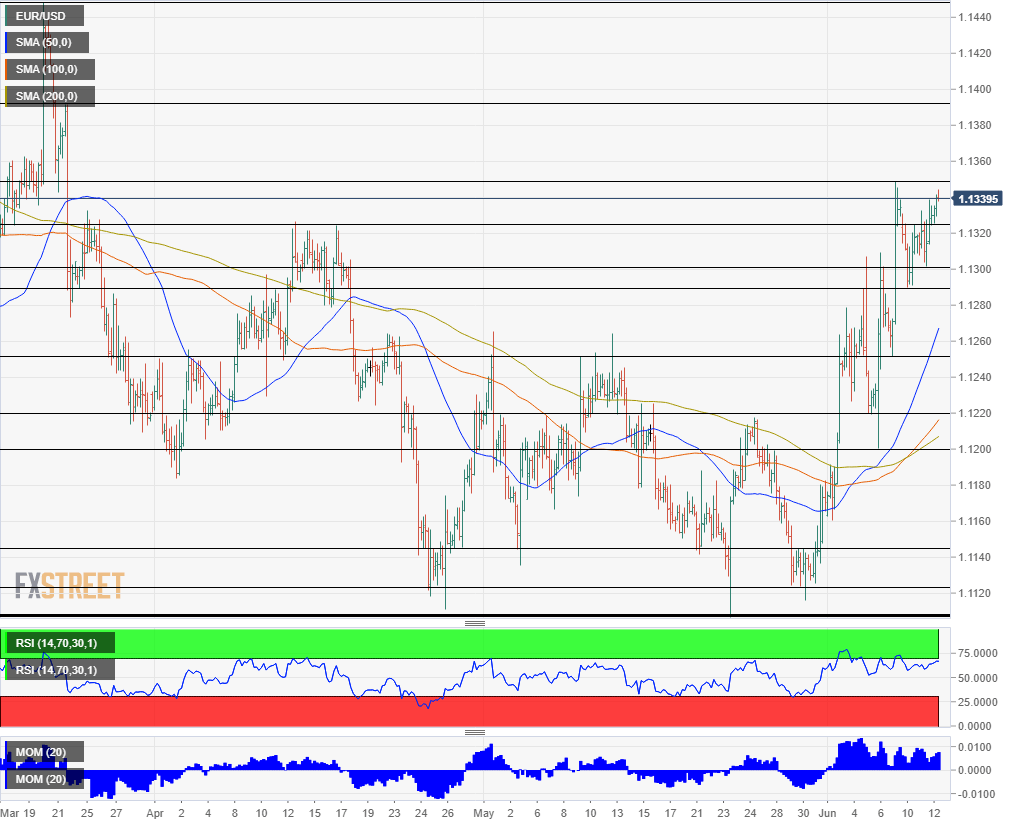 EUR/USD enjoys upside momentum on the four-hour chart but the Relative Strength Index is getting close to 70 – overbought territory – and this implies a potential slide.

1.1348 was the high point on Friday and remains a critical line. A break above it would send EUR/USD to the highest levels since late March. The next cap is at 1.1395 was a swing high back then. It is followed by 1.1445.