Latest
You are at:Home»Daily Look»EUR/USD on the edge of the cliff

EUR/USD has been retreating from the highs as hawkish comments from a member of the European Central Bank only lifted the currency pair temporarily. Euro-zone and US inflation figures are due out later today and the technical picture looks unfavorable.

The Technical Confluences Indicator is showing that EUR/USD has weak support at 1.1018, which is the convergence of the Pivot Point one-day Support 2 and the PP one-week S2.

Looking up, EUR/USD faces fierce resistance at 1.1064, which is a dense cluster of lines including the Bollinger Band 1h-Middle, the previous monthly low, the Fibonacci 38.2% one-day, and the Simple Moving Average 100-15m. 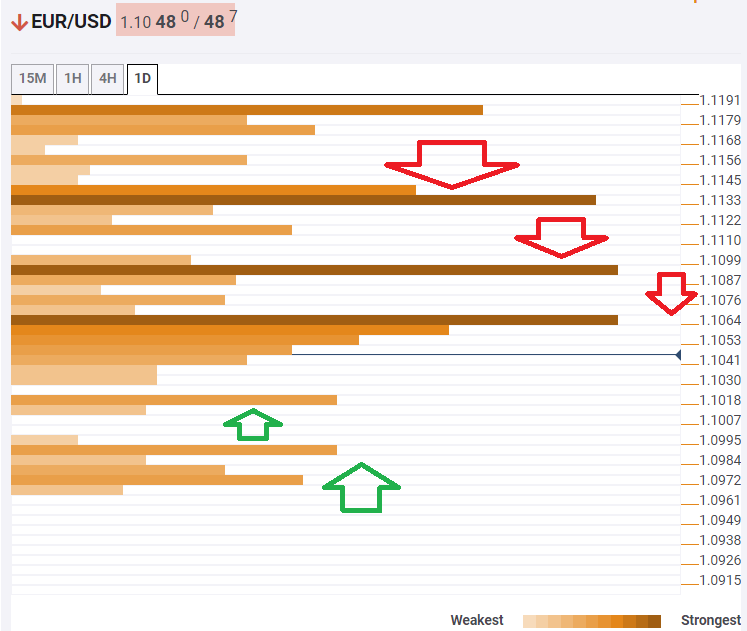 Get the 5 most predictable currency pairs
Previous ArticleUSD/INR takes the bids to 71.75 ahead of India GDP
Next Article EUR/USD has just one support line left before 1.1000 – Confluence Detector