Latest
You are at:Home»Forex News»EUR/USD suffers from weak German data ahead of Easter

EUR/USD finally moved out of range, falling down and hitting a one-week low. Euro-zone PMIs triggered the move. The most important release was the German Manufacturing PMI, which missed with 44.5 points, indicating an ongoing and substantial contraction in the all-important locomotive of the old continent.

French PMIs were mixed and Germany’s services PMI slightly beat expectations, but the final word came from the euro-zone PMIs which missed on all accounts.

EUR/USD reacted with a sharp fall and is licking its wounds. The focus now shifts to the US, where retail sales are projected to show a small increase in March after drops in February.

Elsewhere, China and the US both said they made progress in trade talks and scheduled additional meetings between top officials in the next few weeks. There are also reports about attempts to find timing for a summit between presidents Donald Trump and Xi Jinping. However, markets remain somewhat skeptical and the stocks are not rising.

Most markets are closed on Friday due to the Easter holiday and some traders may rush to close positions. Choppy trading is likely today. 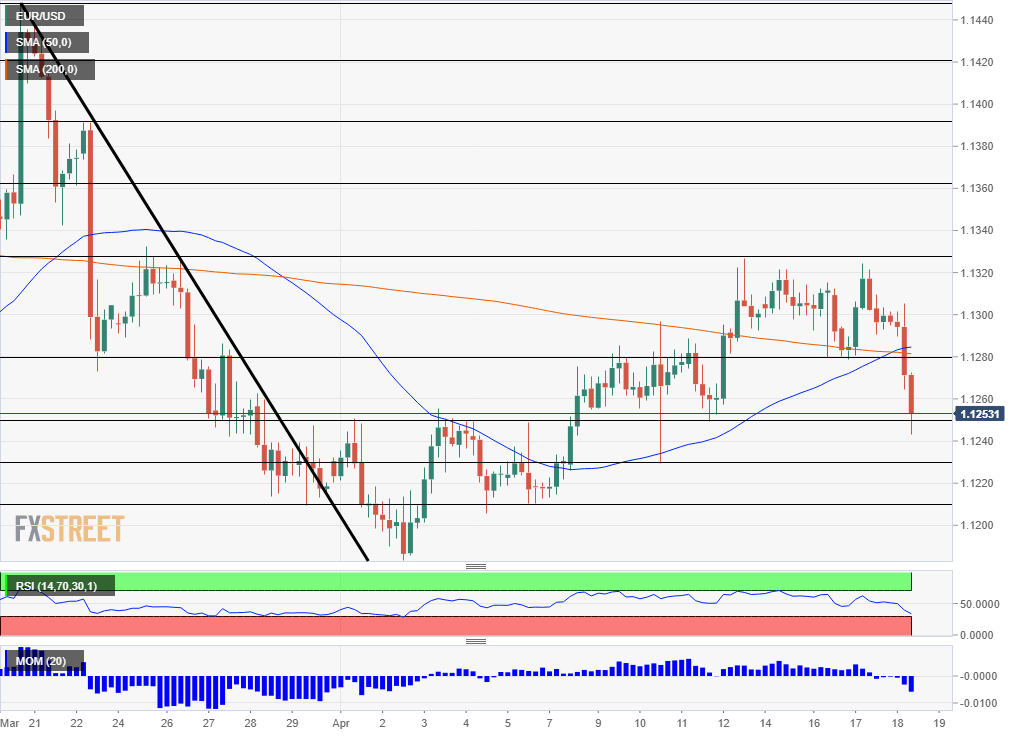 The picture has turned negative for the pair, with Momentum falling down and the Relative Strength Index dropping below 50 but remaining above 30, thus not pointing to oversold conditions. In addition, the pair slipped below both the 50 and 200 Simple Moving Averages.