Latest
You are at:Home»FXStreet News»EUR/USD testing highs near 1.1250 on offered USD

The buying interest around the European currency remains intact at the beginning of the week and is now lifting EUR/USD to the area of fresh tops around 1.1250.

Spot has managed to so far leave behind last week’s miserable prints from advanced manufacturing PMIs in core Euroland for the current month, bouncing off lows in the vicinity of the 1.1220 region seen last Thursday.

A renewed selling bias is hovering around the greenback today, prompting the US Dollar Index to give away part of last week’s gains to the 97.40/50 band amidst some consolidative mood in both US yields and their spread vs. the German Bunds.

Data wise in the euro area, the key German IFO survey is due on Wednesday, with investors looking forward to see whether the ongoing slowdown in the region, and particularly in Germany, has lost – or accelerated – momentum.

What to look for around EUR

The broad-based risk-appetite trends are posed to rule the sentiment surrounding the European currency for the time being, while the onoging US-China trade dispute and potential deal expected to remain in centre stage in the next weeks. Recent weak results from key fundamentals in the region plus a now unlikely rebound in the activity in the second half of the year have added to the ongoing concerns that the slowdown in the region could last longer that expected and the ECB is therefore likely to remain ‘neutral/dovish’ for the foreseeable future (say until mid-2020?). On the political front, headwinds are expected to emerge in light of the upcoming EU parliamentary elections in late May, as the populist option in the form of the far-right and the far-left movements appears to keep swelling among voting countries. 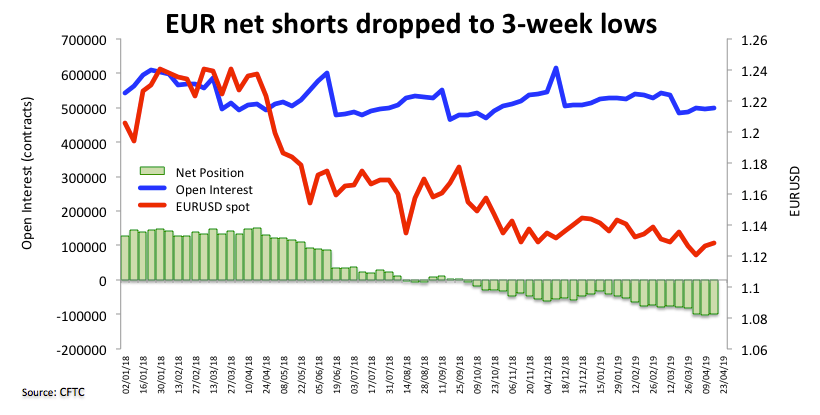 Get the 5 most predictable currency pairs
Previous ArticleHow bad is the global slowdown? Examining the three main economies – MM #187
Next Article Asia: Current growth slowdown close to a trough? – ANZ