The EUR/USD weekly forecast is bearish as the hawkish Fed puts more pressure on the Euro while the market eyes ECB next week. The EUR/USD pair is trading at 1.1100, a level last seen in May 2020. After the US Federal Reserve monetary policy announcement, the US dollar rose since the beginning of the week.

–Are you interested to learn more about Islamic forex brokers? Check our detailed guide-

As expected, the Federal Reserve held interest rates steady and announced the end of pandemic-related financial support in March. However, in his press conference, Chairman Powell made several aggressive statements. Earlier this year, he suggested a launch in March, adding that any raise this year wasn’t ruled out.

The balance sheet cut won’t start until later this year as the committee is still deciding how to do it. At the end of December, policymakers were considering not replacing maturing bonds rather than stopping their bond purchases, which was a pretty aggressive approach to the issue back then.

As inflation continues to rise in the world’s largest economy, it is now at 6.9% y/y, a multi-year high. Powell pointed out that high inflation poses a threat to the labor market, approaching the Fed’s target rate. An economy that can handle higher interest rates should contain price pressures with tighter monetary policy. When the Fed effectively cuts back on Treasury bond purchases, yields will rise, making borrowing even more expensive.

Immediately after the announcement, Wall Street fell, and the major indexes were down for a fourth week in a row. Although the current downturn is not yet a concern, Powell & Co may be forced to slow down their pace of tightening if fear hits stocks.

However, the financial markets generally handled it well. For example, after the Fed’s announcement, the 10-year US Treasury yield peaked at 1.86% before falling to around 1.79% by the end of the week.

US data released this week were mixed, although the dollar received a boost from fourth-quarter gross domestic product data showing a 6.9% annualized growth rate in the last quarter of 2021. The US released its December personal consumer spending index on Friday, which rose to 5.8% y/y, below the expected 6.1%, indicating continued inflationary pressures. Core PCE inflation rose 4.9% above the forecast of 4.8%.

The PMI for the Union was also released by Markit. The German results were optimistic, but overall growth in the service sector in the region was muted, while manufacturing grew strongly.

The European Union will release its latest inflation and retail sales data for December later this week, while the ECB will hold its monetary policy meeting on Thursday.

EUR/USD bottomed out at 1.1120 and is trading near the low as the session draws close. However, the weekly chart shows that the pair has resumed its decline and is likely to decline further, as technical indicators steadily slide lower near their oversold levels. At the same time, the 20 SMA has breached the 100 and 200 SMAs and is maintaining a strong bearish slope.

–Are you interested to learn more about Thailand forex brokers? Check our detailed guide-

The daily chart shows that the pair is oversold. As the pair trades well below its bearish moving averages, technical indicators stabilized at extreme levels on Friday amid a tight intraday range. A correction could occur before the pair turns down, but selling pressure will likely focus on the 1.1185/1.1220 price range. The pair could approach 1.1300 if it manages to break through this resistance area. If the chart pattern breaks below the 1.1100 level, the psychological level of 1.1000 will be tested.

68% of retail investor accounts lose money when trading CFDs with this provider. You should consider whether you can afford to take the high risk of losing your money. 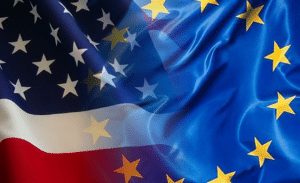 AUD/USD Weekly Forecast: Continue to Fall Below 0.70 amid Fed Hawks

Fed officials expect aggressive monetary tightening in 2022. A wait-and-see strategy is likely to be adopted by the European Central Bank. The EUR/USD exchange rate is technically bearish and may hit 1.1000 shortly. The EUR/USD weekly forecast is bearish as the hawkish Fed puts more pressure on the Euro while the market eyes ECB next week. The EUR/USD pair is trading at 1.1100, a level last seen in May 2020. After the US Federal Reserve monetary policy announcement, the US dollar rose since the beginning of the week. -Are you interested to learn more about Islamic forex brokers? Check our…

EUR/USD Outlook: Bulls Not Giving up amid Hawkish ECB