Latest
You are at:Home»Opinions»Euro-zone inflation critical ahead of the ECB

When even the Germans are unfazed by a jump in inflation, EUR/USD also ignores the numbers and returns to its daily grind. That was the case in late April, when the euro-zone consumer price index (CPI) accelerated from 1.4% to 1.7% year over year and core inflation leaped from 0.8% to 1.2%, later updated to 1.3% in the final read.

The moon has an influence on the euro – at least when it comes to inflation numbers in the spring. The lunar cycle determines the date on which Easter falls and the annual changes cause distortions in the data in March and also April. Europeans purchases’ of holidays and other products depend on the timing of the holidays and that explains both March’s dismal data and April’s robust numbers.

The first release for May is already a cleaner read with inflation probably decelerating. The question is: by how much? While the European Central Bank solely targets headline CPI, the focus in recent years has been on core inflation. A previous case when prices had accelerated and even hit the Frankfurt-based institution’s 2% was attributed to a leap in oil prices – the ECB was right not to celebrate and CPI eventually dropped alongside energy prices.

Instead, the focus is on Core CPI which excludes volatile energy prices. Underlying inflation has been battling 1% for quite a few years. The ECB’s gargantuan efforts – via negative rates and a vast bond-buying scheme – have lifted it from the abyss of 0.6%, but it has not been able to reach 2%, nor “a bit below” – the bank’s mandate.

ECB President Mario Draghi and his colleagues will be watching the data quite closely ahead of their June 6th meeting – just two days after the release. They are on course to present a new funding scheme for banks called TLTRO, but a change in their guidance on interest rates may also change – significantly depending on the fresh data. 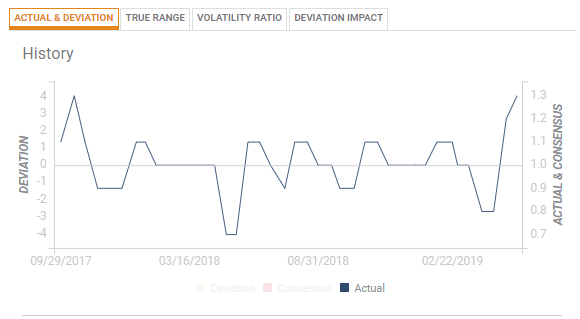 Three scenarios for Core CPI, EUR/USD, and the ECB

1) Around 1%: Core CPI was moving around 1% in the past year – and that is what markets are probably expecting. Such an outcome would probably leave EUR/USD unchanged, maintaining the gradual downtrend.

2( Fallback: A more sudden deceleration to 0.9% or 0.8% may already depress the euro and reshape expectations toward the ECB decision two days afterward. Investors may speculate on another pushback in its intentions to raise rates – currently set for early next year.

3) Upside surprise: A surprising resilience of inflation with .2% or even 1.3% could catapult the common currency higher – investors may speculate that Draghi could convey a positive message for a change.

Recent euro-zone inflation has been skewed due to the timing of the Easter holiday and May’s numbers represent a return to normality. The reaction in EUR/USD rests on core CPI and expectations are roughly at 1%. Any deviation may have an outsized impact due to the timing – two days before the ECB decision.

Euro-zone preliminary inflation figures for May 2019 are published on Tuesday, June 4th, at 9:00 GMT.

Get the 5 most predictable currency pairs
Previous ArticleUSD/JPY climbs to 1-week tops, 110.00 mark back on sight
Next Article Bitcoin price prediction: BTC/USD sleeps in a range, is it the calm before the storm? – Bitcoin confluence