Latest
You are at:Home»EUR/USD Daily»EUR/USD Feb. 18 – Steady As Euro and German Economic

EUR/USD is steady in Tuesday trading, as the pair trades above the 1.37 line in the European session. The first releases of the week were dismal, as Eurozone and German ZEW Economic Sentiment faltered badly in January and were well off the estimates. Eurozone Current Account continues to impress, beating the estimate for a third straight time. It’s a quiet day in the US, with no major events on the schedule. Today’s highlight is the Empire State Manufacturing Index, with the markets expecting a smaller gain than in the previous release. 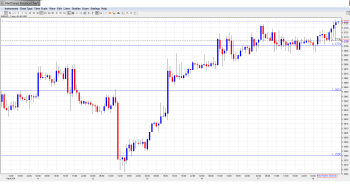