Latest
You are at:Home»EUR/USD Daily»EUR/USD Feb. 6 – Steady Ahead of ECB Rate Decision

EUR/USD continues to have a quiet week, as the pair continues to trade in the low-1.35 range in Thursday trading. We could see some activity from the pair after the ECB sets the benchmark interest rate later in the day. In the US, there are two key events on the schedule – Trade Balance and the all-important Unemployment Claims. 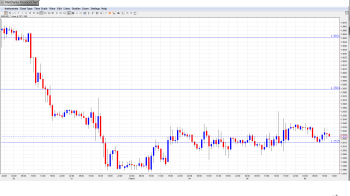