The Euro made a steady yet decisive move across an important barrier, amid hopes. The upcoming week is quite busy. Here’s an outlook for the European events, and an updated technical analysis for EUR/USD, now in higher ground.

On Friday, EUR/USD even approached the next resistance line, after clearing the all important 1.3440. Is this rise justified?

Euro/Dollar was struggling under the all-important 1.3440 line (mentioned last week) before breaking above it. While there was a lot of hesitation in this break, the Euro managed to climb further and close at 1.3620, above another line.

Looking down, 1.3573 provides very minor support. It served as such back in November and was broken rather easily now. The next line remains important – 1.3440, which was a very stubborn peak in the past three months now returns to be a line of resistance.

Below, 1.3334, which was a peak during the summer, is a minor cushion below. 1.3267 is the next minor line after holding the pair several times in the past.

More important support is found at 1.3180, which provided support during December. It’s followed by 1.3080, that prevented a full during the same period of time.

Below, 1.2970 was the bottom reached in November and is the next line. The last line for now is 1.2870, which is th lowest level in 5 month, reached only two weeks ago, before the impressive recovery. There are more lines further below, but they’re too far now.

Looking up, the initial hurdle is 1.37. This was a stubborn support line during October, and now switched to resistance. Above, 1.3786, which was a peak in November, is a minor line now.

Further above, 1.3786 is also minor support, after working as support when the Euro was at higher ground. 1.3950 is already a more important line, after serving as a pivotal line.

Note that the downtrend channel has been broken.

The break above 1.3440 is a very important bullish sign. The pledges by China, Japan and even Russia to support the Euro-zone’s troubled countries and the creative ways to deal with bank debt balance the real problems that these countries have, and will face soon when they need to pay back their debt. I believe we’ll see some stabilization after this breakout.

Here are some recommended reads about EUR/USD: 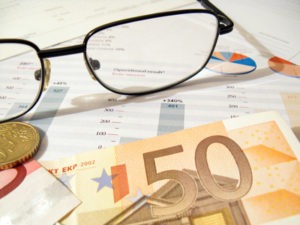 The Euro made a steady yet decisive move across an important barrier, amid hopes. The upcoming week is quite busy. Here's an outlook for the European events, and an updated technical analysis for EUR/USD, now in higher ground. On Friday, EUR/USD even approached the next resistance line, after clearing the all important 1.3440. Is this rise justified? EUR/USD daily chart with support and resistance lines marked. Click to enlarge: [caption id="attachment_14589" align="alignright" width="400" caption="EUR USD Chart January 24-28 - Click to enlarge"][/caption] Flash PMI: Monday morning - begins at 8:00 in France, continues at 8:30 in Germany and ends with…