Home » Fantom Price Prediction: FTM could drop 30% due to this sell signal

Fantom Price Prediction: FTM could drop 30% due to this sell signal

Fantom price has returned an excessive of 3,800% in just 56 days. Now, FTM shows signs of exhaustion and could see a steep correction soon.

In the last week alone, Fantom price rose a whopping 300% from $0.16 to $0.66. However, the Tom DeMarket Sequential indicator has flashed a sell signal in the form of a green nine candlestick on the 4-hour chart. The setup forecasts a one to four candlestick correction.

Interestingly, the last two times FTM saw this sell signal, its price dropped roughly 30%. Assuming a similar turn of events, Fantom could be poised for a pullback. 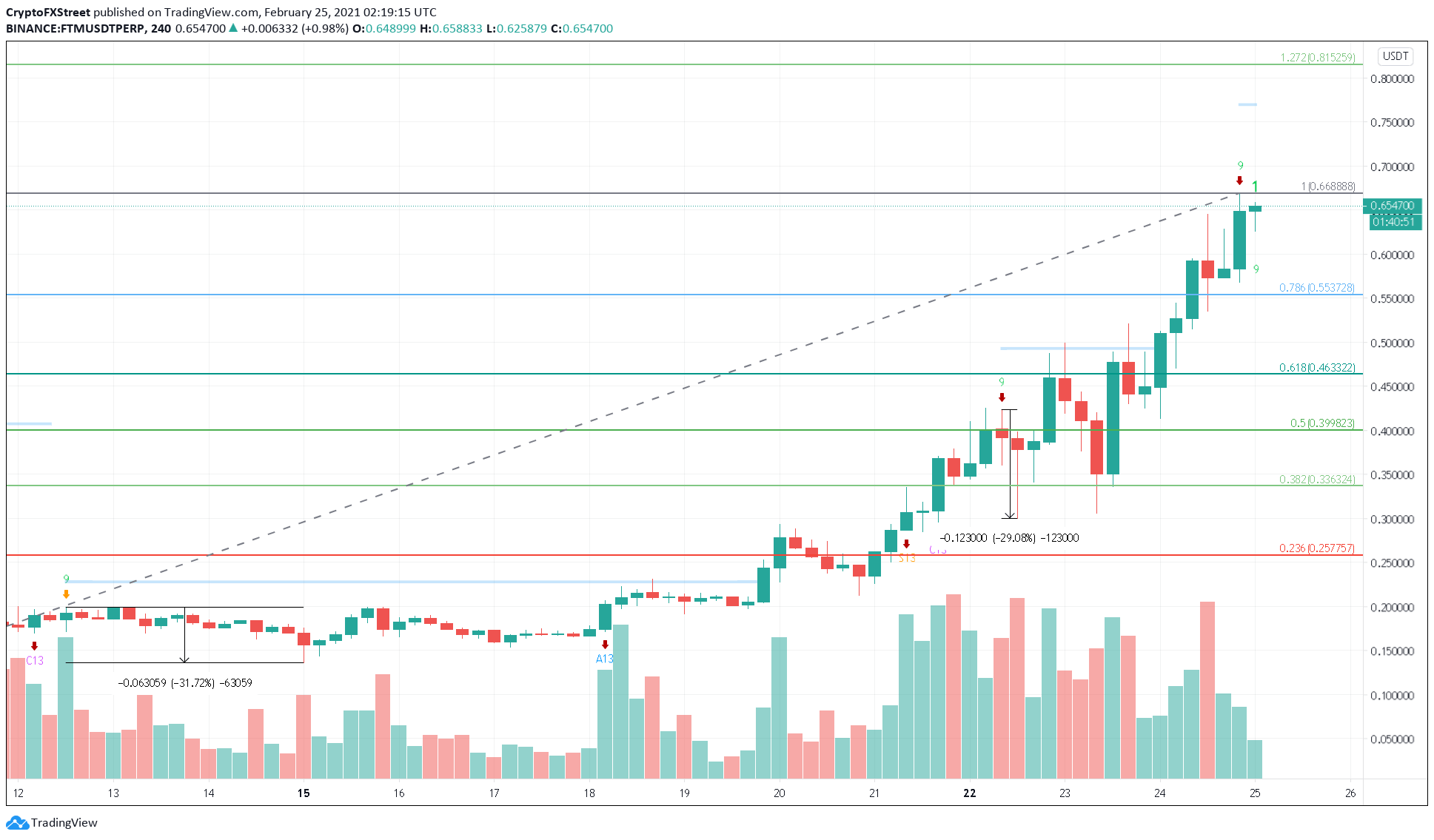 Investors also need to be aware of the TD Sequential indicator’s looming sell signal on the 1-day chart. At the time of writing, the indicator has presented a green eight candlestick, which hints at an incoming reversal or a correction in Fantom price soon. 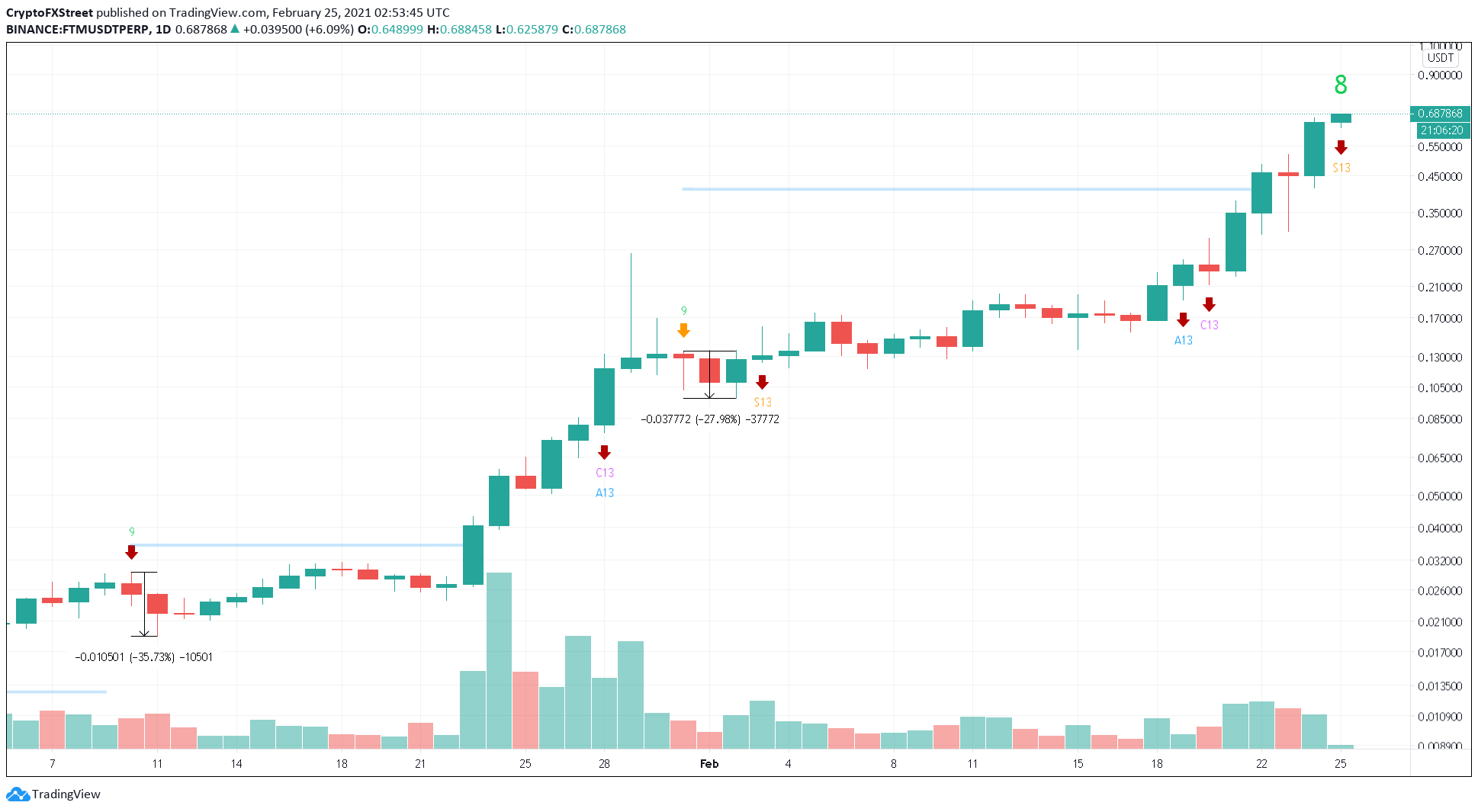 On the other hand, FOMO-led rally leading to a spike in buying pressure could easily ignore and invalidate the sell signals. In such a case, Fantom price could rally 20% to hit a new all-time high at $0.81, which coincides with the 127.2% Fibonacci retracement level.

A 4-hour candlestick close above this level could propel the coin $1 or the 161.88% Fibonacci retracement level.