Home » For what it’s worth

For what it’s worth 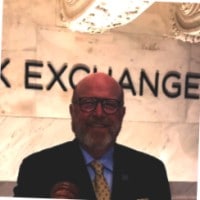 With apologies to the ’60s rock group Buffalo Springfield, “There’s something happening here, and what it is ain’t exactly clear.”   I’m confused.   Maybe confused is the wrong word.   I’m baffled.   We have two economies, the United States and the Eurozone.   One economy appears to be making its way out of the economic doldrums it has been in for a few years.

While the growth numbers are not as good as expectations expect them to be, the numbers still are showing growth.   The other economy remains mired in recession, as PMI releases consistently show numbers in the mid 40’s when a number above 50 signifies growth and expansion.   And yet, while the US economy looks as if it is back on track and the Euro zone economy can’t seem to get out of its own way, the EUR remains “strong”.

USD improvement against other currencies such as the JPY, GBP and CHF are logical.   But the USD cannot seem to make any headway against the EUR.

Eurozone PMI was released this morning.   The Euro average stands at 47.0.   The Sentix index, which is a gauge for European investor confidence rose to -15.6 in May from -17.3 in April.   This is being considered as good news.   But, it should also be noted that according to the PMI surveys, Euro area services and manufacturing output shrank for a 15th  month in a row in April.   And to add to this, the April level for the composite output remains well below the first quarter 2013 average, at 47.7.    So, given this analysis, the Euro region continued in recession for the first quarter of 2013.   The confirming number for this will be released on May 15.   And it probably isn’t too much of a stretch to expect this recession to last through the second quarter of 2013 as well.

These numbers make it difficult to believe that there will be economic recovery in the third quarter of 2013.  In the U.S. a couple of weeks ago, it was noted that GDP for the first quarter rose 2.5%.   The market had predicted 3.0%.   The USD was immediately sold off as analyst moaned how the US economy was “failing”, and the recovery predicted was not happening.   It improved by 2.5%!!!   Granted, number had missed expectations, but it had improved.   And here, I believe lies the heart of the problem.

Perception versus reality!!   What is expected versus what really occurs.   I am starting to think that no one expects the Euro zone economy to improve, and when it doesn’t improve, that was expected, so nothing happens.   However, analysts are expecting the U.S. economy to improve and when it doesn’t meet expectations, the “disappointment reaction” is overplayed.    Look at it another way.   No matter what the FED Chairman, Ben Bernanke says about the economy, analysts still believe there is no “exit plan” for QE, and when the “easing begins to ease”, the US economy will falter.   Yet, ECB President Mario Draghi can say anything he wishes and traders will take it as “gospel” and buy EUR.   Last week, “negative interest rates” were mentioned regarding the Euro zone and the EUR was briefly sold off, but once again found a way to bounce back.   Unemployment in the US is improving.   Unemployment in the Euro zone remains at record levels in some member countries.

There are those who maintain that the strength of the EUR is due to it being a “risk” currency, and when traders are in a “risk on” mood, they include the EUR in their purchases along with the Australian and Canadian Dollars.   Yet those currencies tend to strengthen when commodities strengthen.   Commodity prices don’t affect the EUR.   Equity markets have also been given credit for strengthening the EUR, but that correlation has had been bumpy lately to say the least.  So, where do we go from here?   At the beginning of this piece, I mentioned that I was confused.

I still am.   It seems that the economies that have “embraced” easing have seen their economies improve.   Yet, the ECB has remained stubborn when it comes to this.   Would a lower EUR stimulate exports and jumpstart the economy?   Japan seems to believe this will work as their new government has taken those steps over the last few months.   Are the financial woes that have plagued the EUR from Ireland to Italy to Spain to Greece to Cyprus finally stopped?

I don’t think so.   Can Germany and France turn their economies around and lead the Euro zone out of recession?   According to the numbers released lately, not yet.I guess the answer to the question above is. I am not sure.   Economic recovery in the US remains fragile at best.   But fragile recovery is better than none at all.   Analysts are still calling for a lower EUR in the second half of 2013.   I’m still firmly in that camp but I’m beginning to wonder what it will take to move the single currency lower.

Matthew Lifson is a Foreign Exchange Trader and a Market Analyst. with Cambridge Mercantile Group.

With apologies to the '60s rock group Buffalo Springfield, "There's something happening here, and what it is ain't exactly clear."   I'm confused.   Maybe confused is the wrong word.   I'm baffled.   We have two economies, the United States and the Eurozone.   One economy appears to be making its way out of the economic doldrums it has been in for a few years.   While the growth numbers are not as good as expectations expect them to be, the numbers still are showing growth.   The other economy remains mired in recession, as PMI releases consistently show…