German ZEW Economic Sentiment, US Retail sales and inflation data are the main events lined up.  Let’s see what awaits us today.

In the US, Headline CPI increased more than predicted in March rising 0.3% from 0.4% in February while Core CPI excluding the food and energy products rose 0.2% in line with predictions after 0.1% gain in the previous month. CPI is expected to gain 0.1% while Core CPI is predicted to rise 0.2%.

Later on in the US, Empire State Manufacturing Index New York Manufacturing activity plunged in April to 6.6 from20.2 in March, way below estimations of 18.1. The main cause for this drop is a decline in new orders. Nevertheless this is still a positive figure indicating expansion. An increase to 9.3 is expected now.

More in the US, TIC Long-Term Purchases gap of US securities contracted unexpectedly to 10.1 billion in February from 102.4 billion in January. A rise to 19.4 billion is expected now.

Moreover in the US, Business Inventories increased less than predicted in February rising 0.6% following 0.8% increase in January suggesting an improvement in consumer spending. A further drop to 0.5% is predicted now.

In Europe, German ZEW Economic Sentiment measuring sentiment among German analysts, Jumped in April to 23.4 from22.3 in the previous month, suggesting strong optimism among German economists future economic activity. A drop to 19.2 is anticipated this time.

Later in Europe, Flash GDP The Euro-Zone economy shrank 0.3% in the forth quarter of2011 in line with predictions, following 0.1% gain in the third quarter. A further drop of 0.2% is expected in the first quarter.

Later on in Europe, ZEW Economic Sentiment among German analysts concerning the Euro-zone   increased to13.1 in April from11.0 in March. This increase was better than the 10.7 predicted. A drop to 11.7 is anticipated.

More in Europe, ECOFIN Meetings gathers the EU Finance ministers to discuss financial issues concerning the EU such as Euro support tactics. Its decisions are released after the meetings are over.

Moreover in Europe, French Prelim GDP. French economy grew 0.2% in the last quarter of 2011. The increase was contrary to predictions of 0.2% decline. Growth rate is not expected to change in the first quarter of 2012.

Also in Europe, German Prelim GDP. German economy contracted 0.2% in the forth quarter of 2011, less than the -0.3% predicted.  This time an increase of 0.1% is expected.

Finally in Europe, French Prelim Non-Farm Payrolls. French job market excluding farming industry, contracted 0.2% in the forth quarter after a flat reading in the third quarter. Another decrease of 0.2% is anticipated this time.

For more on the Euro, read the  Euro to dollar forecast.

In Great Britain, Trade Balance.UK trade balance deficit increased in February to 8.8 billion from 7.96 billion in the previous month. Deficit is expected to narrow to 8.4 billion this time.

Read more about the Pound in the  GBP/USD forecast.

Later in Australia, New Motor Vehicle Sales. The number of new automobiles sold in Australia during March edged up 4.0% from 0.2% increase in February, indicating a real improvement in the automobile industry.

For more on the Aussie, read the  AUD/USD forecast.

For more events later in the week, check out the Live Forex Calendar

Later in Japan, Tertiary Industry Activity. Service sector activity remained flat in February following 0.6% decline in the previous month. This reading was much lower than the 0.8% gain predicted by analysts.   A drop of 0.3% is anticipated now.

Read more about the yen in the USD/JPY forecast. 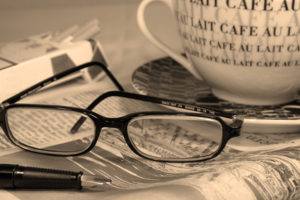 German ZEW Economic Sentiment, US Retail sales and inflation data are the main events lined up.  Let's see what awaits us today. In the US, Headline CPI increased more than predicted in March rising 0.3% from 0.4% in February while Core CPI excluding the food and energy products rose 0.2% in line with predictions after 0.1% gain in the previous month. CPI is expected to gain 0.1% while Core CPI is predicted to rise 0.2%. Later in the US, Retail sales climbed 0.8% beating expectations for 0.4% gain in March following 1.0% increase in February. Meantime Core retail sales jumped…