Latest
You are at:Home»Opinions»Four carry trade currency pairs in 2020

No trend, no trade? Not so fast, as markets with low volatility still provide opportunities. Volatility in foreign exchange markets has been falling, with EUR/USD – arguably the most popular currency pair – falling to a 40+ year low in its movement.

Central banks are behind the limited market movement. In the years following the 2008 financial crisis, policymakers have slashed interest rates and have provided liquidity by embarking on bond-buying schemes. The vast amount of cash sloshing around markets has been cushioning potentially sharp moves.

Investors lend money where rates are low and park them where the returns on their funds are higher, impacting the exchange rate on its way. 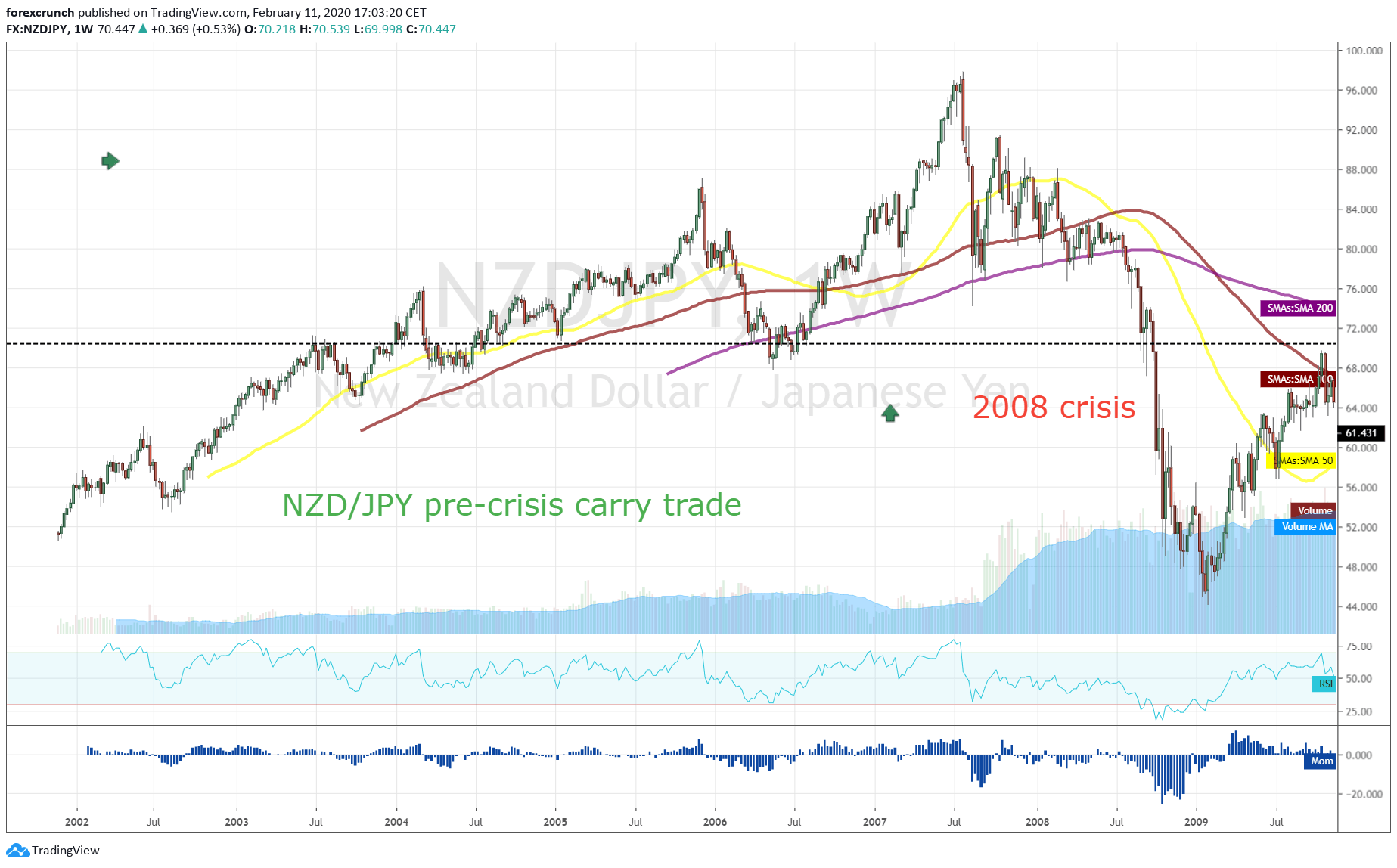 Before the crisis, Australia and New Zealand held interest rates well above 5% while Japan’s borrowing costs never surpassed 1%. AUD/JPY and NZD/JPY were moving higher – until the crisis erupted. This carry trade works as long as stability – the source of depressed volatility – prevails. When economic prospects turn sour, volatility soars and the carry trade is undone.

While those gaps are gone, the current Zero interest-rate policy (ZIRP) world consists of rates ranging from +1.75% to -0.75%, providing a gap of 2.5% that gradually moves money toward the currencies backed by higher borrowing costs.

In the table above, it is important to note that the European Central Bank’s main lending rate is 0%, it is conducting its monetary policy in recent years via the deposit rate. This rate has an impact on EUR/USD and stands at -0.50%.

Negative interest rates were mostly a theoretical exercise before the Great Recession, but now they broaden the range.

The Federal Reserve and the Bank of Canada top the list with 1.75%. As long as these North American central banks refrain from cutting borrowing costs, their currencies are set to gain ground. Movements in the US and Canadian depend on economic data and other factors. The greenback benefits from safe-haven inflows and outflows while the loonie is correlated with Canada’s key export – oil. Nevertheless, in calmer times these currencies are set to edge higher.

On the side of the scale, we find the Swiss National Bank’s -0.75% and the European Central Bank with -0.50% mentioned earlier. Also here, the franc is somewhat bid when fears grip markets and the euro is prone to political crises in the eurozone among other factors.

Also here, when markets are settled, these currencies have room to fall.

The entailing trades are going long on USD/CHF and CAD/CHF, while shorting EUR/CAD and EUR/USD. The world’s most popular – and often most frustrating currency pair – still has a clear trend driven by interest rates. The 2.25% differential in borrowing costs is one of the reasons for the pair’s decline in early 2020 and barring any major changes, it could extend. 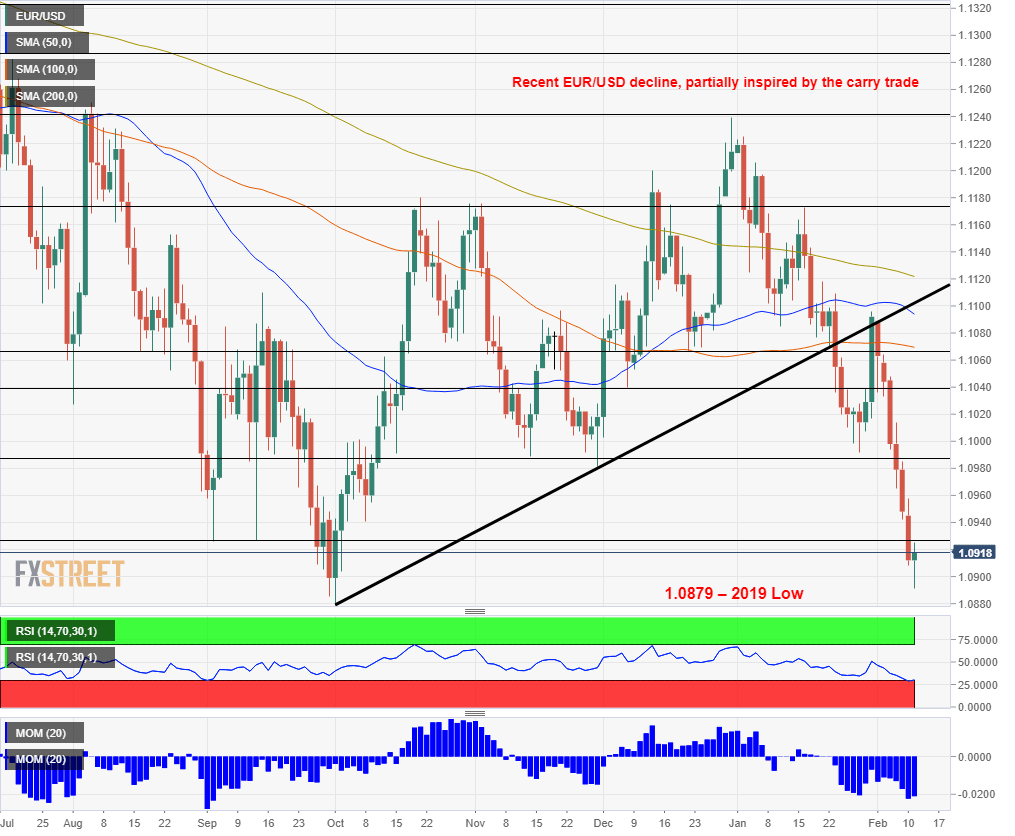 Tips for the carry trade

Stability: It is essential to reiterate that the carry trade requires stability, which is not always in store. Coronavirus headlines, a crisis with Iran, and Brexit may always interfere.

Patience: Moves that stems from rate differences are slow. They last over long periods and are suitable for those who have time on their hands.

Readiness to exit: The AUD/JPY and NZD/JPY carry trades were highly successful in 2007 until they collapsed in 2008. While a crisis of that magnitude is not on the horizon, periods of stability and low volatility are prone to end abruptly. Knowing when to bail out is key.

Low volatility may be unexciting but provides opportunities in settled times for those with patience and awareness of when to exit. USD/CHF, CAD/CHF, EUR/CAD and EUR/USD are the best currency pairs in the developed world that provide opportunities.