“We have a deal” – screamed the headlines and GBP/USD shot higher, falling short only 11 pips of 1.30. However, the Democratic Unionist Party’s outright “no” sent  cable  back to the pre-announcement levels.

The next moves hinge on parliament. Will they approve Prime Minister Boris Johnson’s deal? And what happens if they reject it? The House of Commons meets for an extraordinary session on Saturday, October 19, but headlines are set to send  sterling up and down before markets close for the weekend and immediately when they open.

In our  pre-summit preview, we noted five scenarios. The first one – approval of a deal – remains intact but the chances are falling. Three new scenarios have come to light.

Here is a repeat of those first two

In this scenario, the PM convinces the Brexiteers that letting Northern Ireland drift away – proposals that he objected in the past – is the best possible option to get Brexit done. Labour MPs from Leave-voting constituencies to back it, and it is then set for sailing through parliament on Saturday, October 19. The DUP’s vote against it is insufficient to stop the deal.

GBP/USD would surge and  perhaps hit 1.32  or even higher. The probability is low.

Markets desire a soft deal – perhaps the Norwegian model – and preferably no Brexit at all. However,  the pound  has been pricing in a no-deal as late as September, and its recovery does not price in an accord – just a short delay. The rally we have seen may only be the beginning.

In this scenario, parliament rejects the accord as expected – and like they did three times to Johnson’s predecessor Theresa May. The Benn Act then forces the PM to ask for an extension, but all parties agree that elections are the best way to end the deadlock.

Johnson then campaigns that he will leave with his deal while other parties vow to hold a referendum to reverse Brexit. Uncertainty about what will happen next is high but short-lived -the UK organizes elections rapidly.

The only downside is that Nigel Farge’s Brexit Party wins enough votes to force a new Johnson government to leave without a deal.

In this scenario,  GBP/USD will likely maintain its broad recent range. It has a high probability.

3) Deal supported but conditioned on a referendum

In this scenario, which has to be carefully crafted by the opposition, they support the deal – but with a crucial condition – a second referendum. The vote is held while protesters are set to flood London with calls for a “people’s vote” – or “confirmatory vote” as Labour calls it. The new poll would pit Johnson’s agreement against remaining in the EU. The bloc would likely grant a long Brexit delay to allow for the vote.

If they pass the amendment, the Conservatives – or at least most of them – will vote against it. Nevertheless, it will likely pass. The PM will have a dilemma about how to move forward and the opposition may even replace him with a caretaker PM – Corbyn is unlikely to enter 10 Downing Street.

This scenario, which has a  medium-low probability could send GBP/USD above 1.30. The possibility of a no-deal Brexit would be eliminated.

In this scenario, parliament only votes down the deal and waits for Johnson to comply with the Benn Act and ask for an extension. The PM then finds a loophole and marches the UK out of the EU without an accord.

Another scenario is the EU refuses to grant an extension. French President Emmanuel Macron and other leaders may want the UK to get over with it and leave – even if the price is economic damage.

This scenario of a no-deal Brexit has  very low probability – and would send GBP/USD plunging to 1.10.

Brexit is set to continue rocking GBP/USD as the focus moves to Westminster. There are four different scenarios and markets will move ahead of the special vote on Saturday and also after the weekend. High  volatility is set to prevail. 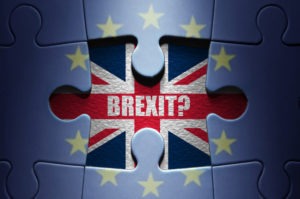 The UK and the EU reached a Brexit deal and the ball now moves to the UK parliament.   There are four different scenarios and outcomes for the pound. Substantial GBP/USD volatility is expected ahead and after the weekend. "We have a deal" - screamed the headlines and GBP/USD shot higher, falling short only 11 pips of 1.30. However, the Democratic Unionist Party's outright "no" sent  cable  back to the pre-announcement levels. The next moves hinge on parliament. Will they approve Prime Minister Boris Johnson's deal? And what happens if they reject it? The House of Commons meets for an…