Home » Funda-FX wrap: Trump’s letter to Kim cancelling the what would have been historic summit

Funda-FX wrap: Trump’s letter to Kim cancelling the what would have been historic summit

Following the headlines in Asia yesterday that the US plans to impose 25% tariffs on imported vehicles,  Funda-FX today was dominated by the news that Trump cancelled what would have been a historic summit between the two leaders of N.Korea and that of the U.S.

It was announced around the London close that Trump had sent a letter to the North Korean leader, Kim Jong Un, cancelling the meeting. Letter as follows, ( the letter was written entirely in his own words, a senior administration official said): 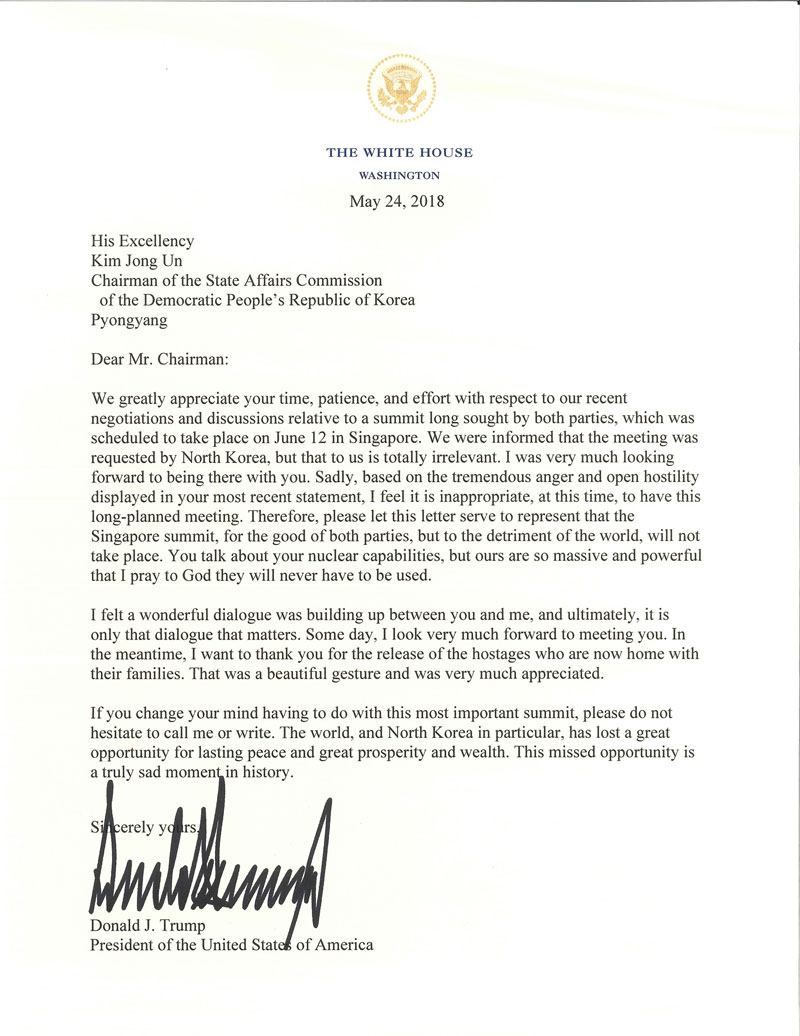 The cancellation of the meeting  followed as a US delegation was left hanging last week in Singapore after their North Korean counterparts failed to show up, a senior US official said. The delegation had been in the city to make the final logistical preparations for Trump’s now-cancelled summit with Kim.

French President Emmanuel Macron said he hopes the cancellation of the Trump-Kim summit is “just a hitch” in the peace process. However, the White House squashed such hopes and any notion that a June 12 meeting with North Korean leader Kim Jong Un could still take place. However, Trump’s concluding remarks seems to have left the door open for a future meeting with Kim Jong Un.

“Hopefully everything is going to work out well with North Korea. A lot of things can happen. Including the fact that, perhaps, it’s possible the existing summit could take place or a summit at some later date,”

This was the main news for the day following this week’s FOMC minute’s fuelled risk rally, yesterday. The FOMC has essentially left two rate hikes on the table for 2018 but has indicated that inflation can run above the 2% target while means there is very little chance of three rate hikes in 2018 and 2019 may be scaled back as well in terms of the pace of normalisation of policy. Markets today responded to the N.Korean news negatively and whatever improved risk sentiment post the FOMC minutes  the bulls had enjoyed was effectively  wiped off the table again.   The US benchmarks, for example, dropped and the S&P 500 was at one stage down as much as 1.0% on the headlines. 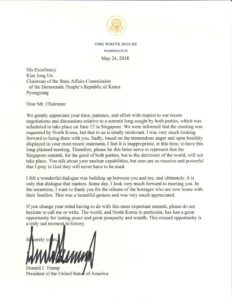 US President Donald Trump announced  cancels the summit with North Korean Leader Kim Jong Un and markets turn risk-off. The US plan to impose 25% tariffs on imported vehicles and the fruitless second round of talks between the US and China over trade war also collaborated to the risk-off sentiment on Wall Street. USD/JPY was sent down to 108.96 and AUD/JPY was down to 82.38. Gold, on the other hand, picked up the safe haven bid to $1,306/oz. Following the headlines in Asia yesterday that the US plans to impose 25% tariffs on imported vehicles,  Funda-FX today was dominated by…