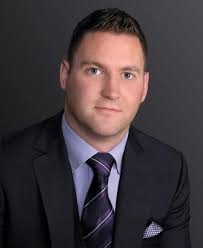 With most of the world’s gold on its way to Canada in the aftermath of yesterday’s game, paper-backed currencies are down across the globe this morning. First among the fiat currencies, the greenback is down slightly, receiving extremely modest support from a toothless G20 communique. Finance ministers and central bankers from the Group of 20 industrialised economies issued a statement suggesting that they would look to generate an additional $2 trillion in growth over the coming five years and tens of millions of jobs – but committed to no concrete actions that might support these goals.

The euro is trading near a seven-week high after the German Ifo institute released numbers showing that business confidence had improved more than expected in February. This number helped to release some of the pressure that has been building on the European Central Bank to provide additional stimulus at its next meeting on  March 6th. The jury is out however, meaning that the inflation and money supply data scheduled to drop later this week are likely to clarify market expectations to a greater extent. Against this backdrop, the 1.38 ceiling looks largely intact for now, and sentiment is generally bearish – but market participants are increasingly wary of a 1.40 touch within the next six months.

Pounds sterling are trading on a stronger footing, after the young man at the Old Lady of Threadneedle Street said that the central bank would continue to support the economy even as rate hikes move closer to becoming reality. Carney told the Australian Financial Review, “We will not take risks with the recovery – we are going to set the path of monetary policy in a way that ensures that we see sustainable growth in jobs and incomes and in spending”. This intersected with a recent series of solid data releases to put traders on the bid side of the currency, pushing it toward a three-year high against the big dollar.

On the colder the Canadian dollar is still caught between opposing forces in reaction to  Friday’s  dual data shocks. January’s consumer price index number came in well above expectations, rising to 1.5% on an annualized basis, but this result was partially offset by a 1.8% drop in December retail sales. Most market observers are blaming the weakness on wintry conditions, and are more focused on the inflation number’s interest rate impact. As price increases approach the Bank of Canada’s implicit 2% target, rate cuts are likely to fall off the table, removing some of the impetus behind the loonie’s recent slide.

From a broader perspective, implied volatility levels have collapsed along the front end of the curve across the major pairs, reflecting a sense that exchange rates will be tightly constrained in the coming month. While fundamentals are improving in many countries, the impetus for substantial gains across most of the majors is still missing, and with the next US employment number due to drop on  March 7th, traders are extremely hesitant to take long positions against the dollar.

For commercial hedgers, these are ideal circumstances. With unstoppable trends absent from the markets, trading ranges have widened – allowing businesses to capitalize on favourable swings. Standing market orders should be part of every hedger’s toolbox over the coming month.

The offshore Chinese renminbi saw its biggest reversal in more than two years over the last week, falling almost a full percentage point in nominal terms against the dollar. This made headlines around the world, and came as something of a shock to those who have become accustomed to an uninterrupted rise in the currency’s value.

Ostensibly, the exchange rate’s underperformance was related to weaker-than-expected purchasing manager numbers, confirming a widespread sense of pessimism about the Chinese economy’s future. Indeed, this would seem to mirror developments in the broader markets, where participants are rapidly ratcheting growth forecasts downward.

However, as is often the case when it comes to China, we suspect the reality isn’t nearly so simple.

Offshore investors and onshore businesses have spent much of the last five years using tightly restricted capital channels to sell dollars and recycle them into renminbi, thereby capitalizing on attractive interest rate spreads and participating in gains as the central bank guided the currency higher.

This had unfortunate economic consequences. By injecting billions of foreign dollars into  the shadow banking sector, the process helped to inflate investment bubbles and loosen the government’s control over the credit creation process. At the same time, the rising exchange rate took a terrible toll on the country’s external competitiveness.

In essence, rampant speculation began to endanger the government’s policy objectives, threatening the internationalisation of the currency and destablising the system of capital controls that laid the foundation for China’s economic miracle.

To combat this, the monetary mandarins at the People’s Bank of China may be deliberately introducing volatility to the renminbi market. Last week’s move will have crushed a vast number of speculative positions, while inflicting serious damage on interest rate arbitrageurs.

If so, the repercussions could be fairly substantial. We’ll discuss the external implications more fully in the coming weeks, but it is clear that the renminbi’s path forward is becoming more complex. May we live in interesting times.

Indices sluggish amid politically tense week; What to expect this week? 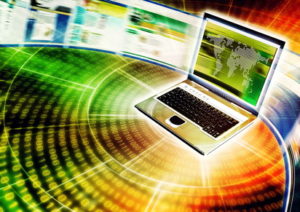 With most of the world's gold on its way to Canada in the aftermath of yesterday's game, paper-backed currencies are down across the globe this morning. First among the fiat currencies, the greenback is down slightly, receiving extremely modest support from a toothless G20 communique. Finance ministers and central bankers from the Group of 20 industrialised economies issued a statement suggesting that they would look to generate an additional $2 trillion in growth over the coming five years and tens of millions of jobs - but committed to no concrete actions that might support these goals. The euro is trading…