Latest
You are at:Home»Forex News»GBP/USD awaits Boris Johnson with some anxiety

The leadership contest in the Conservative Party has been going along smoothly – until now. After letting all his competitors sweat out and set their agendas, former foreign secretary Boris Johnson finally enters the fray.

The leading candidate has reportedly amassed the support of the hard-Brexit ERG group within the party – all but securing his position in the shortlist of two candidates who will face the membership. He will launch his campaign later today and markets will be listening carefully to his policies – especially Brexit.

Johnson will likely say that the UK must leave the EU on October 31st, come rain or shine – deal or no-deal – a pledge that will please party members but will hurt markets and the pound. He may offer other policy measures of interest as well.

While Johnson’s Brexit stance may weigh on Sterling in the short term, he may change his mind later on.

See GBP/USD: If Boris Johnson becomes PM, volatility will rise, but Sterling may not necessarily suffer

And as Tory MPs tussle for the top job, Brits continue enjoying a robust labor market. The latest data for April has shown that the unemployment rate remains low at 3.8% and that wages have risen by 3.1% – slightly better than expected. The rise in the claimant count change has yet to push the jobless rate higher. The news has pushed the pound higher.

In the US, President Donald Trump has criticized the Federal Reserve – calling for a rate cut and celebrating low inflation. The Fed meets next week and is projected to leave interest rates unchanged. Today’s consumer price index data is a critical input for the central bank. Core CPI is forecast to remain unchanged at 2.1% year on year. Any deviation may rock markets.

The trade war between the US and China has been intensifying after Trump said he is holding back on a deal while Chinese officials said they will not move. The market mood is more risk-averse than on Tuesday.

Overall, markets will be tuned to Boris Johnson, trade news, and US inflation. 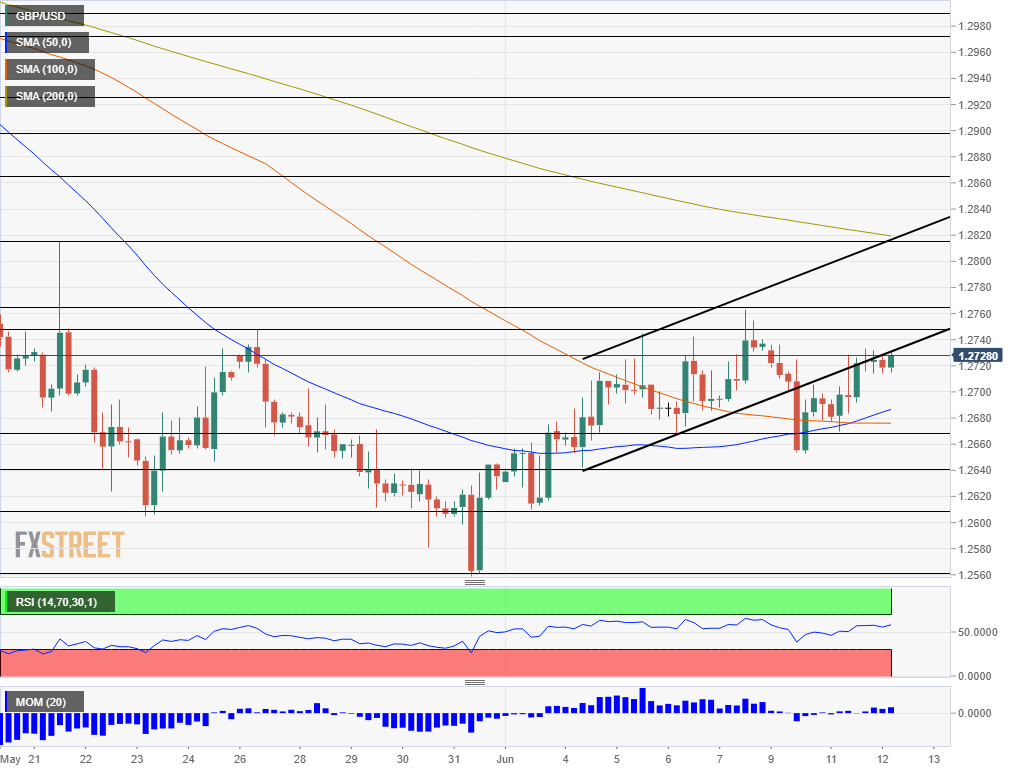 GBP/USD continues trading below the uptrend channel and has been unable to recapture it – former support now caps it. Momentum remains positive but muted while the Relative Strength Index is stable.

Get the 5 most predictable currency pairs
Previous ArticleCryptocurrency market update: Litecoin breaks away from Bitcoin amid broad-based consolidation
Next Article US Deputy Treasury Sec. Muzinich: Must keep transatlantic partnership strong