Latest
You are at:Home»Forex News»GBP/USD capped by resistance as further Brexit clues awaited

GBP/USD is “hugging” the 1.3100 level, sticking to familiar ranges. After the EU granted a six-month extension to Brexit, markets are calmer and are not busy with asking what’s next, as the next deadline is October 31st, Halloween.

Parliament is on recess this week, but talks between the government and the opposition Labour Party continue. Both agree on leaving the EU and to end free movement, while future trade relations remain an issue. Labour wants a customs union with the EU while the Conservatives want to break away from the bloc. The chances of a second referendum are unclear.

In the US, trade talks with China are making progress, with reports on US concessions regarding Chinese government involvement in the economy. The news help boost markets and the risk-on mood keeps GBP/USD bid.

The FOMC’s Charles Evans will speak later, and he will likely reiterate the patient stance regarding rates. The Empire State Manufacturing Index is also due, and an increase is on the cards.

With low-tier data, the focus remains developments in negotiations between the world’s largest economies and the UK’s largest political parties. 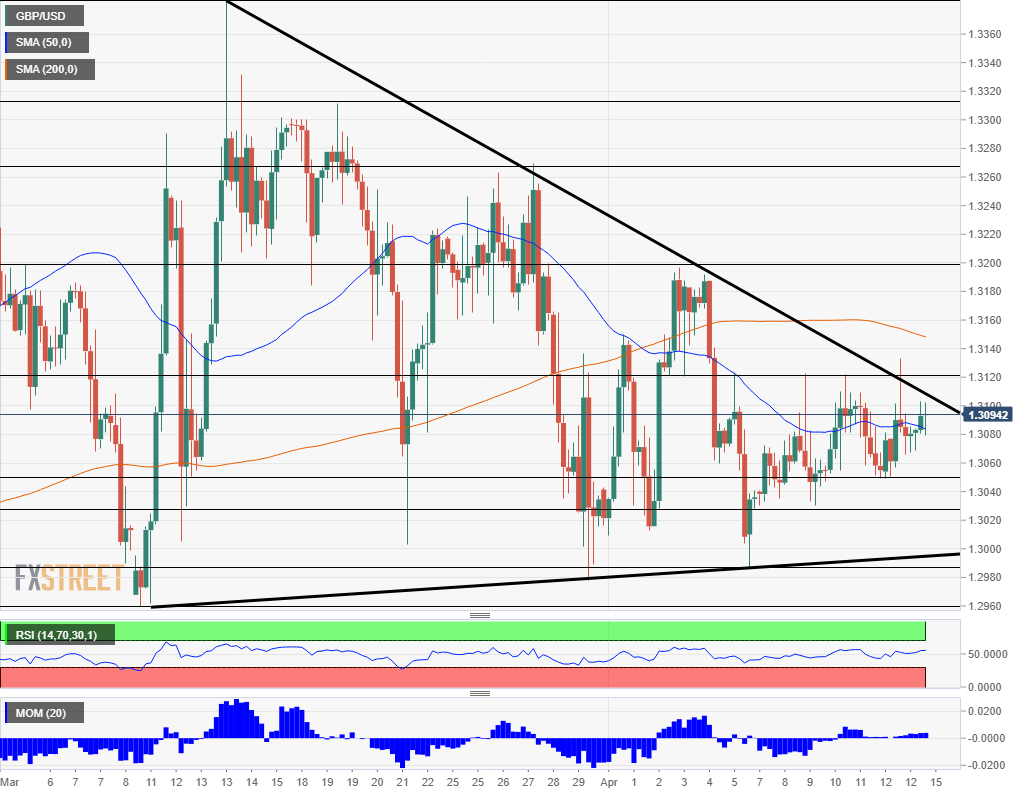 GBP/USD is trading below the downtrend resistance line that accompanies it since mid-March. When the price hits the line, will it break or bounce? We will know soon enough. Other indicators are quite neutral, with a lack of Momentum and a stable Relative Strength Index.

Get the 5 most predictable currency pairs
Previous ArticleGold Technical Analysis: Challenges 100-DMA, bears eyeing a sustained break through $1280 support
Next Article EUR/USD Technical Analysis: The pair could extend the upside to 100-day SMA at 1.1345