Latest
You are at:Home»Forex News»GBP/USD Forecast: Bears push sterling to oversold conditions, bounce on the radar

The greenback is shining on Blue Monday – investors continue shifting funds to the dollar, following downbeat US data last week. The fall of 1.4% in Retail Sales was the latest factor causing fear about both America’s economy and the global one. After long days in which the dollar moved to the tune of Treasury yields, it began responding to concerns about the impact of the current slowdown.

GBP/USD has been struggling, falling by nearly 200 pips from the highs near 1.37. However, there are several reasons to expect an upswing in the currency pair – driven by forces on both sides of the pond.

Starting from the US – which is on holiday on Monday – the main event is the inauguration of Joe Biden as President. The new Commander-in-Chief is set to push through his $1.9 trillion stimulus program and a plethora of Executive Orders that would also promote growth. Fears of violence by pro-Trump supporters may be exaggerated, as seen by low participation in protests over the weekend.

Another US impetus comes from the Federal Reserve. Chair Jerome Powell put an end to speculation about an early tapering of bond buys – and the Fed may even go further with expanding its program. That would also weigh on the greenback.

In the UK, the vaccination campaign is getting another shot in the arm, with those over 70 being asked to get their jabs. Over 6% of Brits have received at least one dose, the highest in the Western world. 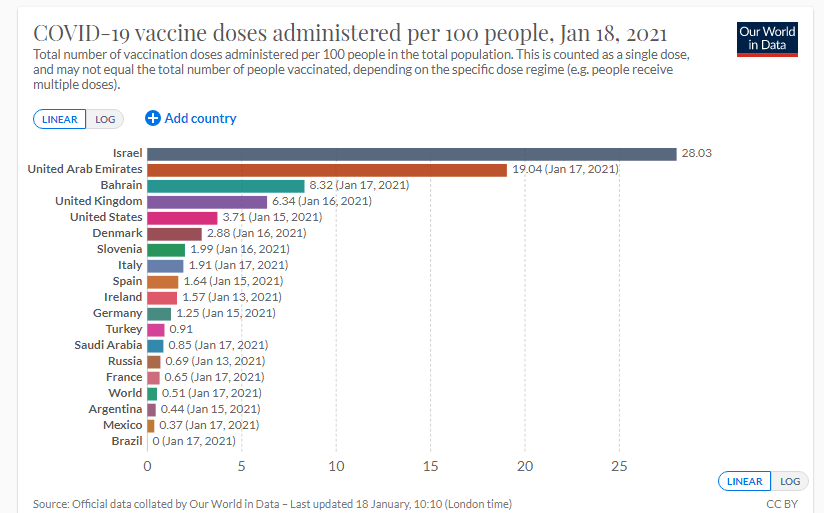 Another reason for optimism is the gradual descent in COVID-19 cases, which is showing that the lockdown is beating the effect of the new, contagious variants.

Overall, there is room for upside in cable. 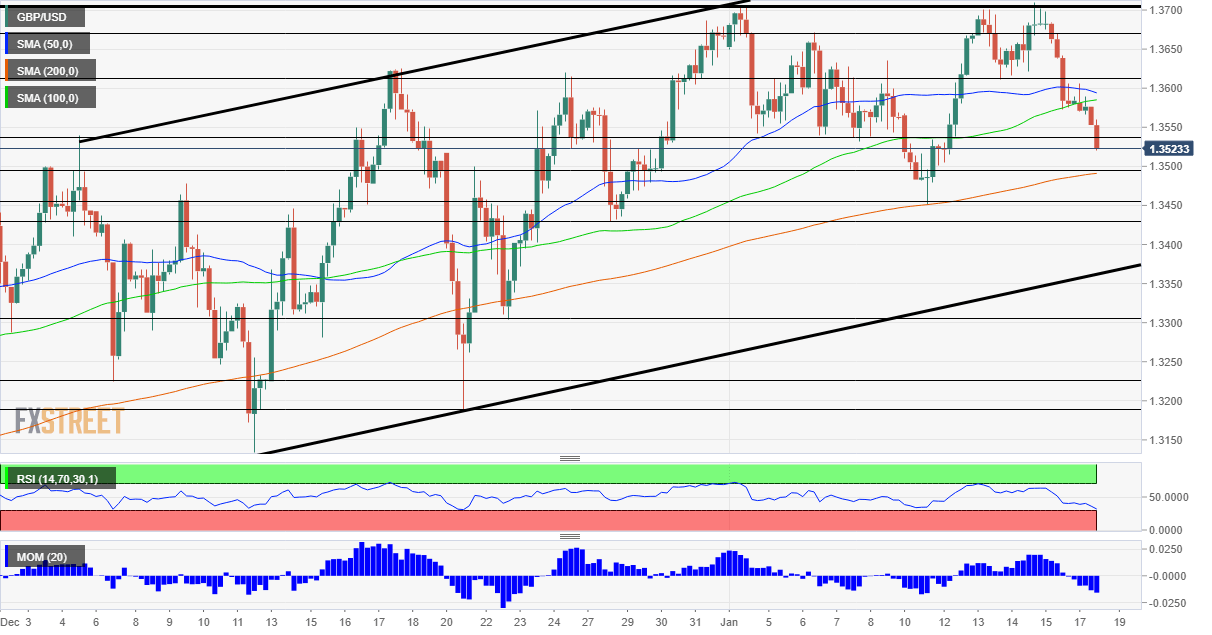 Pound/dollar has dropped below the 50 and 100 Simple Moving Averages on the four-hour chart, and also suffers from downside momentum. However, it is still holding above the 200 SMA – which is just around 1.35 – and the Relative Strength Index is touching 30. Oversold conditions indicate a bounce is coming.

Get the 5 most predictable currency pairs
Previous ArticleGBP/USD: Optimism over the rollout of COVID-19 vaccines to trigger a bounce
Next Article USD/JPY: Bearish pressure to increase on a break below 103.50