Latest
You are at:Home»Forex News»GBP/USD Forecast: Triple trouble for sterling? Why BOE, Brexit and Scottish fears may disappear

Super Thursday – and the Bank of England’s event is only the beginning. With three critical events awaiting the pound, there is no wonder that GBP/USD is holding its breath, ahead of a potential storm. These develop pose risks, yet pound bulls have reasons to be optimistic.

1) BOE – No taper now, but probably next time

The “Old Lady” is set to upgrade its economic forecasts in the Monetary Policy Report, like vaccines, the UK reopening, and also US stimulus are already pushing Britain’s economy higher. It is essential that the last MPR was released on February, so there is little doubt about an upgrade.

While that is already priced in, investors speculate about a potential tapering of the BOE’s bond-buying scheme. If Governor Andrew Bailey and his colleague announce a slowdown in purchases, it could boost the pound. Yet even if they wait until their next encounter in June – or next “Super Thursday” in August – it will likely keep the pound bid. In any case, the bank is set to unwind its pandemic emergency measures.

The UK sent two gunboats and France also reportedly unleashed a vessel to Jersey in scenes reminiscent of the 19th century. The British island that is close to the French mainland is known as a tax haven, but a fishing dispute related to the interpretation of the Brexit accord puts it in the spotlight now.

The military ramp-up is related to a planned protest by French fishermen. Will the two NATO allies fire shots over a minuscule issue? That is highly unlikely. The naval demonstration will probably come and go, while officials hammer out their differences.

Brits go to the polls on Thursday to vote in local and regional elections. One by-election in Hatleypoll is seen as a vote of confidence in the government’s handling of the pandemic, but the greater focus is on Scotland. The Scottish National Party and a smaller pro-independence outfit are on the verge of clinching a majority.

If they succeed, it could open a long battle for another referendum, which poses a risk to Britain’s economy. However, such a sweeping victory is far from guaranteed – and any attempt to hold another plebiscite would go through the courts. That means years of foot-dragging.

Overall, fears of an imminent new conflict are probably exaggerated – at least when it comes to the pound and at least in the near term.

Worries over all three issues may be holding sterling down, and once they are alleviated, sterling could shine. 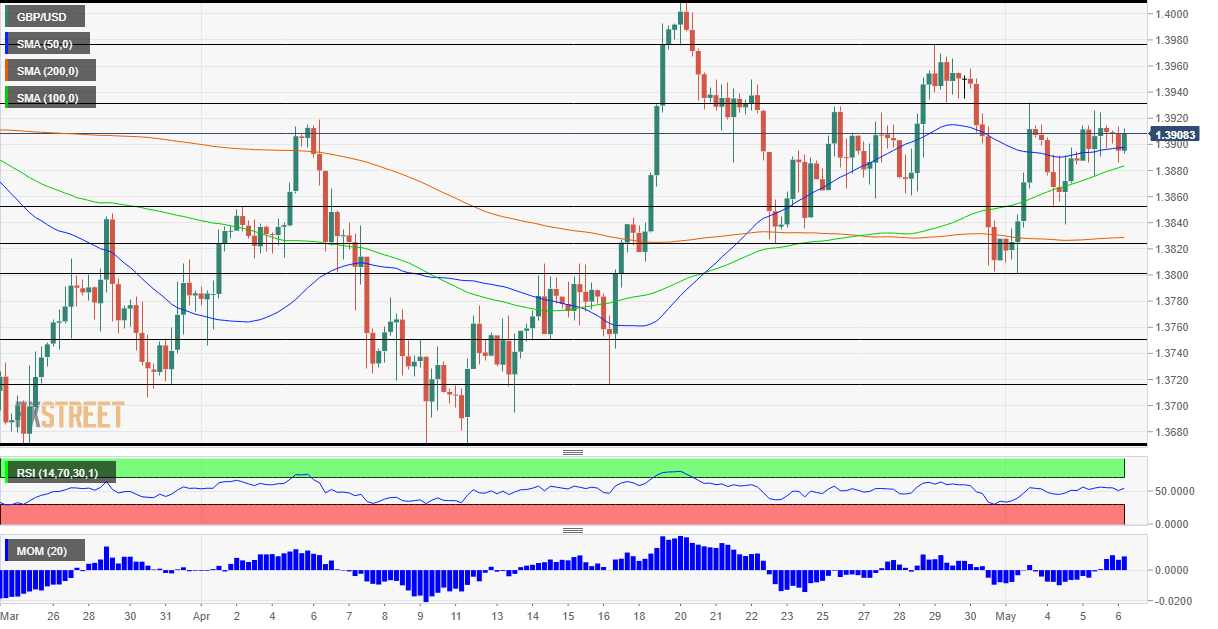 The technical picture is also brightening according to the four-hour chart. Pound/dollar surpassed the 50 Simple Moving Average and benefits from upside momentum. It is essential to note that long periods of range trading mean that big picture is fairly balanced.

Get the 5 most predictable currency pairs
Previous ArticleEthereum Price Prediction: ETH consolidates, but on-chain indicators predict another blastoff soon
Next Article EUR/JPY to see further gains towards the 133.13/48 zone – Commerzbank