Britain’s economy has shrunk in April but wage growth rose by 3.1%, more than 3% expected – and that has been enough to push GBP/USD above 1.2700. However, Sterling has several reasons to fall.

First, the employment report is less glorious than it seems at first sight. The claimant count change has shown an increase of 23.2K in May – worse than expected and opening the door to an increase in the jobless rate later on. Moreover, salaries have risen faster than forecast, but slower than in March, when annual pay rise hit 3.3%.

Secondly, the Conservative Party’s leadership contest seems to be between those who want a hard Brexit – Dominic Raab leads this camp – and those who think they can squeeze concessions from the EU on the Irish backstop – a strategy that proved futile for outgoing PM Theresa May. This camp includes Michael Gove and Jeremy Hunt. The leading candidate remains Boris Johnson and he supports leaving on October 31st, with or without a deal.

The only candidate that has offered a second referendum – Sam Gyimah – has dropped out of the race. The pound has suffered when the odds of a no-deal Brexit have risen and it may happen again.

GBP/USD has also risen on the weakness of the USD, originating from the US-Mexican agreement and hopes for aggressive interest rate cuts by the Fed. However, trade tensions between the US and China have intensified after President Donald Trump has threatened new tariffs on China if he does not meet President Xi Jinping.

Moreover, two rate cuts are far from being guaranteed – it depends on the data. Today’s producer price index will provide some insights on inflation, serving as a warm up to Wednesday’s consumer price – which may rock markets.

All in all, cable enjoys several factors that may be temporary and could turn back down. 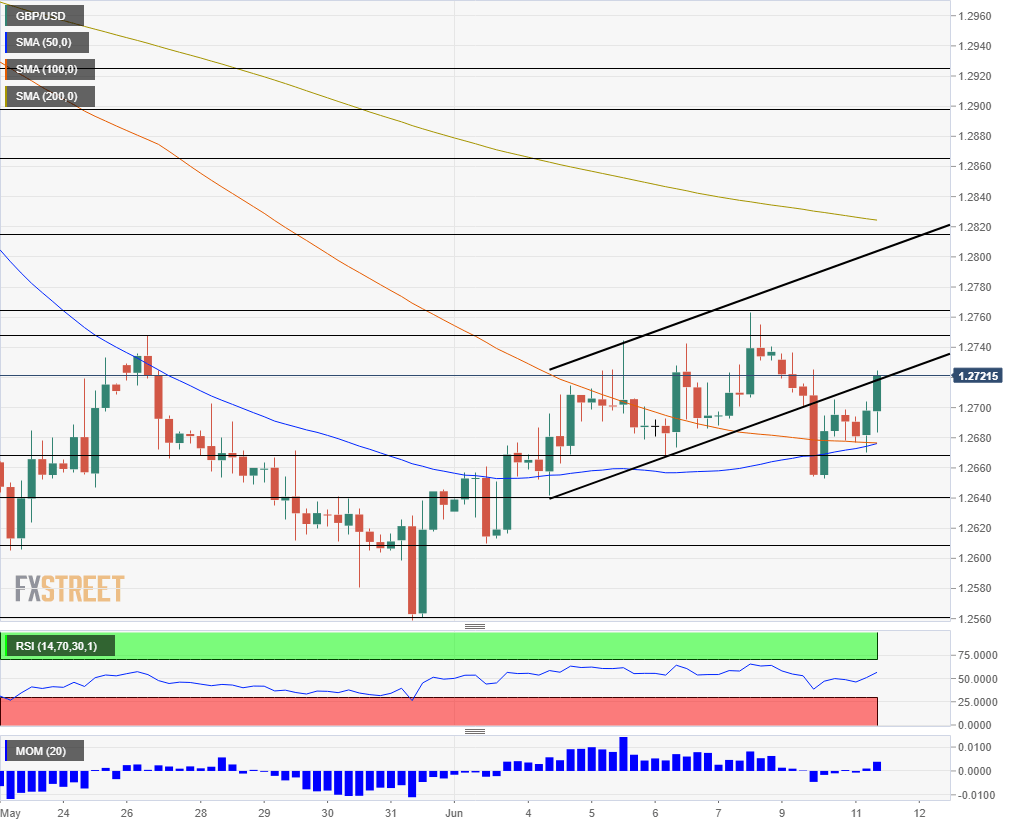 GBP/USD has been attempting to return to the uptrend channel it lost on Monday – so far without success. The former uptrend support line caps it. Momentum is marginally positive and cable is trading above the 50 and 100 Simple Moving Averages but below the 200 SMA.

Get the 5 most predictable currency pairs
Previous ArticleEUR/USD has three reasons to resume its falls
Next Article US Commerce Sec. Ross: US-China trade deal will eventually end in negotiation