Latest
You are at:Home»Forex News»GBP/USD has 3 reasons to fall, and it may not be the end of it

GBP/USD is trading in the lower half of the 1.3000s, pressured to the downside. There are three reasons for the slide to the lower part of the range.

The immediate trigger comes from the fresh inflation report for March. Headline, Consumer Price Index, disappointed with 1.9% against expectations for a rise to 2.0%. Core CPI also stalled at 1.8% YoY, below projections for an acceleration to 1.9%. Yesterday’s OK jobs report is now forgotten.

The second reason is stalled Brexit talks between the government and the opposition. Labour Leader Jeremy Corbyn said there is no agreement on the customs union and blamed the government for not changing its red lines. While Brexit was postponed to October 31st, the issue remains left, right and center.

The third reason is technical. The downtrend resistance line proved its strength over and over again in the past week, and it does not let go. Besides, the most recent fall also sent GBP/USD below the 50 Simple Moving Average on the four-hour chart, strengthening the bears. 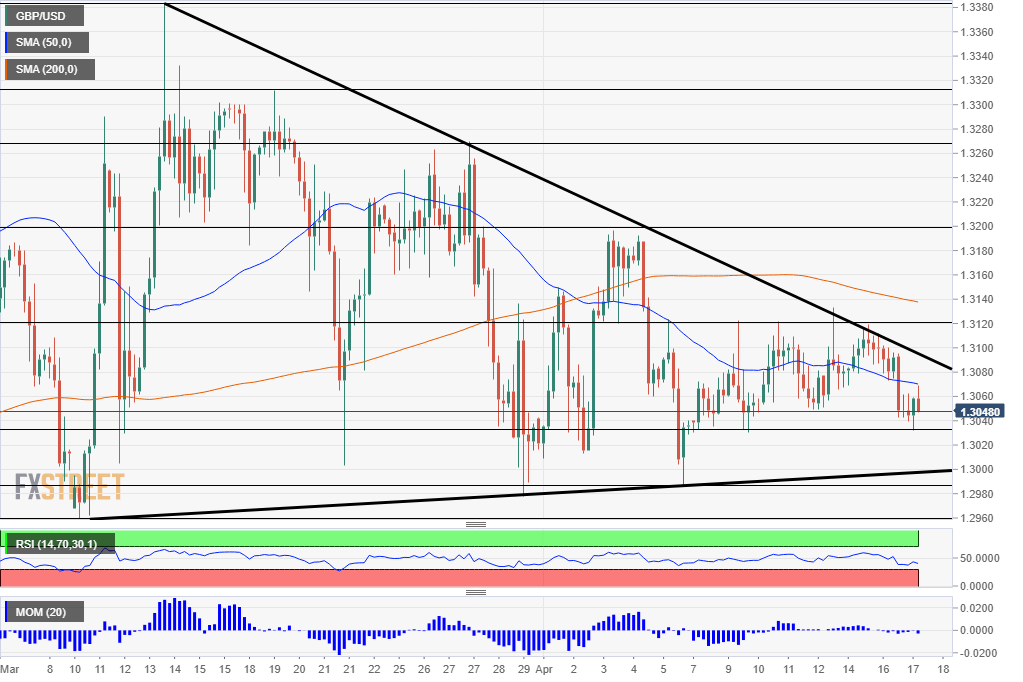 Looking forward, Bank of England Governor Mark Carney speaks later on and will have the opportunity to respond to the latest figures. Also, the US releases its trade balance data, and FOMC member James Bullard speaks.

All in all, the bears seem to be in full control.