Latest
You are at:Home»Daily Look»GBP/USD has a bit more room to the upside, rally not over yet

GBP/USD advanced on the weakness of the US Dollar and hopes for some kind of resolution on Brexit. What’s next? The technical levels point to additional upside potential.

The Technical Confluences Indicator shows that cable now faces resistance around 1.3065 where we see a convergence including the Simple Moving Average 5-15m, the SMA 10-15m, the Pivot Point one-week Resistance 2, and the SMA 50-15m.

From there onwards, the pair has lots of room to run higher, all the way to 1.3220 where the BB 1d-Upper and last month’s high.

The most significant support line is around 1.2929 where the all-important Fibonacci 38.2% one-month meets the BB 4h-Middle.

All in all, support is stronger than resistance. 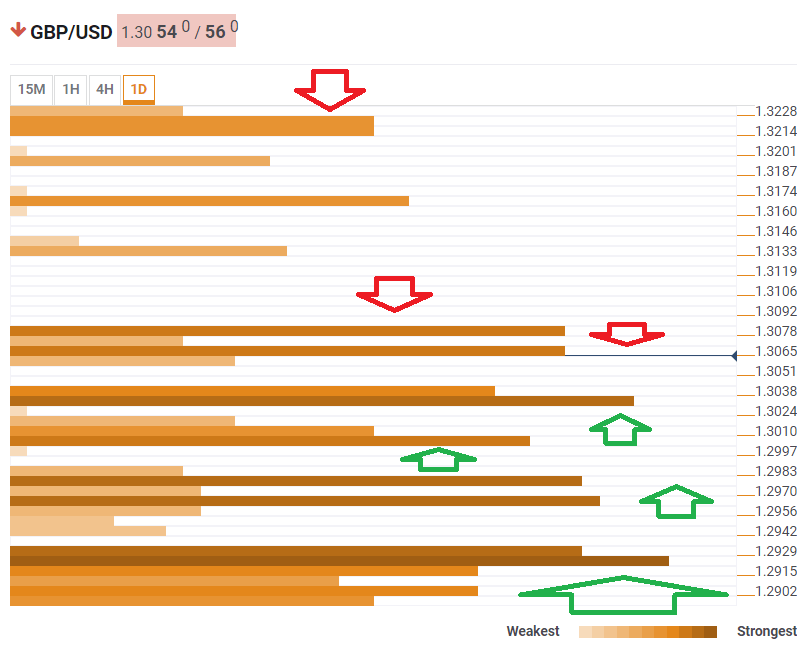 Get the 5 most predictable currency pairs
Previous ArticleBoJ’s Kuroda: Doesn’t believe current BoJ policy is weakening the Yen
Next Article US Dollar Index cautious around 96.50 ahead of FOMC