Latest
You are at:Home»FXStreet News»GBP/USD has sold off slightly as MP’s grill Johnson but the FOMC is just around the corner

Fundamental backdrop – What will the Fed do next

The FOMC meeting is very close and GBP/USD has lost some ground leading into the event. The Fed are expected to give the market more details about the average inflation plan and also the new targeted employment policy. It was just recently that Fed Chair Powell announced the changes at the Jackson Hole event.

No changes to rates are expected but the market are looking for more clarity regarding policy changes. Will the new employment target allow more room for additional stimulus?.

The UK government has also been putting their questions to PM Johnson as the number of hospitalisations spikes higher again in the UK. There has been a whole issue around the lack of tests being made available to carers, hospital staff and educators in the UK at the moment. There have also been some vague rumours that the UK may need to increase the amount of lockdown measures to curb this new spike in patient numbers.

Looking at the hourly chart the main level is the previous distribution point of control marked in orange. If there is to be a spike lower then this could be an important level to watch. If the FOMC is bearish then a break of the blue resistance zone near 1.30 could be an indicator of a move to higher levels. The next resistance is up at the green level near 1.3250.

On the downside, the pink chart pattern along with the main low under 1.28 could provide some support but as you can see the recent trend has been down so the momentum might still be with the bears.

The indicators have been bullish of late. The Relative Strength Index is above the 50 area and moving away from overbought level. While the MACD histogram was green but now there looks like there could be a bearish turn but we need to see what new developments come from the Fed. 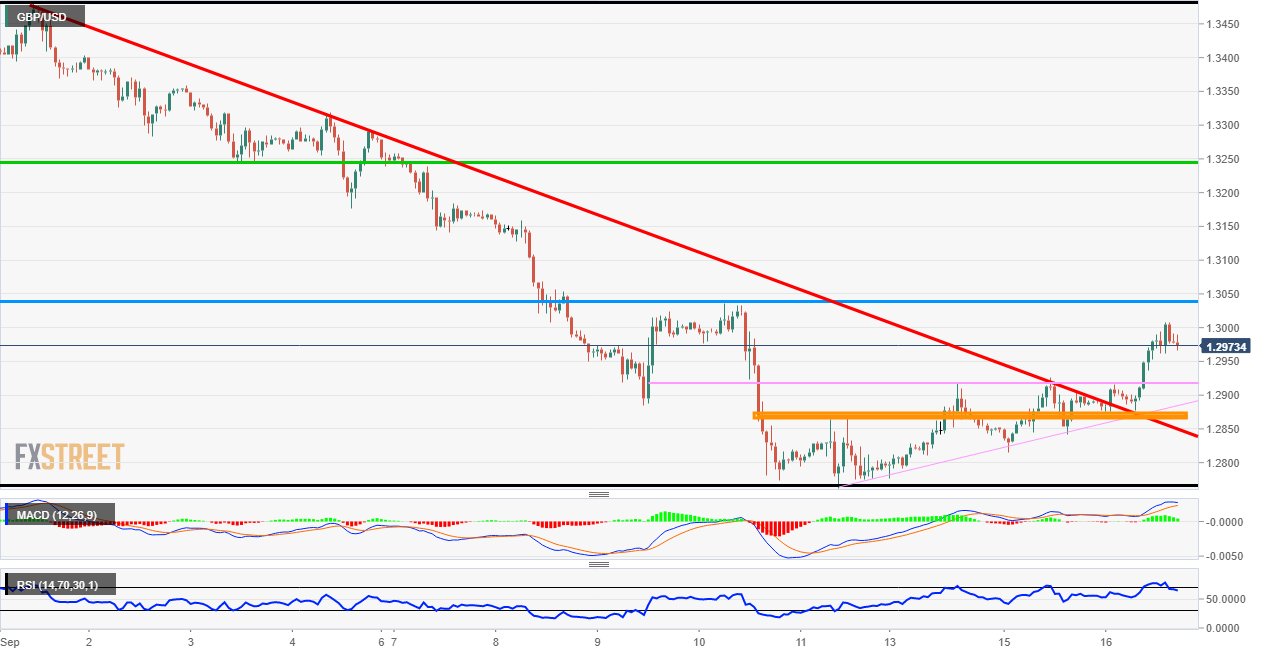 Get the 5 most predictable currency pairs
Previous ArticleWTI prints $40bls and completes a 50% mean reversion of daily sell-off
Next Article Breaking: Fed sees economy shrinking at a softer pace in 2020 than previously forecasted