Latest
You are at:Home»Forex News»GBP/USD may surge to 1.38 with a push from Powell

The UK has surpassed 100,000 coronavirus deaths – but has also vaccinated over 10% of the population with at least one shot. Investors have been focusing on the latter figure and pushing the pound higher, especially as the EU is battling AstraZeneca around doses supplies.

Apart from proceeding at full speed on the inoculation front, Britain’s caseload is also falling, providing hope that the lockdown is removed sooner rather than later. Wednesday’s publication of upbeat jobs figures – the Unemployment Rate remains depressed at 5% – is also supporting sterling. 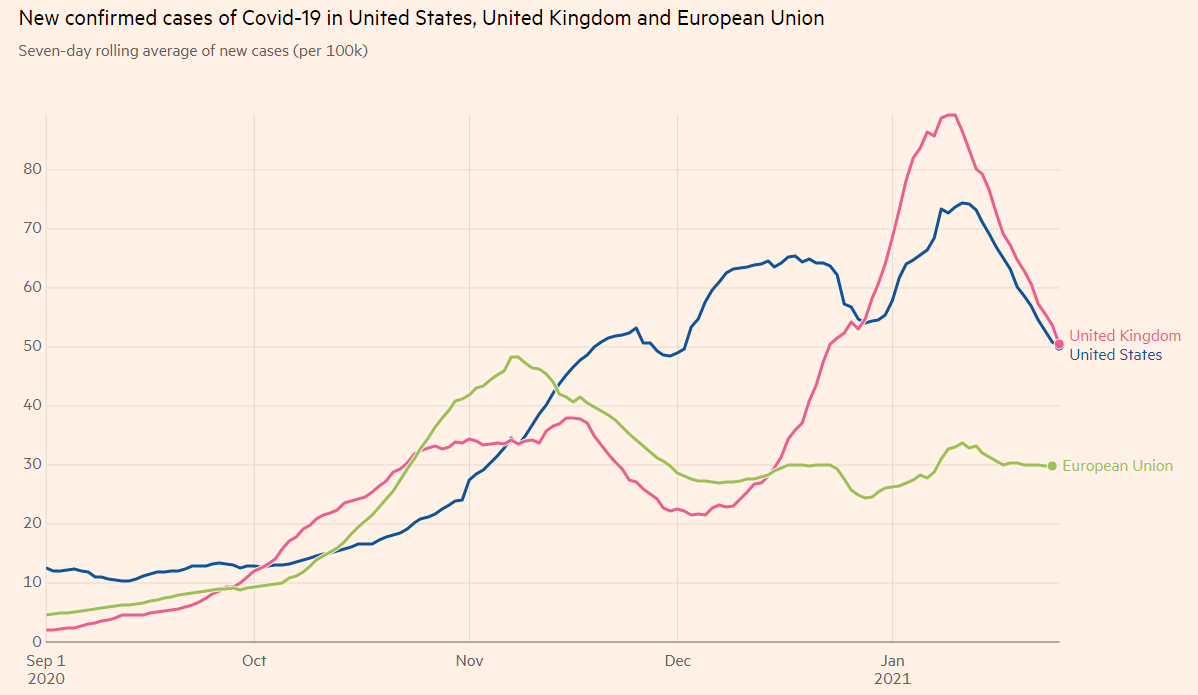 The focus now shifts to the US Federal Reserve. Investors are keen to know if the bank’s next step is cutting down on its bond-buying or rather ramping it up. On the one hand, the US is also expanding its vaccination campaign and President Joe Biden is advancing his stimulus bill. Moreover, exuberance in stock markets – such as in Gamestop – may also support cutting down support from the Fed.

On the other hand, recent economic data has been weak. The US lost 140,000 jobs in December and Retail Sales tumbled in both November and December.

Overall, the pound has reasons to rise but the next moves heavily depend on the Fed.

Pound/dollar remains in an uptrend, benefits from upside momentum while the Relative Strength Index is still below 70 – outside overbought territory.

Get the 5 most predictable currency pairs
Previous ArticleNZD/USD trades with modest losses near 0.7230 ahead of key US events
Next Article AstraZeneca pulls out from meeting with EU on vaccine supplies – Reuters