Latest
You are at:Home»Forex News»GBP/USD suffers from Trump this time as Brexit is pushed aside

2016’s two dramatic continue dominating markets. US President Donald Trump has announced new tariffs on Mexico – and the shockwaves are felt well beyond North America. The US will impose a 5% levy on all Mexican goods entering the US on June 10th, and the duties will rise to 25% in October if Mexico does not curb the inflow of migrants into the US. The news exacerbated the risk-averse mood – triggered by the intensifying US-Sino trade spat – sending the greenback higher.

The old-new front in trade wars has replaced Brexit uncertainty as the dominant theme for GBP/USD. Members of the Conservative Party consider a “cull” in the leadership contest, limiting the number of contenders. There are over a dozen MPs who want to succeed incumbent PM May. While former foreign secretary Boris Johnson remains the leading candidate, he may face fierce competition. Uncertainty weighs on the pound.

In the UK, Nationwide’s house price index disappointed with a drop of 0.2% in May, indicating jitters in the housing market. Mortgage approvals and net lending to individuals are due later, but the focus remains on politics.

US data is of greater importance in recent days. US first-quarter GDP met expectations with an annualized increase of 3.1% but the inflation component was downgraded, casting doubts about the quality of growth and also raising the chances of a rate cut by the Federal Reserve. The central bank sees weak inflation as temporary. Today’s Core PCE figure – the Fed’s preferred gauge – puts this theory to the test.

US personal spending, personal income, and the final consumer confidence number from the University of Michigan will also be of interest. As the month draws to a close, institutions will rush to adjust their portfolios and this may cause jitters.

Overall, further developments on trade and in UK politics are set to dominate. 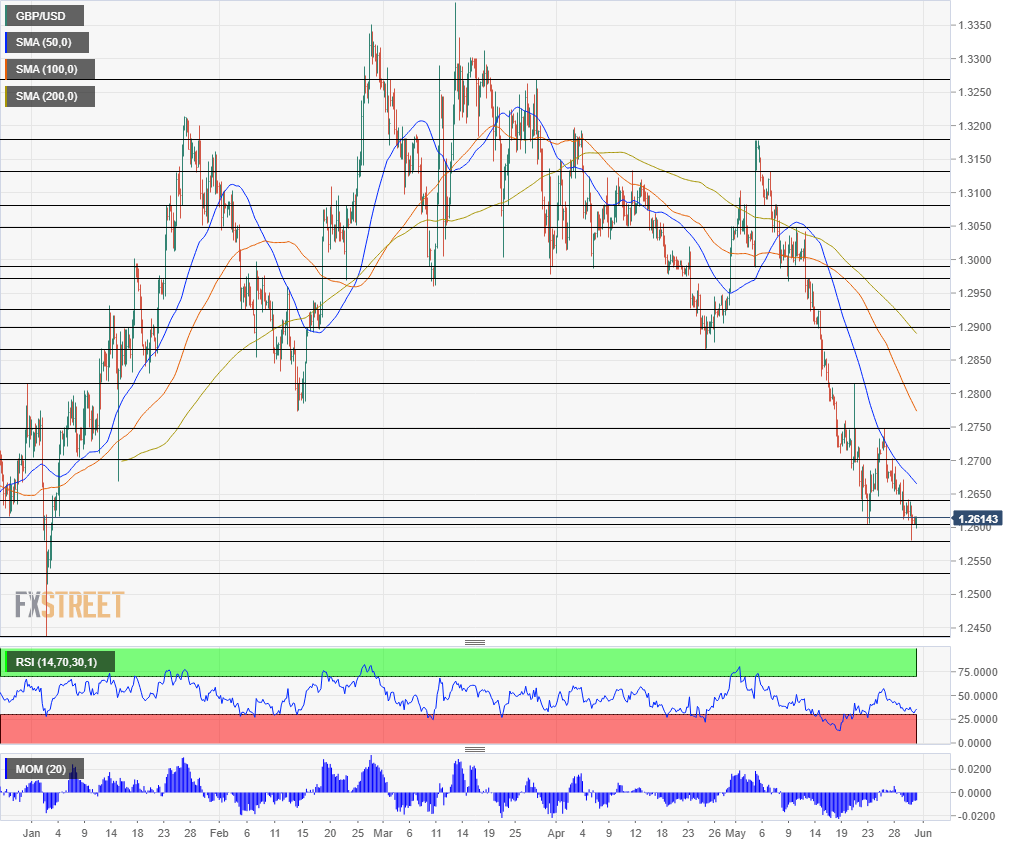 The Relative Strength Index on the four-hour chart is just above 30 – still out of oversold territory – allowing for more falls. Other indicators such as momentum also lean lower, showing that bears are in control.