The end of Theresa May’s era begins at the end of May. The PM has just announced she will step down as Conservative Party leader on June 7th. The decision has been mostly priced in markets. Nevertheless, Sterling remains pressured on the political uncertainty that follows her move, or perhaps due to the growing certainty that her successor may be Boris Johnson  — which may lead the UK to a hard Brexit.

The PM made the decision after immense pressure from her fellow Conservative ministers and MPs. After having failed to pass her Brexit deal in parliament three times, she proposed a new deal which included an option for a second referendum earlier this week. It was the straw that broke the camel’s back. GBP/USD hit a four-month low on Thursday as May’s position became untenable.

However, cable emerged from the lows due to USD weakness. The ongoing trade spat between China and the US triggered demand for safe-haven US bonds. Weak US figures — Markit’s PMIs and new home sales which all missed expectations — intensified the demand for the safe-haven US Treasuries and the yield dropped to the lowest since December 2017. Lower bond yields, in turn, make the greenback less attractive.

Fresh data is due today: durable goods orders for April which serves as an insight into the second quarter. The effect of the data on bond yields is critical.

See US Durable Goods Orders Preview: Sentiment is not enough

UK retail sales were flat in April, but the release was overshadowed by May’s dramatic announcement. 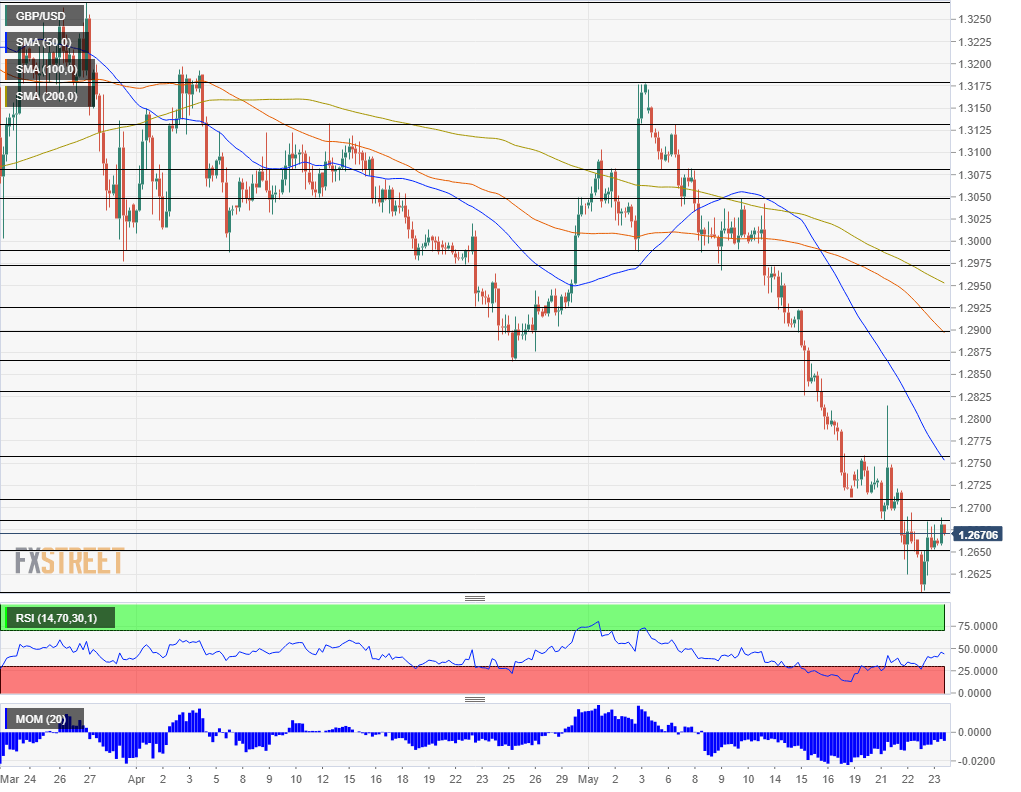 GBP/USD is trading below the 50, 100, and 200 Simple Moving Averages on the four-hour chart and momentum remains to the downside. Moreover, the Relative Strength Index is above 30, out of oversold conditions it experienced earlier this week.

Looking up, 1.2685 was a temporary support line early in the week. It is followed by the fresh high at 1.2708 which was also the low point last Friday.