The GBP/USD weekly forecast is bullish as the price found respite at 1.3000 psychological level despite the central bank divergence.

Risk-sensitive currencies like the British pound have been relieved by optimism regarding the probable truth between Russia and Ukraine. As a result, the GBP/USD pair staged an impressive comeback as the US dollar failed to capitalize on the Fed’s dovish outlook. Although the Bank of England (BOE) raised interest rates cautiously, Cable posted its first weekly gain in four weeks. Next week, data on UK inflation and US durable goods will be closely watched, while geopolitical developments in Eastern Europe will also be closely monitored.

GBP/USD started the week poorly on Monday, continuing its previous decline and dropping to 1.3000, the lowest level since November 2020. Investors hoped that the Russian-Ukrainian war would de-escalate, which delayed the rally in the market. US Treasury yields rose across the board, with benchmark 10-year Treasury yields returning to an important 2% level, mainly due to a rally in the US dollar.

The sterling bulls eventually gained control, leading a solid recovery in the major currencies that continued into Thursday. However, as markets repositioned ahead of Wednesday’s critical Fed decision, the US dollar lost its winning momentum and yields. The world’s most powerful central bank raised interest rates by 25 basis points, bringing their target range to 0.25-0.50%. Despite six more rate hikes this year on the Fed’s scatter chart, Chair Jerome Powell said each meeting is a live meeting.

The US dollar did not benefit from the Fed’s hawkish stance as market optimism overshadowed hopes for diplomacy in the Ukraine crisis, eroding its safe-haven appeal. However, the currency pair pared all of its Fed-inspired gains on Thursday following the Bank of England’s cautious rate hike. Despite the uncertainty in Ukraine and its risks to the country’s economic growth, the UK central bank raised interest rates for the third consecutive month by 0.25%. However, it did not specify its future policy stance. However, the video was accompanied by reports that Russia and Ukraine are negotiating a peace deal.

After neither side reported significant progress in talks, the GBP/USD pair failed to find support above 1.3200 as investors turned risk-averse again. US Secretary of State Anthony Blinken said late Thursday that Russia may be considering the use of chemical weapons. On Friday, when US President Joe Biden met with his Chinese counterpart Xi Jinping to discuss Ukraine, traders became cautious. With sluggish sentiment, an absence of updated economic data, and rising uncertainty surrounding the Russian-Ukrainian conflict, the dollar king tried to return.

The market’s risk perception from the upcoming Russian-Ukrainian update and the Fed and Bank of England’s divergent monetary policy will continue to impact the GBP/USD pair in the coming week.

Macro traders are bracing for a quiet start to a busy week, with Wednesday’s UK inflation data expected to be the first major event. Increasing oil prices caused by the crisis in Ukraine will lead to an increase in the UK consumer price index (CPI) to 6.0% from 5.5% previously. Also, in the middle of the week, the UK will release its annual budget report.

Markit services will be available on both sides of the Atlantic starting Thursday. In addition, the US Durables and Weekly Jobless Claims data, which could keep traders busy, are also important.

–Are you interested in learning more about forex bonuses? Check our detailed guide- 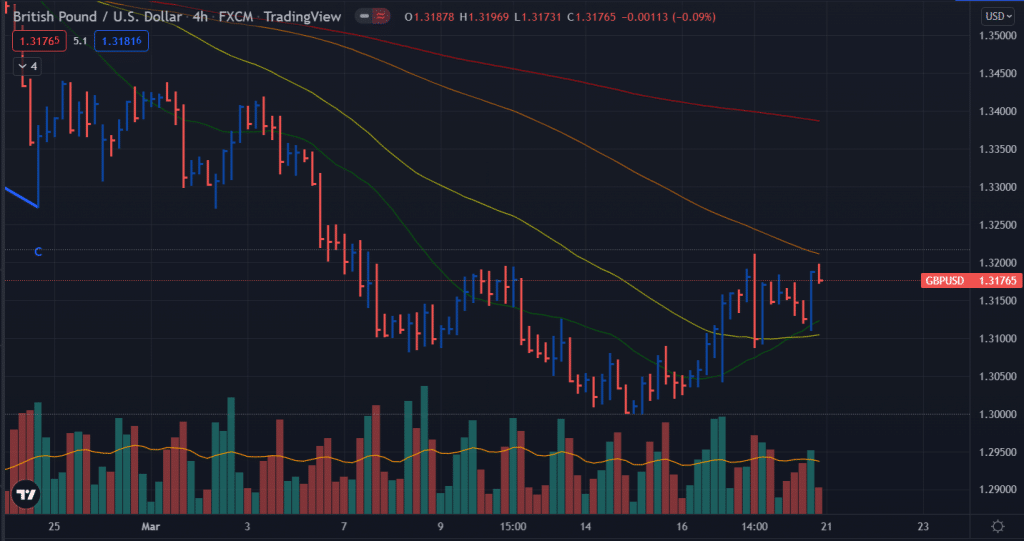 The volume data also reveals a bullish bias as the previous minor bearish wave was dominated by a widespread up bar with a very high volume. 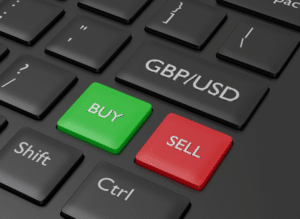 Bullish sentiment on sterling was saved by optimism on Ukraine and weakness in the DXY just above 1.3000. Differences in monetary policies from the Fed and Bank of England will be a factor, but UK inflation will be the focus. Russian and Ukrainian updates will be monitored as the recovery appears fragile. The GBP/USD weekly forecast is bullish as the price found respite at 1.3000 psychological level despite the central bank divergence. Risk-sensitive currencies like the British pound have been relieved by optimism regarding the probable truth between Russia and Ukraine. As a result, the GBP/USD pair staged an impressive…