Latest
You are at:Home»Forex News»GBP/USD: Why bears set to remain in control for at least one more day

Turnaround Tuesday – the relief rally on Monday has proven short-lived as the gloom returns to markets, and that is boosting the safe-haven dollar. The trigger came from a Chinese regulator who labeled foreign markets as a “bubble,” but the greenback is mostly benefiting from elevated US yields.

Returns on ten-year Treasuries have been hovering around 1.40% and they make the world’s reserve currency more attractive. The reason that investors continue to shy away from US debt stems mostly from the Federal Reserve’s Lassiez Faire approach – it is more worried about ten million unemployed Americans than about prospects for inflation. The latest to this message was Thomas Barkin, President of the Richmond branch of the Federal Reserve.

Lael Brainard, Governor at the Fed, speaks later in the day and she is unlikely to express concerns about rising long-term borrowing costs. In any case, investors are awaiting Chair Jerome Powell’s verdict on Thursday. The world’s most powerful central banker will speak for the last time before the Fed enters its blackout period ahead of its mid-March rate decision.

Sterling bulls are also on standby ahead of the UK budget presentation on Wednesday. Chancellor of the Exchequer Rishi Sunak is set to lay out new economic forecasts and potentially corporate tax hikes. Concerns that businesses would struggle with higher costs will probably continue weighing on sterling, at least until the full details are out. Uncertainty hamstrings the pound.

While the UK’s vaccination campaign gives it an edge, investors may err on the side of caution ahead of the budget and Powell’s speech. Another event awaiting markets is the Senate’s debate over President Joe Biden’s $1.9 covid relief package, due for discussion only on Wednesday. 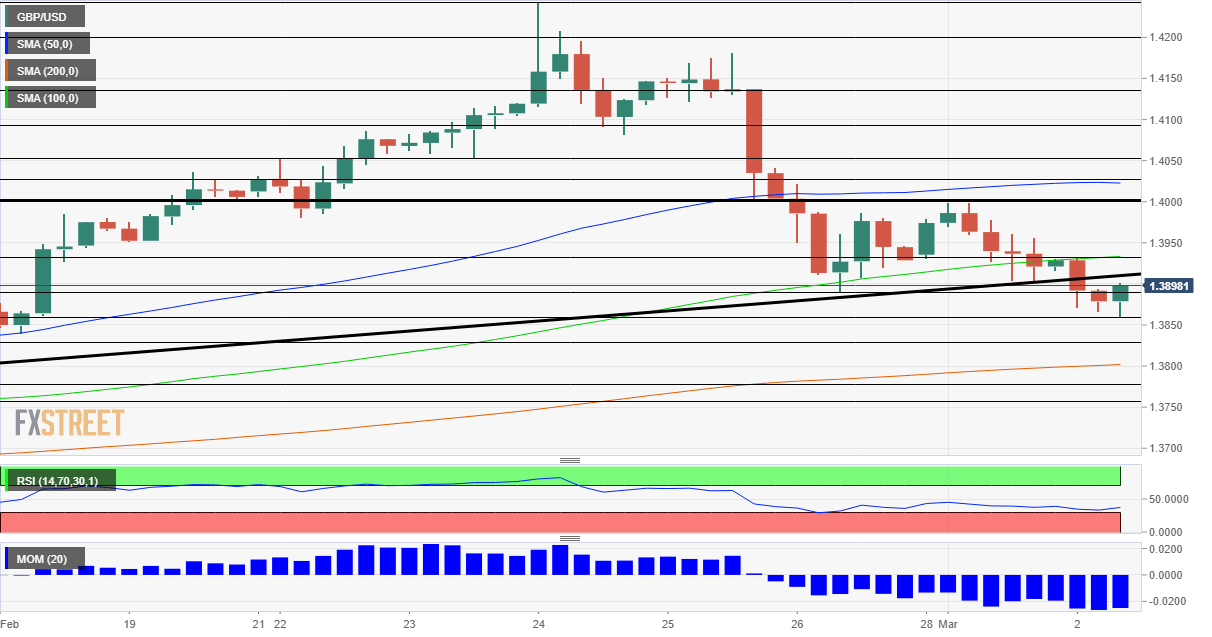 Pound/dollar has dropped below a long-term support line. Momentum on the four-hour chart remains to the downside and cable lost the 100 Simple Average. All in all, bears have the upper hand.

Get the 5 most predictable currency pairs
Previous ArticleEU’s Gentiloni: Working to allocate 13% of EU recovery funds to each country by summer break
Next Article USD/CHF points at further upside with next resistance at 0.9192/9208 – Credit Suisse