“Putting pen to paper” – such commentary from Washington about a fiscal stimulus deal has been pushing gold prices higher, while pessimism about a deal held it back. With time running out toward Election Day, the next bout of cash to fuel gold prices mostly depends on the outcome.

This week in XAU/USD: Stimulus speculation

When President Donald Trump completed his U-turn – from cutting off talks with Democrats to stating he wants a larger deal than them, gold advanced. The same happened when House Speaker Nancy Pelosi expressed optimism about striking an accord.

However, XAU/USD struggled after reports suggested that Senate Majority Leader Mitch McConnell advised the White House not to opt for a deal. The clock is ticking down to the Elections on November 3, and markets are becoming skeptical that a multi-trillion deal could be passed through Congress.

Next week in Gold

The last full trading week before the US elections will likely put the spotlight on opinion polls. Challenger Joe Biden is leading the polls, but his victory is far from guaranteed. Moreover, the race for the Senate is much closer.

Biden has a considerable lead, yet narrowing:

The best-case  scenario for gold is that Biden and Democrats win full control – thus enabling them to approve a generous stimulus bill – positive for XAU/USD. If Trump wins and Republicans hold onto the Senate, there is still a good chance of a significant relief package, albeit somewhat smaller.

The worst-case scenario for the yellow metal is a Biden victory with a split Congress, an outcome that could paralyze Washington and potentially result in a minimal package. Senate polls are no less important than those for the presidency.

The first release of US Gross Domestic Product for the third quarter is forecast to show a substantial rebound after crashing in the previous period. An annualized increase of over 30% is expected. If GDP beats estimates, it could diminish the size of the  relief package, while a miss could increase it.

The European Central Bank’s rate decision is also set to move gold. Coronavirus cases are surging in the old continent, and several governments have imposed restrictions on activity and movement.

The ECB deployed its Pandemic Emergency Purchase Program (PEPP) in the peak of the first wave, and could now open the door to printing more money. If Christine Lagarde, the bank’s president, hints at more action, gold could shine.

Here are the key events for gold on the economic calendar:

Overall, the precious metal is set to react  positively to additional monetary and fiscal stimulus and retreat in their absence.

Gold is trading within a narrowing wedge or triangle. According to technical textbooks, this pattern of near-symmetrical lower highs and higher lows implies a significant move is coming once the price of a troy ounce breaks above these barriers.

Where will XAU/USD go? It is trading above the 100 and 200-day Simple Moving Averages but has failed to break above the 50-day SMA. Momentum is marginal to the upside.

Critical resistance awaits at $1,933, which has capped the price twice in October. A break above this level would free gold of downtrend support and the 50-day SMA. The next level to watch is $1,975. which held the metal down in September. Further above, $1,995 and $2,020 await XAU/USD.

While election uncertainty is set to increase, gold has a chance of a break to the upside – due to technicals and perhaps a push from the ECB.

The FX Poll is pointing to bullishness on all timeframes, with ascending price targets. Do experts foresee massive fiscal and monetary stimulus? 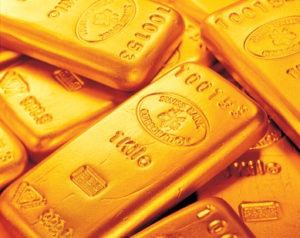 Bitcoin Price Analysis: BTC decouples from the S&P 500, bulls double it down

Gold has been battling the $1,900 level amid fiscal stimulus speculation. Pre-election polls and US GDP stand out in the upcoming week. Late October's daily chart is showing a triangle pattern. The FX Poll is painting a decisively bullish picture. "Putting pen to paper" - such commentary from Washington about a fiscal stimulus deal has been pushing gold prices higher, while pessimism about a deal held it back. With time running out toward Election Day, the next bout of cash to fuel gold prices mostly depends on the outcome. This week in XAU/USD: Stimulus speculation When President Donald Trump completed…