As per the prior analysis, Gold Price Analysis: Bears testing the commitments of the bulls, where the downside was projected to terminate in the low $1,700s, the price has indeed corrected from $1,707.33 and moved in for a higher correction.

”…a deeper target of $1,705 could be on the cards if the price is measured from the deeper 4-hourly correction.” 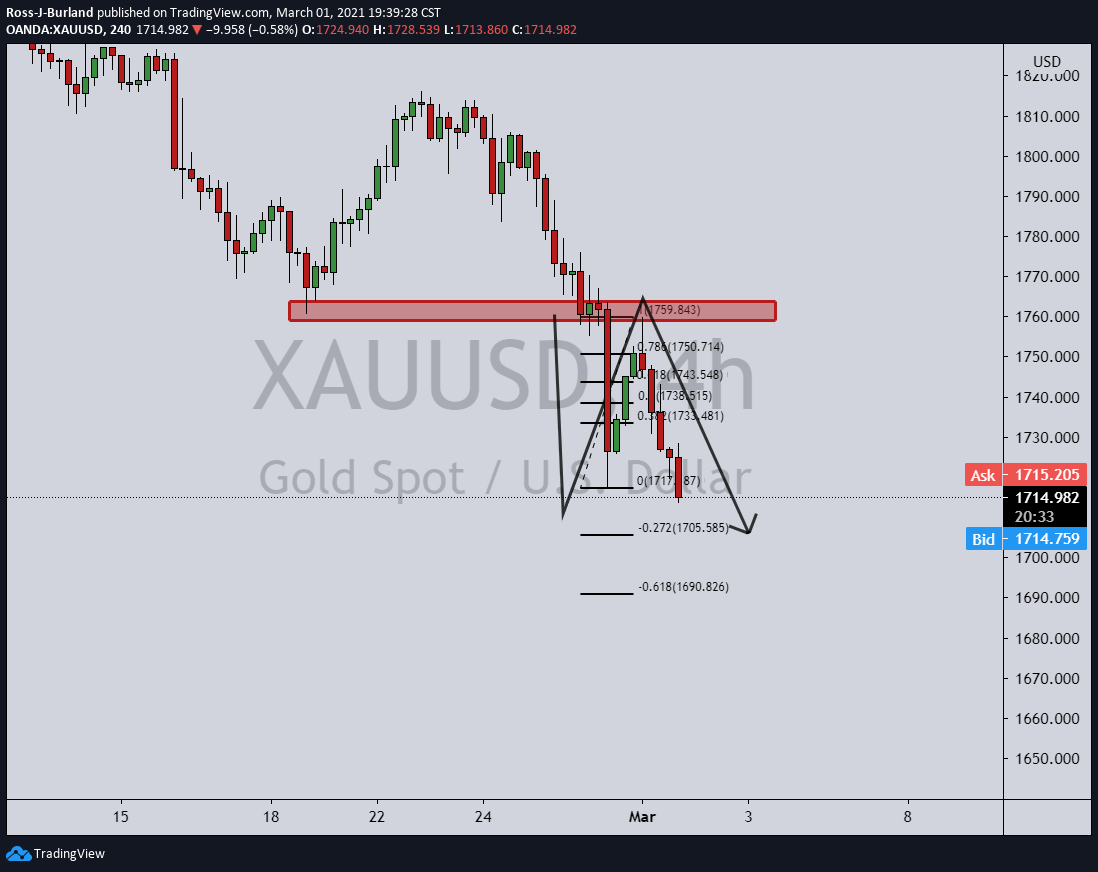 ”Meanwhile, however, the daily bearish impulse is expected to stall at this juncture and a significant correction could be on the cards before the downside can continue as explained in the following analysis:

The fresh lows make for a strong influence of resistance higher up at a 50% mean reversion that meets the latest highs and prior lows.

The upside is expected, however, as the MACD turns less negative and the 10 SMA approaches the 21 SMA.

In doing so, there will be a completion of a bearish W-formation on the 4-hour chart as the price meets resistance.

Get the 5 most predictable currency pairs
Previous ArticleDogecoin price gains traction after 1,800 ATM locations in the U.S. started accepting it
Next Article Forex Today: Dollar down alongside yields