Update June 15:    After dropping to its lowest level since mid-May at $1,844 on Monday, the XAU/USD pair staged a modest rebound during the American trading hours but ended up closing the day in the negative territory. In the absence of significant fundamental developments ahead of key data releases and events, gold seems to have gone into a consolidation phase and was last seen trading little changed on the day at $1,865. Later in the session, the US Census Bureau will release the Retail Sales data for May, which is expected to show a 0.8% decline on a monthly basis.

Relatively speaking, the greenback has hardly moved. As measured by the DXY, the index is flat and has stuck to a 90.4120 and 90.6010 range.

The dollar is in consolidation following Friday’s move that  was showing its strongest weekly gain since early May as investors likely positioned for the Federal Reserve meeting  this week.

Investors have been covering short positions and searching for carry in a low volatility forex environment. 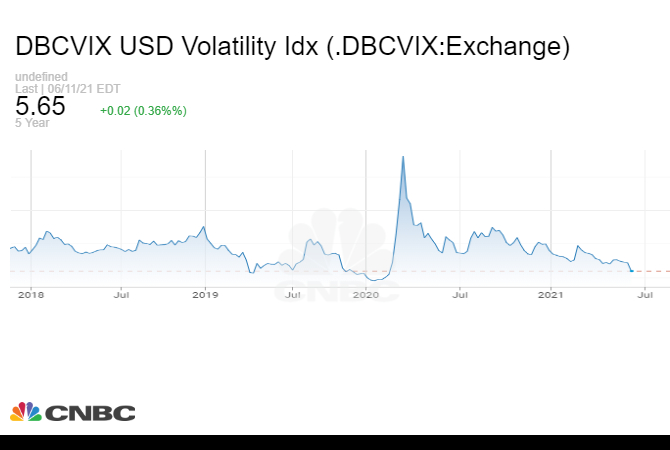 All eyes on the Fed

The Federal Reserve’s assertion that high inflation would be temporary has been weighing on the greenback for many weeks as US stocks reached record highs and US  yields chugged along the bottom of their sideways range since April.

The Fed meets for its 2-day June meeting tomorrow, with the policy decision and updated projections due on Wednesday.

The markets are on the lookout for the Fed to eventually announce a strategy for reducing its massive bond-buying program.

In turn, this has been supporting  the greenback to some extent.

However, while the magnitude of price rises in both April and May has been unsettling, caution should prevail this week because there is little chance of there being new taper hints so soon.

The members at the Fed believe that the current inflation reflects the historically exceptional circumstances only.

With that being said, the risk on Wednesday is if  inflation expectations are higher, ultimately feeding through to a more sustained rise in inflation over the medium term.

This would be more hawkish than what the markets are priced for and would most probably be  marginally positive for the US dollar.

”We expect that this week’s FOMC meeting is likely to bring upward revisions for PCE inflation in 2021,” analysts at Rabobank said.

”As long as further out inflation forecasts remain anchored the market should absorb this well.”

On the other hand, ABN Amro wrote in a note, ”the most likely course is that inflation decelerates over the coming months, settling back at more normal levels later this year. It is even possible we could get one or two weak readings in the months ahead, as some price rises look unsustainable and vulnerable to payback (particularly in used cars, a category driving 1/3 of the overshoot in April/May).”

”As such, although we expect a significant upward revision to the Fed’s current 2.4%  forecast  for PCE inflation in 2021 – perhaps a rise of more than a percentage point – we expect the FOMC statement to continue to describe the current inflation overshoot as transitory, and Chair Powell is likely to mount a vigorous defence of this thinking in the press conference.”

Bill Diviney at ABN Amro further  explained, ”at the same time, while Chair Powell might acknowledge that the Committee is now ‘talking about talking about’ a tapering of its asset purchases, we do not expect any concrete hints on this at the press conference. We continue to think a formal taper announcement could come by the September meeting – perhaps telegraphed at the Jackson Hole Symposium. This would pave the way for tapering to start in Q4.”

Meanwhile, analysts at TD Securities explained that considering that gold was set-up for a pullback like a speed bump on the racetrack, they  see risks for further weakness in prices as the talk of taper talk saps interest in the yellow metal at a time when flows are not particularly supportive.

”Golds failure to break $1900/oz despite the surprise non-farm payrolls and CPI inflation prints highlights a lack of speculative interest for the yellow metal, at a time when the technical break in inflation breakevens signals slowing inflation-hedging appetite.”

The daily chart has completed an M formation and a retest of the old lows would be expected at this juncture.

A 38.2% Fibonacci has a confluence with 4-hour structure as follows:

Update: Gold price remains in the red zone, on its way to mark the second straight down day, as the US dollar holds the higher ground ahead of the FOMC meeting. However, the decline in the US Treasury yields keeps gold’s downside in check.

On Monday, gold price almost tested the 200-Daily Moving Average (DMA) at $1840 before rebounding swiftly to near the $1870 supply zone. At the time of writing, gold price is down nearly 0.40%, flirting with the daily lows near $1860. Gold’s path of least resistance appears to the downside amid mixed market sentiment, which will underpin the haven demand for the US dollar. Attention now turns towards the US Retail Sales release for fresh impetus while the Fed begins its two-day monetary policy meeting later on Tuesday.

Update: Gold (XAU/USD) fades corrective pullback from a two-month low, around $1,867, during the early Asian session on Tuesday. Gold prices broke an ascending support line from March 31 on Friday and extended the south-run towards the lowest since mid-April the previous day. However, pick-up in the US dollar’s failures to track the pick-up in the US Treasury yields triggered the quote’s bounce off 200-day SMA (DMA) towards $1,870.

The recovery moves not only remain below the previous support line but also struggle with a horizontal area established during early June on the four-hour play amid a lack of fresh catalysts. Also contributing to gold’s lack of upside momentum could be the cautious market sentiment ahead of today’s US Retail Sales and Wednesday’s Federal Open Market Committee (FOMC) meeting.

Given the likely barriers to trading and the US dollar’s refrain from backing down, not to forget sustained trading below previous supports, gold prices may attack 200-DMA support on fresh declines.

Gold bulls have stepped in at the lows of the day pushing gold back to $1,860s. All eyes will turn to the Fed as the US dollar stays firm.   US dollar in focus ahead of the FOMC. Gold Weekly Forecast: XAU/USD tests key trend line ahead of FOMC meeting Update June 15:    After dropping to its lowest level since mid-May at $1,844 on Monday, the XAU/USD pair staged a modest rebound during the American trading hours but ended up closing the day in the negative territory. In the absence of significant fundamental developments ahead of key data releases…