Gold has been moving higher in the hope the Congress approves a multi-trillion fiscal stimulus deal. President Donald Trump is reportedly eager to strike an accord ahead of the elections, while his fellow Republicans seem reluctant to go with him, especially given his standing in the polls.

Will Trump get his way? The precious metal has been rising amid this optimism. How is it positioned on the charts?

The Technical Confluences Indicator is showing that gold is battling mid-sized resistance at around $1,927, which is the convergence of the Pivot Point one-week Resistance1 and the Simple Moving Average 5-15m.

A critical cap awaits at $1,939, which is where the Fibonacci 61.8% one-week and the 50-day SMA hit the price. Topping that level would unleash further upside.

Support awaits at $1,918, which is a juncture including the previous weekly high and the Bollinger Band 4h-Upper.

Further down, $1,909 is another cushion, being the meeting point of the BB 1h-Middle and the BB-one-day Middle. 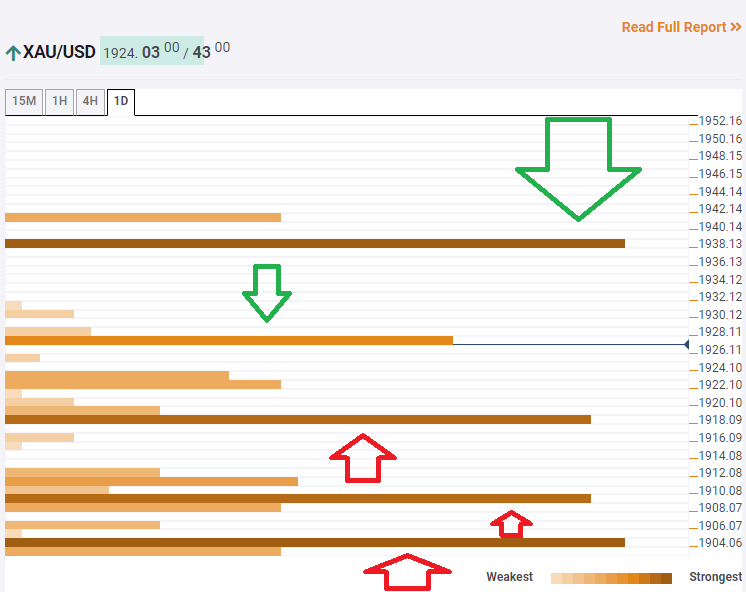