Home » Impact of the trade war on the financial markets

Impact of the trade war on the financial markets

The trade war and U.S. politics offer multiple trading opportunities, but there are 3 or 4 instruments that will directly concern investors who trade. The most directly affected instrument is probably stocks. Stocks tend to move down upon news that trade tariffs are to be introduced or that talks are not going well.  Trade tariffs make goods more expensive to consumers and they will buy less of them. If consumers buy fewer products, the stock prices of the companies producing those products will go down.

But some stocks are more exposed than others. Companies with extensive operations in the Chinese market, or who sell to China are at a higher risk since they will be targeted by Chinese tariffs.

Industrial sectors and even tech sector stocks have already been impacted and may face further difficulties. 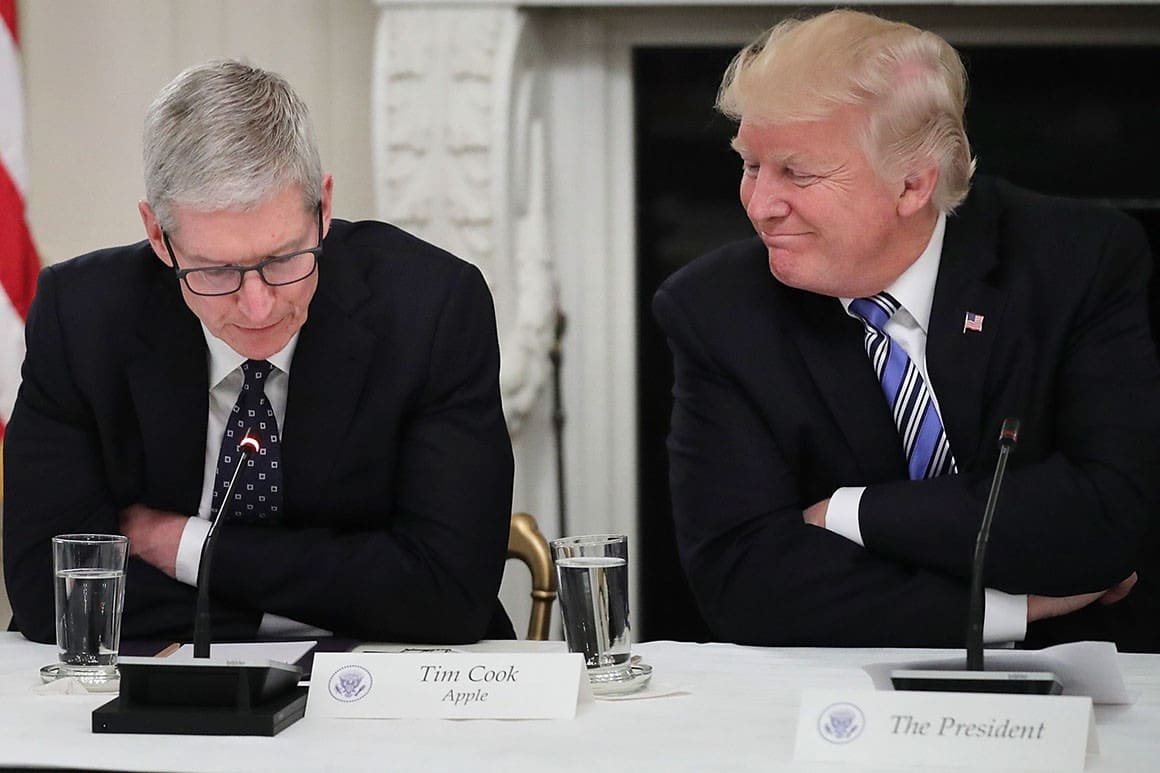 Specifically, Caterpillar, Apple, and Boeing are among those who stand to suffer in a longstanding trade war. Apple, for example, makes around 15% of its sales in China. Boeing sells airplanes worth millions to Chinese airlines, where demand for air travel continues to rise while China might instruct its airlines to buy the EU’s Airbus rival instead.  Apple CEO Tim Cook directly blamed the trade war for poor iPhone sales in China. And it’s true that the Chinese economy has shown many signs of economic weakness and is drastically slowing from its impressive figures in previous years. Most analysts agree that China is already suffering the consequences of the trade war, but warn that the longer it continues the greater the chances that the US and other economies will also slow down. 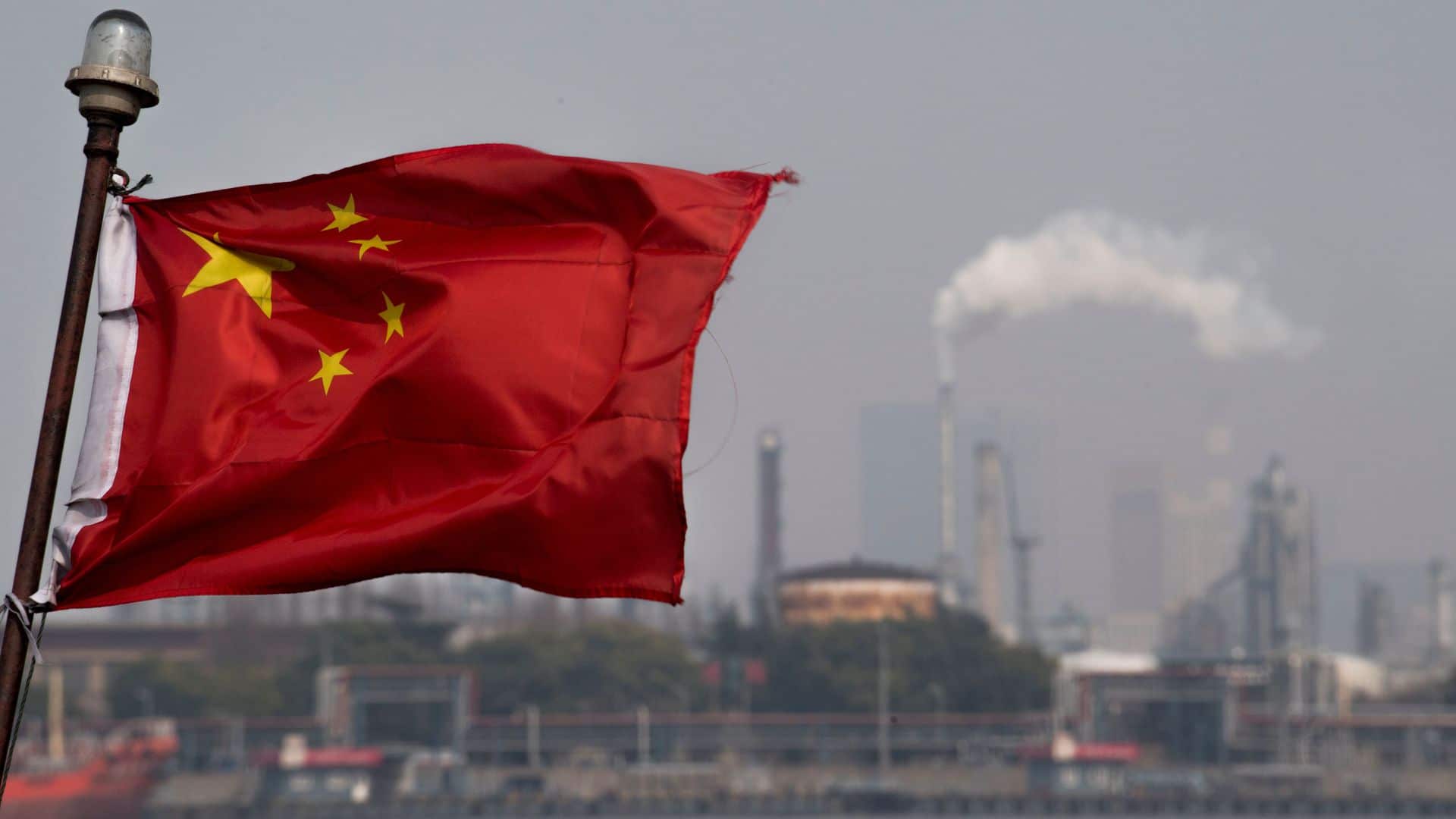 How many tariffs have been introduced so far? 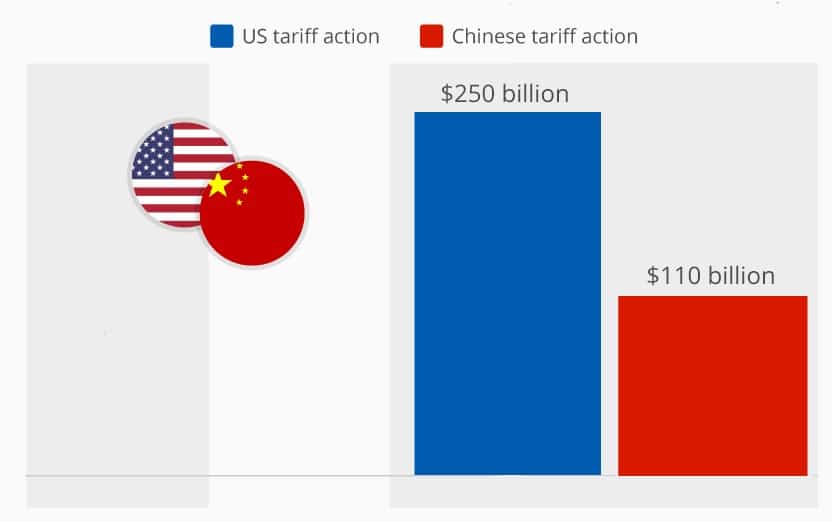 The world’s two largest economies (the US and China) have been locked in an escalating trade battle. In 2017, the  US launched an investigation into Chinese trade policies  and has steadily imposed tariffs on Chinese products throughout 2018. So far, the US has imposed three rounds of tariffs on Chinese goods, totaling more than $250 billion. China has responded by saying the US has launched the largest trade war in history and with its own tariffs worth $110 billion. 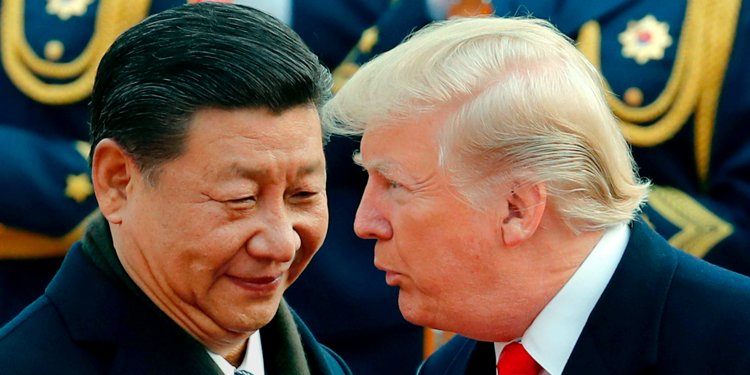 The US and China are involved in senior directly level negotiations. Both countries would like to reach a deal before the March 1st deadline. On March 1st the widespread tariffs of 10% on many goods will increase to 25%. Some reports suggest that no breakthrough is expected, but it is possible that the US will agree to extend the deadline a further 90 days if progress is made.

If this middle way is achieved, no immediate solution, but no new tariffs and agreement to continue talks one might expect this to provide slightly positive upward pressure on stocks. No significant impact on the dollar and slight downward pressure on Gold prices might also be in prospect.

If talks end with no agreement and existing tariffs are extended on March 1st the markets are expected to react negatively with stocks falling in the short to medium term. The dollar would likely be boosted in value and Gold would probably rise as investors move away from riskier assets and invest in Gold instead. On the other hand, Crude prices may stagnate or drop back to its lowest levels so far this year.

The best case or bull scenario for stocks is also the least likely. The US and China sign a large ranging agreement to end the trade war and to cancel existing tariffs. This would likely push stock prices sharply higher and market sentiment would improve greatly potentially leading to a far better result for stocks by the end of the year. This result would likely provide a welcome boost to oil prices too.

At time of writing trade talks have been extended and some progress has been reported, this is improving sentiment slightly but much remains to conclude an initial agreement or joint communique, let alone for a comprehensive deal to be signed. And it shouldn’t be forgotten that the US and the EU have their own stalled trade talks to resolve with the US threatening a 25% tariff on EU car imports which has already negatively affected stock prices of companies like BMW and Volkswagen.

Fortrade Ltd is authorised and regulated in UK by FCA under the licence number 609970.

Risk Warning and Disclaimer: CFDs are complex instruments and come with a high risk of losing money rapidly due to leverage. 84% of retail investor accounts lose money with this provider. You should consider whether you understand how CFDs work and whether you can afford to take the high risk of losing your money. Be Aware: You can lose all, but not more than the balance of your Trading Account. These products may not be suitable for all clients therefore ensure you understand the risks and seek independent advice. This material does not constitute an offer of, or solicitation for, a transaction in any financial instrument. Fortrade accepts no responsibility for any use that may be made of the information and for any consequences that result. No representation or warranty is given as to the accuracy or completeness of this information, consequently any person acting on it does so entirely at their own risk. 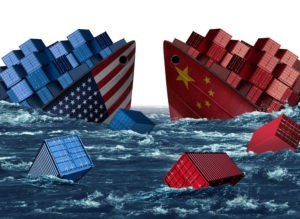 The trade war and U.S. politics offer multiple trading opportunities, but there are 3 or 4 instruments that will directly concern investors who trade. The most directly affected instrument is probably stocks. Stocks tend to move down upon news that trade tariffs are to be introduced or that talks are not going well.  Trade tariffs make goods more expensive to consumers and they will buy less of them. If consumers buy fewer products, the stock prices of the companies producing those products will go down. In order to trade successfully on the global markets, you need the relevant knowledge, so…