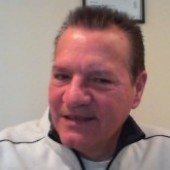 Last Friday, the monthly jobs report came out stating that the US economy created 165,000 new jobs in April versus 146,000 expected; additionally the unemployment rate fell to 7.5%.   This was viewed as positive news as evidenced by the markets on Friday.   The Dow hit the 15,000 mark and the news was cheered by the headlines stating “Lowest Unemployment Rate since 2008.”

Now, as an American I’m happy that the report was positive.   It’s certainly better than the number being reversed or negative.   However as I dig deeper I’m seeing other aspects of this report that doesn’t quite measure up.

ISM Non-Manufacturing PMI came in at 53.1 versus 54.1 expected.   Factory Orders came in at negative 4 percent.   Yes -4% versus -2.8% expected.   Hourly earnings crept up 4 cents but they’ve only increased by 1.9% over the past 12 months.   Additionally in January the labor force saw their paychecks decreased by 2 percent as the payroll tax holiday was over.   All of this means that purchasing power and the ability to fuel consumer spending is decreasing, not increasing.   This plus the full measure of the sequester has been felt yet throughout the US economy suggests a tepid report at best.

Another aspect that is never discussed is the plight of the long term unemployed.   These are people who lost their jobs by no fault of their own.   They worked for employers who decided to reduce staff during the Great Recession and seeing that their profits have increased decided not to call them back.   Whereas the official Unemployment Rate is 7.5%; the real rate when you take into consideration these people?   13.9%.   There are millions of them yet they’re not being counted as the Labor Department deems them to be “employed”.   I learned this lesson a long time ago during the recession of 2001.   Yes, there was recession after 9/11 in the United States.   A Labor Department official told me “well they must doing something, so they’re employed.”   Really?   Tell that to the people who are looking for work and have exhausted their unemployment benefits.   There are millions of them and they are not being counted.   This notion of “giving up looking for work” is a fallacy and ridiculous.   In my state of domicile you have to prove that you’re looking for work in order to receive the benefit.   The fact is the US economy isn’t creating enough jobs and employers are reluctant to hire.   The most vulnerable are those over the age of 50?   Now you might be thinking “well wouldn’t an employer want to hire someone with experience?”   At first glance this would make sense except an employer has to pay more money for an older worker not only because of the experience factor but also because it costs more money in benefits if the employer hires an older worker.   Insurance companies in the United States charge more for healthcare benefits based on age.   They use the law of large numbers to their advantage as they determine premiums based on age and demographics, by that I mean where you live.   Yes, where you live has a factor as well.

Another issue that comes into play is the “Affordable” Care Act aka Obamacare.   No one has yet taken into consideration what the ramifications are despite the fact that we have 8 months to go before it’s implemented.   Given that I possess a Life and Health license in my state I can speak from authority on this.   Health insurance premiums are going up, virtually by the month.   The “voucher” program only applies to those families making less than $93,000 a year in income and the closer you are to the threshold, the less benefit you’ll receive.   The US government will do this not by paying the individual a direct benefit but by offering a credit based on income.   So in theory the US government will pay the insurance company.   But the law also states that everyone must have insurance, so who do you think will pay for the benefits of the more than 40 million Americans who have no insurance?   You guessed it, you will.   I think people are going to find that the “Affordable” Care Act isn’t so affordable.

This jobs report although positive leads me to think that the numbers just aren’t adding up.   The US needs to create 250,000 net new jobs a month for an extended period of time in order to really reduce the unemployment rate.   Consider this, if we have 5.6 million unemployed persons and created 165,000 jobs that would mean that there’s 33 people for each job created.   The US needs to focus on economic issues and stop worrying about social ones. 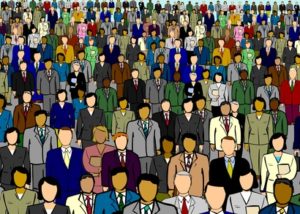 Last Friday, the monthly jobs report came out stating that the US economy created 165,000 new jobs in April versus 146,000 expected; additionally the unemployment rate fell to 7.5%.   This was viewed as positive news as evidenced by the markets on Friday.   The Dow hit the 15,000 mark and the news was cheered by the headlines stating "Lowest Unemployment Rate since 2008." Now, as an American I'm happy that the report was positive.   It's certainly better than the number being reversed or negative.   However as I dig deeper I'm seeing other aspects of this report that…