Latest
You are at:Home»Crypto News»JUST IN: Aave moves closer to decentralization via admin keys handover

The Aave governance program went live on the Ethereum network in September 2020. The mainnet release allowed holders to vote for proposals. The AAVE token was previously known as LEND, and holders voted to migrate the LEND token to the AAVE token using a 100:1 ratio.

According to the official announcement, now that the governance is thoroughly tested, the team has decided to migrate the protocol ownership to the governance smart contracts.

In the coming weeks, we will also update more parameters of the governance system in order to further decentralize the proposal submission process.

AAVE is in a robust downtrend and shows no recovery signs

Despite the announcement by the team of AAVE, the price of the token remains low at $32.25, losing more than 7% of its value in the past 24 hours. The 4-hour chart shows only bearish signs. 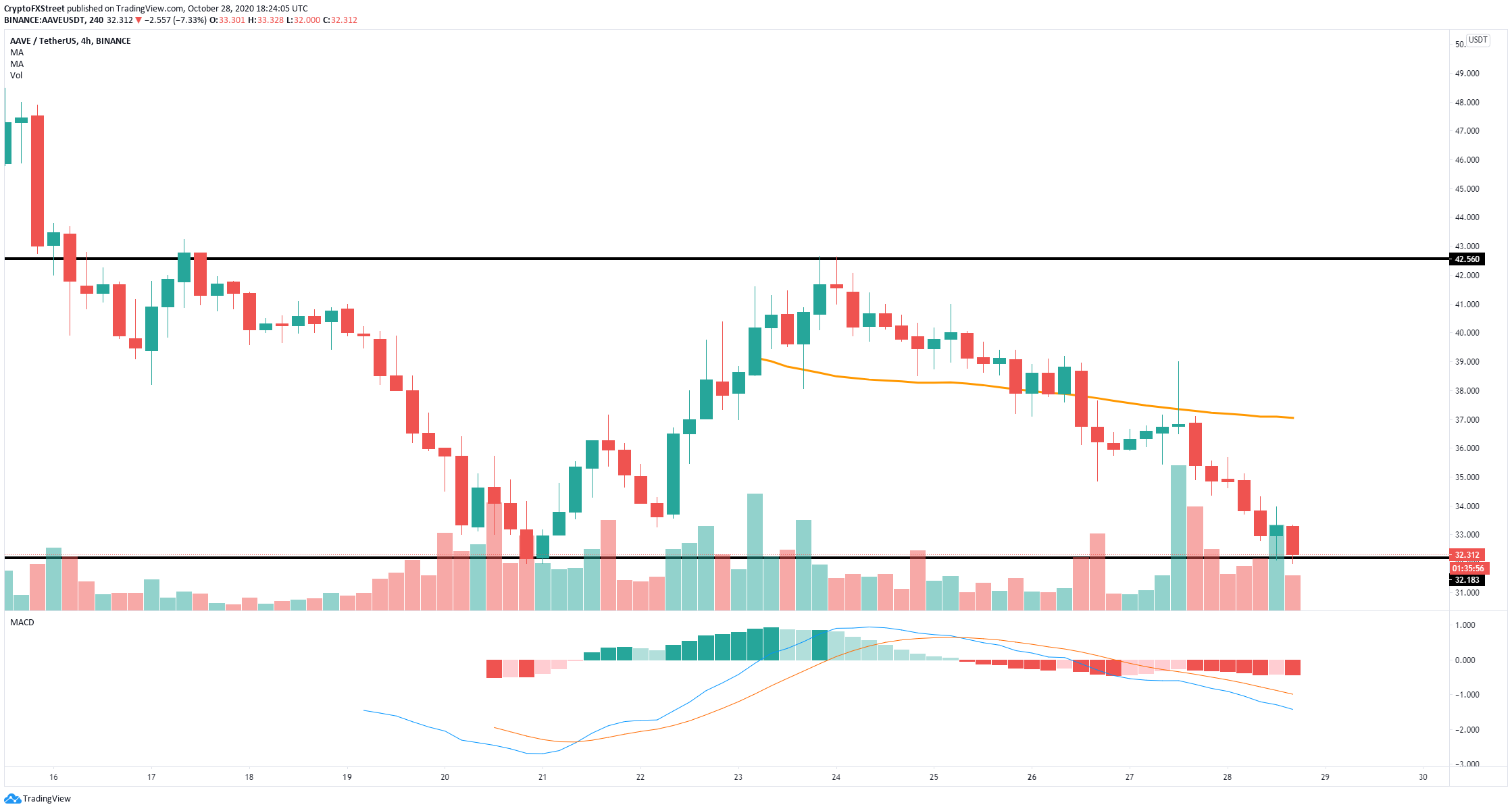 The MACD has turned bearish on October 25 and continues gaining momentum. The most critical support level is established at $32.18. A breakout below this point can drive AAVE to a new low down to $30.

Can the bulls confirm a double bottom?

On the other hand, AAVE’s price is currently at $32.30, right above the critical support level at $32.18. If the bulls can successfully defend this level, the odds of establishing a double bottom pattern will be magnified.

Successfully confirming the pattern would put a price target of $42.5 for AAVE bulls.

Get the 5 most predictable currency pairs
Previous ArticleAUD/USD bears seeking a break of the 0.70 psychological level
Next Article USD/CHF rejected at 0.9125, returns to levels sub 0.9100