Taking stock of price action in the loonie last week, the cry of the waterfowl has escalated to a wail, though we have yet to see the crescendo of pain for the domestic currency as we head into the Bank of Canada’s interest rate announcement on Wednesday.   Heavy one-way selling pressure on the loonie resulted in 10 consecutive days of higher closing prints for USDCAD, though initial price actionon Monday morning may jeopardize the streak of higher consecutive closes.   All eyes for loonie traders will be on the Bank of Canada rate announcementWednesday, where we expect the BoC will take steps to reduce the overnight lending rate further by 25bps.

The rationale from the Bank of Canada’s perspective will be that the problems that plagued the Canadian economy in 2015 have continued to gather momentum in the New Year, and will give Governor Poloz the requisite opportunity to take out additional insurance in the form of lowering the overnight interest rate to 0.25%.   The last Monetary Policy Report from the Bank of Canada was published late October of 2015, and since then oil prices have tumbled by roughly 40%, when at the time the last MPR was published, the Bank of Canada had forecast energy prices would stabilize around current levels.   The increased drag on economic performance as a result of energy prices taking another leg lower will likely lead to the amount of slack in the economy widening and GDP growth into 2016 faltering, and as such we feel the balance of probabilities lean towards Poloz and Co. notching down interest rates by a further 25bps.

While the loonie’s wings have been clipped since the start of January as falling oil prices have fanned speculation interest rate cuts are on the horizon, the overnight interest rate swap market is currently pricing in about a 65% chance the BoC cuts rates on Wednesday, so there is likely further downward pressure that could weigh on the loonie if another interest rate cut materializes.   Also, the precarious position of the loonie doesn’t appear to warrant a “buy-the-rumor-sell-the-fact” type of scenario, especially if the accompanying rate statement from the BoC continues to display a dovish slant and hints of further rate cuts in 2016, or some form of quantitative easing.   With the mass exodus of capital from Canada putting the loonie on shaky ground, further pessimism towards a rocky first half of 2016 would heap on additional selling pressure in the coming weeks.

To be clear, while we do forecast additional rate cuts from the Bank of Canada to materialize in 2016 as lower energy prices weigh down GDP, this is not to say we feel this is the proper prescription for economic prosperity in Canada, and instead suggest accommodative monetary policy is displaying diminishing marginal rates of return.   The Canadian consumer was heavily relied on to buffer the economy from an even greater slowdown due to the energy sector, but when interest rates are already close to the zero bound, the incremental benefit of going lower won’t be enough to stabilize the Canadian economy on its own.   Yes, the lower Canadian dollar will help stimulate the non-energy export sector, but the speed and velocity of its decent will take time to permeate through the broader economy, as companies can’t adjust fast enough to the rapid depreciation in the domestic currency.   Ultimately, fiscal policy will have to do a good amount of the heavy lifting, and we would assume the Federal Government will have to re-assess its current budget proposal and most likely run larger than expected deficits in order to help insulate the Canadian economy through this period of lower energy prices.

The one caveat to our expectation that the BoC will lower interest rate on Wednesday is that if Poloz deems the fall of the loonie has materialized in such a fashion that the absence of two-way volatility is unhealthy for Canadian business that have to transact in international markets, and as such leaves rates on hold to assess the previous interest rate cuts and how they are working their way through the broader economy.   We would place a fairly low probability on this materializing given GDP growth momentum heading into Q4 2015, recent activity from purchasing managers, and the fact that Poloz continues to highlight he is fine letting market forces dictate the value of the domestic currency.   That being said, if interest rates are held at current levels, consolidative forces could bring about corrective price action where the loonie could recoup 3-4% of its recent drop.   Even so, without a fundamental shift in the energy market, the loonie still remains a sell on rallies, and the ultimate target for the domestic currency is about 6-7% lower from current levels.

Draghi is back and is not alone 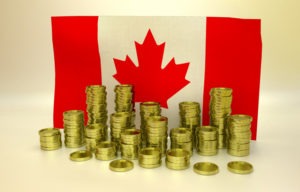 Taking stock of price action in the loonie last week, the cry of the waterfowl has escalated to a wail, though we have yet to see the crescendo of pain for the domestic currency as we head into the Bank of Canada's interest rate announcement on Wednesday.   Heavy one-way selling pressure on the loonie resulted in 10 consecutive days of higher closing prints for USDCAD, though initial price actionon Monday morning may jeopardize the streak of higher consecutive closes.   All eyes for loonie traders will be on the Bank of Canada rate announcementWednesday, where we expect the BoC…